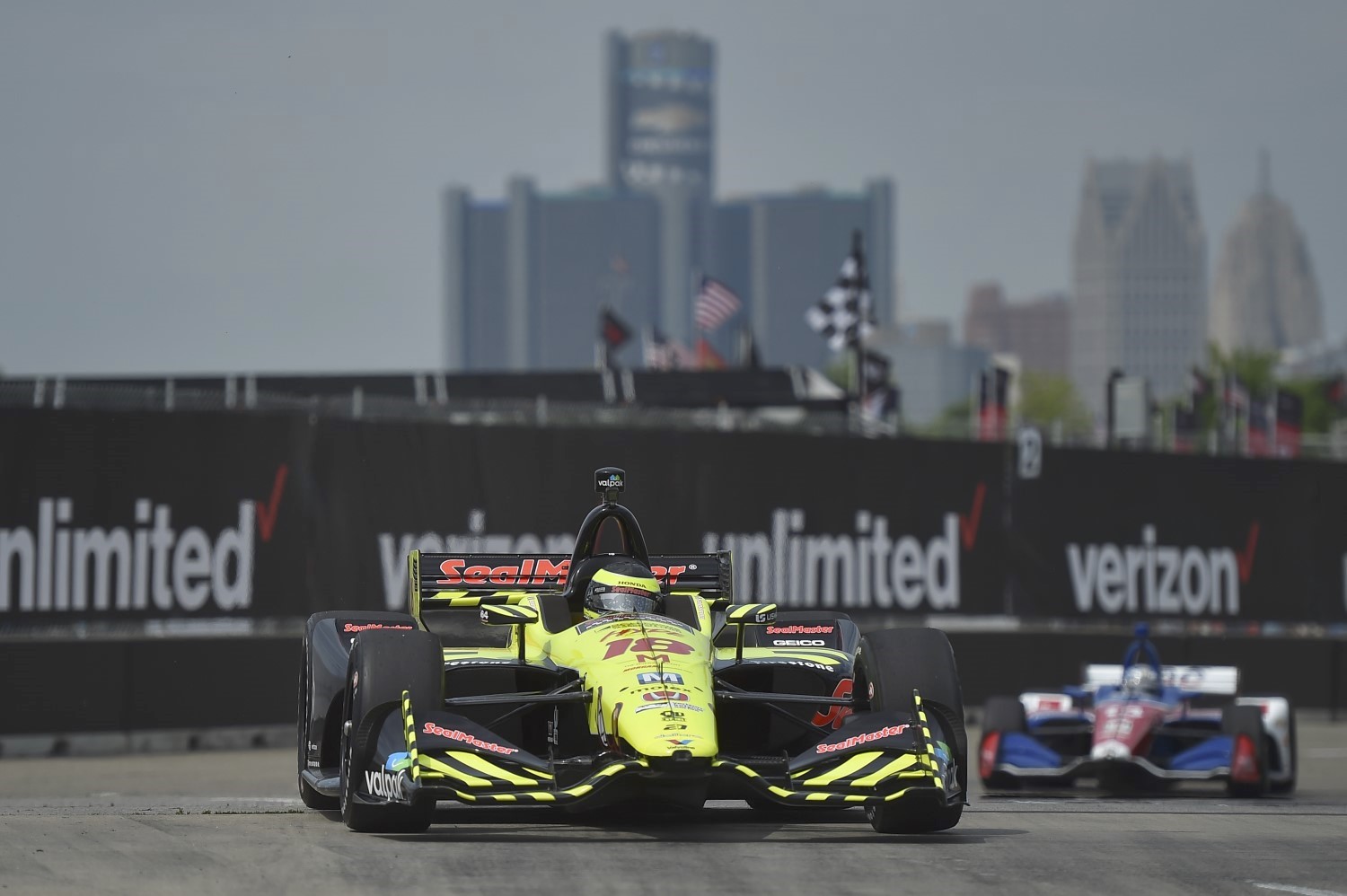 After getting beaten fairly badly at the Indy 500 last week, the Honda teams came out strong in the opening practice for this weekend's Detroit GP on Belle Isle.