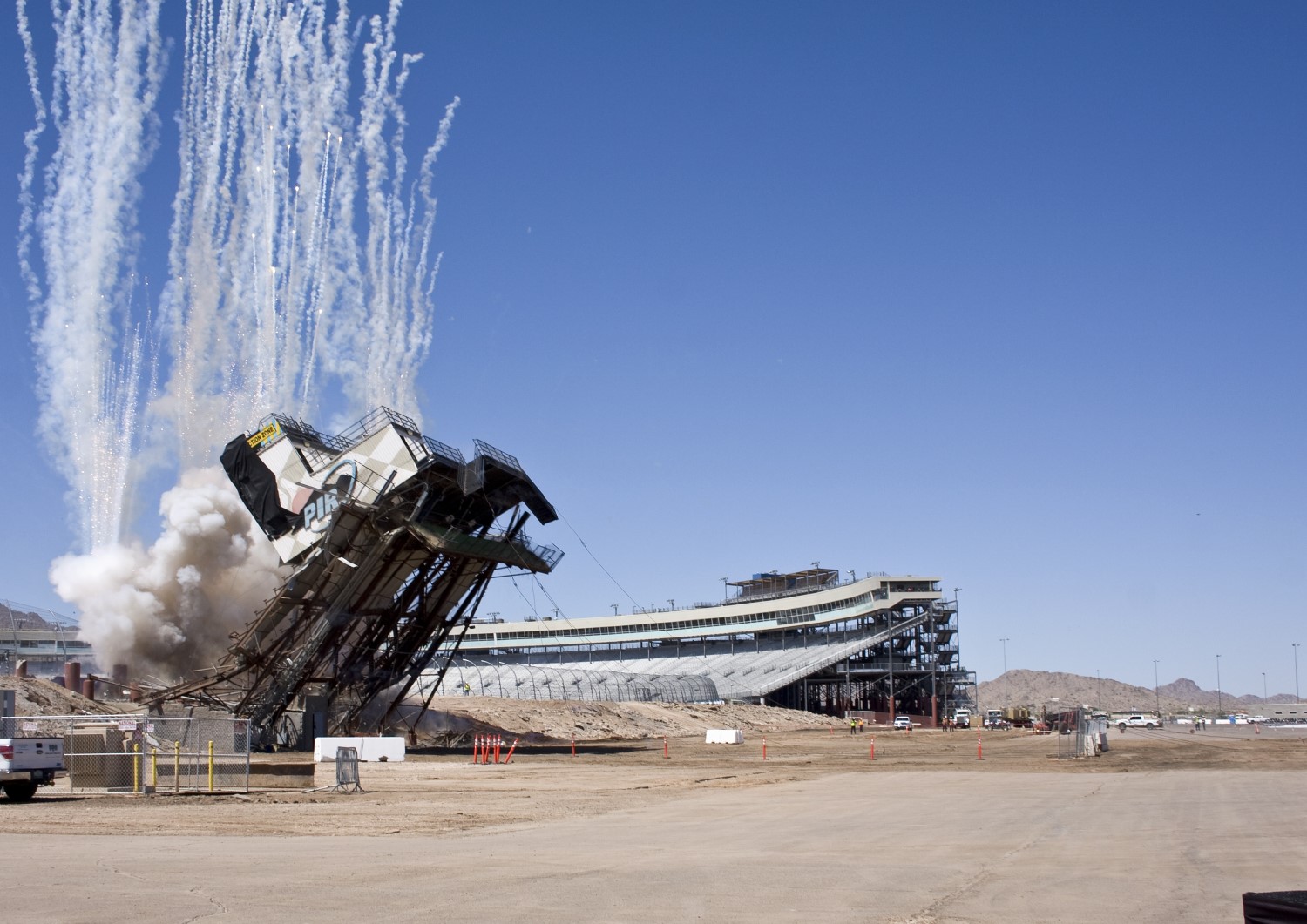 Today, ISM Raceway removed its 130-foot-high Race Control Tower in spectacular fashion as part of its $178 million ISM Raceway Project Powered by DC Solar. NASCAR Vice Chairman Mike Helton donned a hard hat and led the demolition by getting behind the wheel of a Cat D8T dozer. Helton was joined by ISM Raceway President Bryan R. Sperber, members of the Okland Construction team and ISM Raceway fans to mark the major milestone.

Track President Bryan Sperber said the 130-foot-high tower, which stood for decades above the grandstands an in front of the checkered line, was the "last vestige of the old Phoenix International Raceway." Construction crews "will now work around the clock to have the renovations ready" for the track's November NASCAR weekend. The tower "will be replaced by a race operations structure at the suite level"