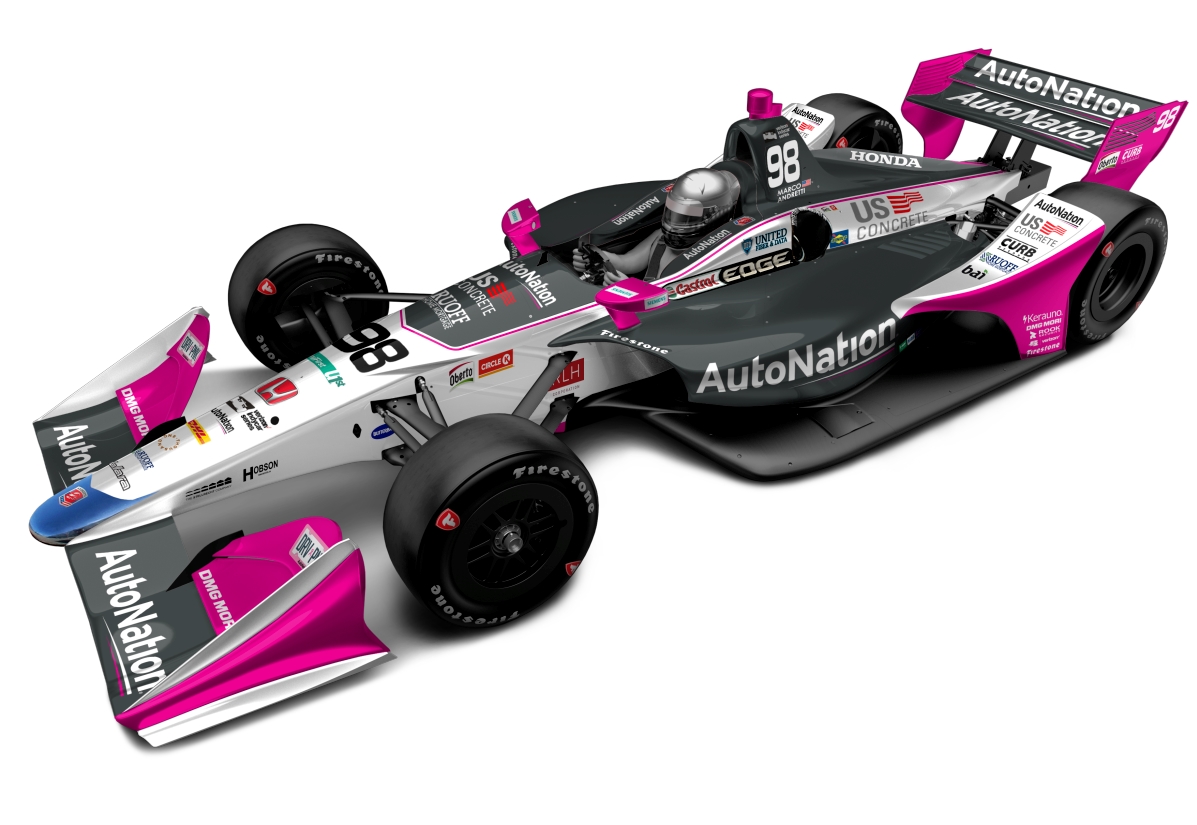 Longtime Andretti partner AutoNation, America’s largest automotive retailer, will take over the livery of Marco Andretti’s No. 98 machine as the team heads to Detroit’s Belle Isle. The livery will feature the bold colors of the South Florida based company’s Drive Pink campaign, as the third-generation Andretti driver races to raise awareness for the fight against cancer. Since 2013, AutoNation has contributed more than $14 million to cancer related causes.

“We’re very excited to expand our relationship with Andretti Autosport by sponsoring Marco in the Detroit races. We are thrilled that Marco will be joining Ryan Hunter-Reay in supporting AutoNation’s Drive Pink campaign to drive out cancer," says AutoNation Executive Vice President and Chief Marketing Officer, Marc Cannon.

AutoNation branding will continue to be featured on the No. 28 DHL car of Ryan Hunter-Reay. AutoNation and Ryan have a longstanding partnership, which includes raising funds for Racing for Cancer, a non-profit organization created to help promote early detection and prevention initiatives.

Andretti will take to the streets of Detroit alongside teammates Zach Veach (No. 26 Relay / Group 1001 Honda), Hunter-Reay (No. 28 DHL Honda) and Alexander Rossi (No. 27 Ruoff Home Mortgage Honda) as they take on the Motor City.

The Dual in Detroit will see races on both Saturday and Sunday, both beginning at 3:30 p.m. ET with live TV broadcast available on ABC along with radio provided by SiriusXM (Sirius 214, XM 209 and on the SiriusXM app).