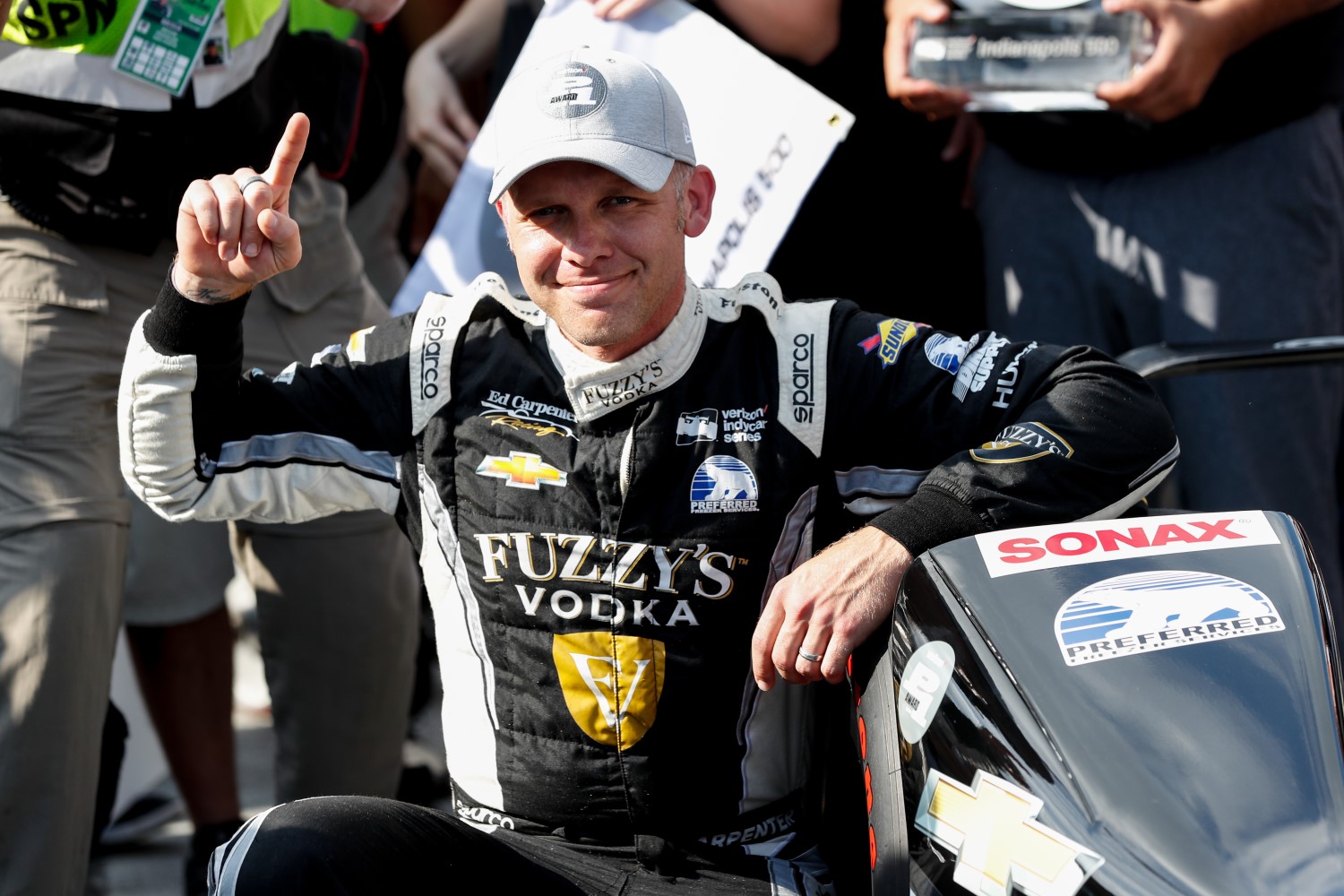 Thirty years ago, Rick Mears won the Indianapolis 500 Mile Race from the pole position to usher in the first of six consecutive Indy 500 victories by Chevrolet.

With the dominant Chevy Indy V8 engine in the PC-17 chassis, Mears had become the first driver to break the 220 mph barrier, and the Californian combined with Team Penske teammates Danny Sullivan and Al Unser to lead 192 of the 200 laps.

Heading into the 102nd Indianapolis 500, the 2.2-liter, twin turbocharged, direct-injected Chevrolet engine has been stout in Dallara chassis with the new aerodynamic body kit for 16 Team Chevy drivers – seven of whom qualified on the first three rows, including pole winner Ed Carpenter in the No. 20 Fuzzy’s Vodka Chevrolet.

“Nowadays, the engines are so good, Chevy does such a great job, that you can run full power all the way through," said Tony Kanaan, who topped the Carb Day speed chart in the No. 14 ABC Supply Chevrolet for AJ Foyt Racing.

“The strategy is the first half of the race you’re just trying to put yourself in the top 10, and then with two to one pit stops to go you want to be in the top five and ready to go," Kanaan said.

Chevy Racing has earned three pole starts and won three of the five races this season, and the next Indy 500 victory will be the 10th for the Bowtie brand.

“The Verizon car has been quick all month. I think Team Chevy has done their homework and they really do a good job around Indianapolis," said reigning Verizon IndyCar Series champion and 2018 points leader Josef Newgarden, driver of the No. 1 Verizon Team Penske Chevrolet.

The 2019 Chevrolet Corvette ZR1 that NBA All-Star Victor Oladipo of the Indiana Pacers will drive to lead the field to the green flag features an LT5 small block 6.2-liter supercharged V8 engine with 755 horsepower and an 8-speed paddle shift automatic transmission.

“Essentially, I got Victor up to speed and we went through the routine of what the pace car driver is going to do for four laps. He passed with flying colors," Fellows said.

It will be the 15th time that a Corvette has served as the official pace car, starting in 1978, and the 29th time that a Chevrolet has led the field, dating to 1948.

“It’s been an unbelievable experience since I stepped onto the track. To work with Ron, to get in this car that’s the fastest I’ve ever been in my life has been a humbling experience. I’m just looking forward to Sunday."

“It would be absolutely outstanding. I see so many fans wearing different shirts supporting different drivers, but when they come to you and say, ‘Hey, man, I want to see you win No. 4, I want to see history,’ it would be awesome," he said. “The last to do it is Rick Mears in the ‘90s, so it is an incredible opportunity to go for it."

Hall of Famer Penske aims for win No. 17

Roger Penske, who has 16 Indy 500 victories as a team owner, was inducted into the NASCAR Hall of Fame on May 23.

He has four entries with Chevrolet power – all starting on the first three rows – in the race: Castroneves, Newgarden, Simon Pagenaud, and Will Power. Penske is the race strategist for the No. 3 Pennzoil Team Penske Chevrolet entry driven by Castroneves.

Chevy stats and such

Chevrolet has recorded nine victories in the Indianapolis 500 and the Oldsmobile brand of General Motors has secured an additional five wins. … In Indy-style racing, Chevrolet has 181 victories – 70 in the Verizon IndyCar Series since 2012 as the V6 engine supplier, 7 in USAC and CART competition from 1965-81, and 104 in CART and Indy Racing League competition as the V8 engineer supplier from 1987-2005. … Helio Castroneves (2001, ’02, ’09) and compatriot Tony Kanaan (2013) are Indy 500 winners entered in Chevrolets. … Twenty drivers have won the race from the pole, most recently by Castroneves in 2009. … The Indianapolis 500 will mark Kanaan’s 349th Indy car start, which includes 17 in the 500-Mile Race. Kanaan and Castroneves have combined to make 695 Indy car starts. … Danica Patrick, who qualified seventh in the GoDaddy Chevrolet for Ed Carpenter Racing, is the first woman to win a major open-wheel race (Twin Ring Motegi in Japan, 2008), first woman to lead the Indianapolis 500 (as a rookie in 2005) and the highest female finisher in Indy 500 history (third place, 2009). … A woman has qualified for the Indy 500 the past 19 years. … Patrick will be the first female host of the ESPY Awards on July 18 in Los Angeles.

More than 100 cameras focus on the action

ABC will telecast the 200-lap race on the 2.5-mile oval live at noon ET. The pre-race show, hosted by Nicole Briscoe, will be telecast at 11 a.m. The race will also be broadcast on INDYCAR Radio Network affiliates, RaceControl.IndyCar.com, indycarradio.com, the INDYCAR Mobile app, Sirius 214, and XM209.

The telecast will utilize 110 cameras, covering the action from dozens of vantage points such as a crew member’s helmet, the pace car, and a parachutist. Four cameras will be onboard each of 14 cars.

On the 2.5-mile oval, Team Chevy will be well represented by: