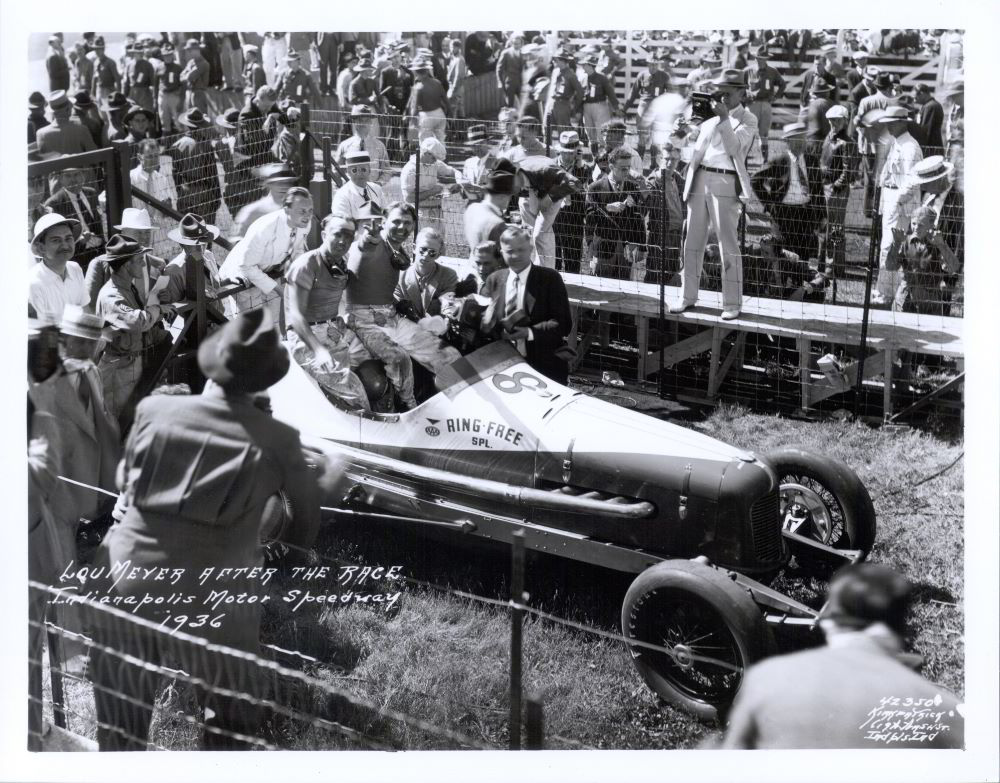 Carb Day is the final practice hour for the Indy 500 field and the pit stop competition. Historically this day gave the 33 drivers the opportunity to practice and make adjustments to their carburetors. Even after the introduction of fuel injection, in the late 1940s, the original term carburetion runs continued to be used. The lotus cars of Jim Clark and Dan Gurney were the last to actually use carburetors in 1963.

Temperatures today are expected to be in the high 80s. It should be a productive day for the teams since conditions should be close to the 90 degrees that is predicted for race day.

Now that the qualifying tension and the bumping is over, the 33 drivers can focus on race day setup. There is still a feeling of unknown as to how the new car is going to handle race traffic.

AR1 spoke to several drivers at the Media Day about their feelings of how they think the new car will perform in the race.

Scott Dixon, winner of the 2008 Indy 500, was concerned about the race. “I think the qualifying and pace by yourself has been easier from the sheer fact that there are not that many options. But in race pace, it has been really tough. In race scenarios, the car washes out quite heavily. As soon as you get behind someone, it becomes a lot greater than what you typically had. The other car would react sooner. Maybe not as much downforce as what we have had in the past. The weight distribution has changed a ton. The high temperatures that we will have this weekend will make it harder again. The way the front of the car reacts and drives is completely different from what we have had the last five years."

Matheus Leist, driving the number 4 ABC Supply entry for AJ Foyt Racing, is here at Indy for the first time. “I think this is going to be a long and tough race. It is a pretty tough car to race in traffic. It is difficult to pass. Most of the drivers have some understeer in their car. It is very difficult to get close to the guys in front of you and try to make a run. I don't think we will have as many passes as last year."

Jack Harvey, driving the Auto Nation sponsored Michael Shank Racing with SPM number 60 entry, had his to say. “We are starting 31st. Not awesome. But I think our car is going to be more moving forward than staying stationary. We are very optimistic with what our car will do in the race. I thought we were one of the cars making some passes. I think our car runs pretty well in traffic."

Carlos Munoz, driving the Ruoff sponsored Andretti Autosport entry, was pleased with the new car. “I think I like the new car, a little more predictable. I think it simplifies a lot of stuff for the engineers. From that perspective, I think INDYCAR has done a great job. For sure it is much tougher to follow in traffic when you are fifth or sixth in line. It is a totally different car.

“Through the week, we have been improving that. Making the car better and better. With one more week of testing, it would have been perfect for everyone. It takes time to get that car where it needs to be. I think it is a great car. Next year is going to be even better after the team has experience."

The last hour of practice before the race starts at 11 am today. The Freedom 100 will start at 12:30 pm. Pit stop competition is scheduled for 1:45 pm.

We will have more updates from the AR1 team that is here in Indy.