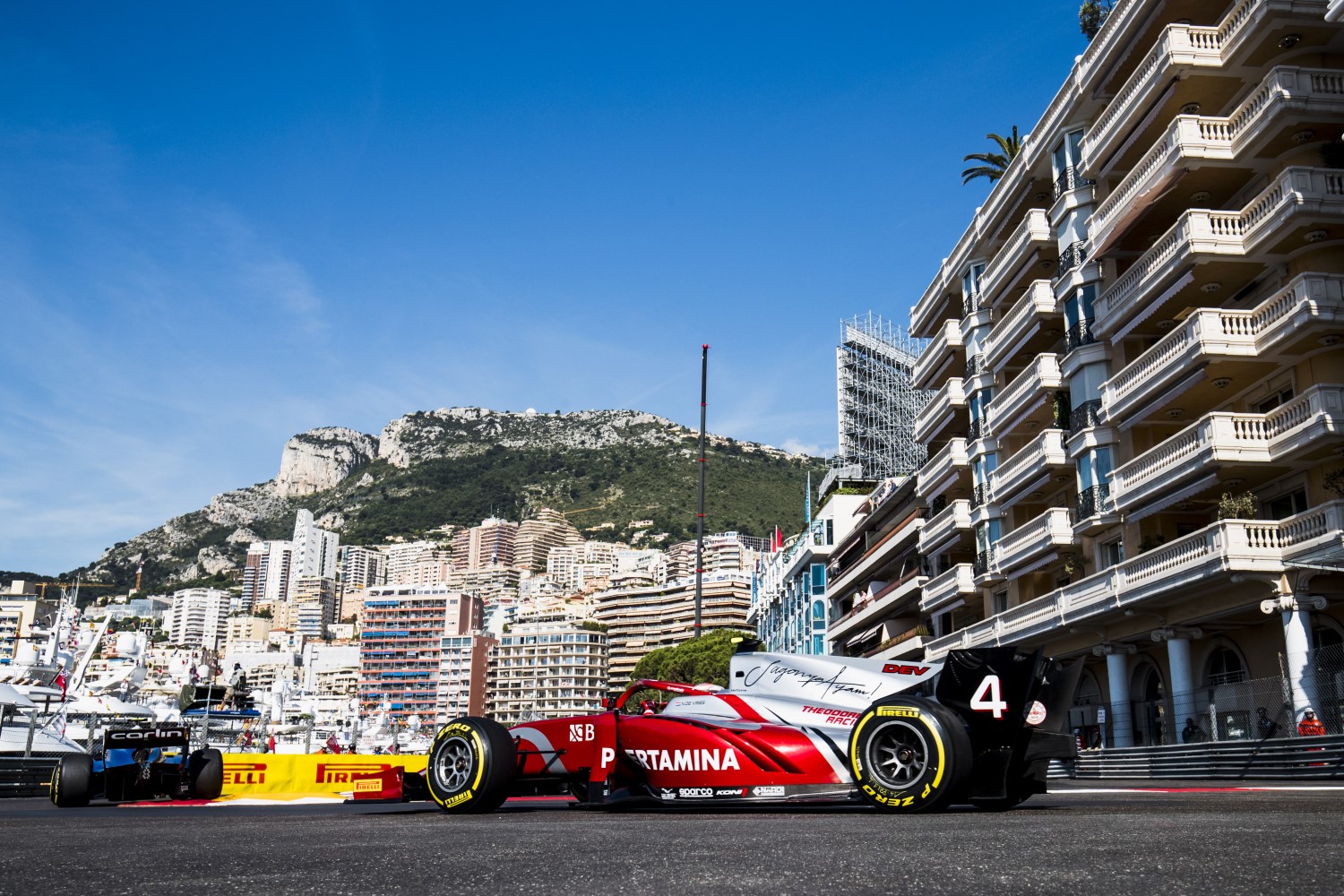 Nyck de Vries cruised to the fastest time in Free Practice for the FIA Formula 2 Championship round in Monte Carlo, Monaco. The PERTAMINA PREMA Theodore Racing driver clocked in a 1:21.670 to secure his place at the top of the timesheets, batting off DAMS’ Nicholas Latifi with a 0.650s advantage while Lando Norris of Carlin finished the session in third.

Warm, sunny conditions on the French Riviera greeted the drivers as they filed out onto the Circuit de Monaco, with Trident’s Santino Ferrucci queuing up first ahead of Jack Aitken (ART Grand Prix), with Arjun Maini in hot pursuit. A virtual safety car period took place in the first five minutes to further test the car’s VSC functionality ahead of the weekend, before full-speed running got underway.

Sergio Sette Camara (Carlin) set the early pace, later trading best sector times with Ralph Boschung (MP Motorsport) in the opening stages before Norris swept in to depose them from holding the benchmark time. Meanwhile, Latifi and de Vries found traffic a struggle in the early stages as they had to abort their early hot laps; the Dutchman collected the rear of Norris on the exit of the Rascasse and broke his front wing, requiring a swift detour to the pits to repair the damage.

Norris then wound the times down before Luca Ghiotto (Campos Vexatec Racing) was the first driver to enter the 1m22s. RUSSIAN TIME’s Artem Markelov then usurped his former teammate, collecting the fastest time on soft tires before the field switched to supersofts in the latter stages. Carlin were first onto the softer compound, leaving Sette Camara and Norris to set a flurry of quick times before de Vries grabbed the advantage in the final ten minutes.

Latifi slotted into second shortly after de Vries’ headline time, albeit with a huge gulf in time behind the pace. Norris was just two-hundredths of a second down on the Canadian, as Aitken popped up into fourth place. Sette Camara held on for fifth ahead of Alexander Albon (DAMS), as Markelov claimed seventh place. Louis Deletraz (Charouz Racing System), BWT Arden’s Maximilian Gunther and Ghiotto completed the top 10.

The qualifying session will take place this afternoon and, with the field separated into two groups ahead of the session thanks to Monaco’s compact nature, there is much to be won and lost in the session – especially with overtaking opportunities at a premium.