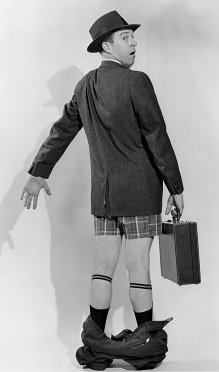 That Chevrolet bowtie is trendy in the IndyCar Series.

“It was a very exciting weekend, and just a huge tribute to the work that the teams and the drivers did preparing for qualifying, all the practice and all the work on the cars," said Jim Campbell, vice-president of performance vehicles and motorsports for General Motors.

“Ed’s right there, very strong. Well, obviously stronger than us for the moment."

Carpenter qualified so much faster than everyone else, at 229.618. He put nearly a full second between him and Pagenaud, at 228.761

It might seem that 0.857 seconds is the blink of an eye. But, in that time, at Carpenter’s average speed, he covered 337.5 feet, nearly the length of a football field with both end zones.

In fact, the next six drivers are within that 0.802 seconds of Pagenaud.

Carpenter averaged 230 mph on one of the laps, and the fans in his home state of Indiana let out a roar.

“It’s my job to go out and really not mess it up in qualifying, they build such fast cars," Carpenter said of Chevrolet and the crew for his team, Ed Carpenter Racing.

“When it comes to qualifying and having fast cars at Indianapolis, to me a lot of the credit goes to Chevrolet. The effort and emphasis that Jim’s whole team put into this, giving us all the tools we need, not only with the horsepower, but also the support they provide us on the team side and the chassis side.

“And then, my team, Ed Carpenter Racing, they do a phenomenal job and put in a lot of great work and effort building our speedway cars," said Carpenter, the 11th driver to win the Indy 500 pole three times.

“I think that was evident by all three of our cars getting into the top nine."

“I feel like Chevy made a gain with the engine. I feel like we’re right in the game, more so than the Honda guys."

Power, the most successful road course racer in the history of IndyCar, has come a long way on the ovals.

“Building experience and confidence on ovals is everything," he said.

“I remember my first Indy 500, how unsure I was in the car and unsure of what to tell the engineer to fix it.

“My feedback now is just so sure."

Talk is talk, racing is racing and the Indianapolis Motor Speedway has tossed wrenches into the works of many drivers and teams over the years. Some qualify as though they are too hot for anyone else to handle, and yet the final results are harshly disappointing.

“Yeah, I don’t know," Power said. “Like they say, it picks the winner. It’s just amazing how things can just play out in that race. It’s just got to be your day. It’s like, crazy.

“The weather’s got to be right. The strategy’s got be right and it’s all got to fall into place for you. That’s Indianapolis for you." Detroit News