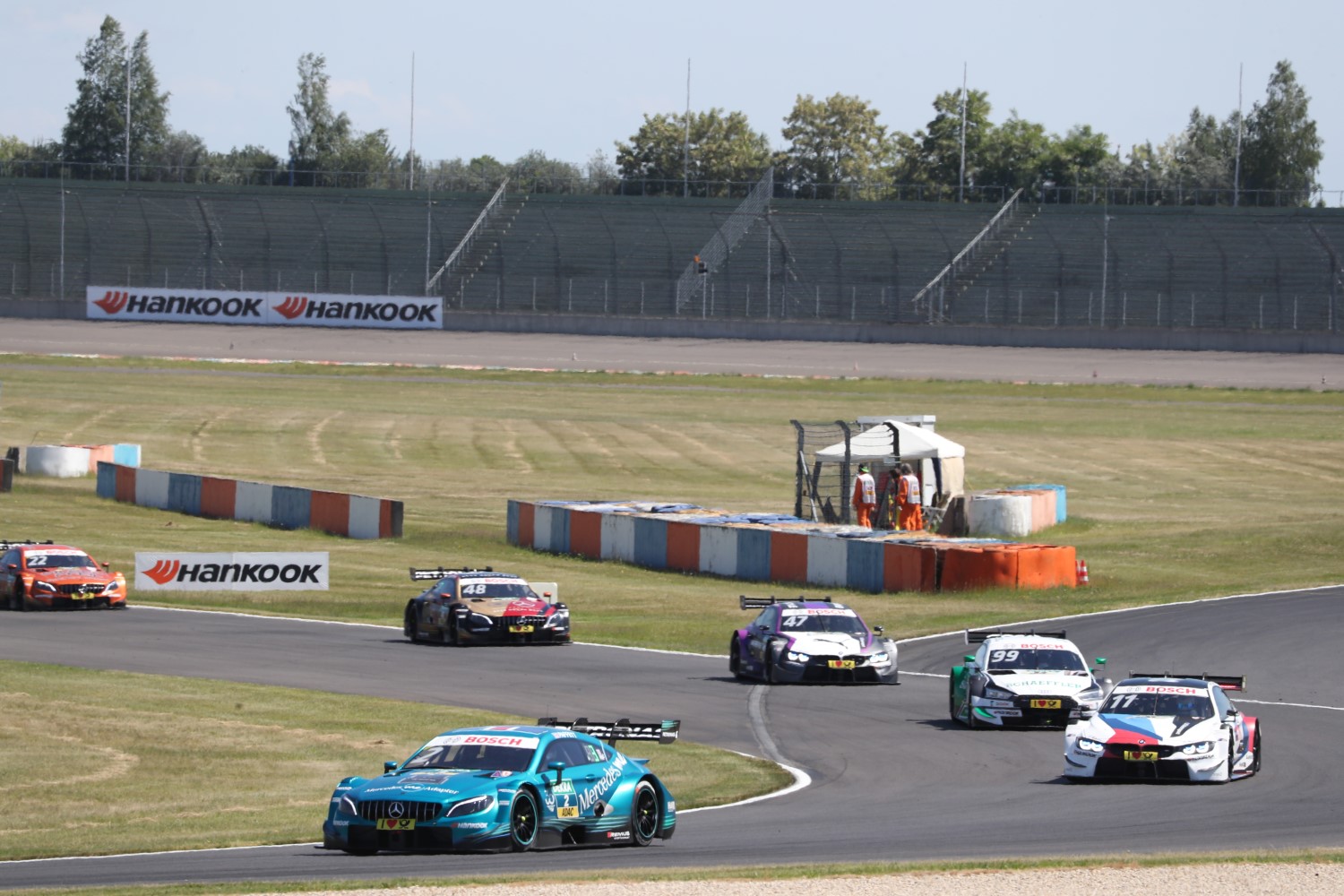 Gary Paffett has won the race at the Lausitzring on Sunday in a dominant way. The Mercedes-AMG driver, who started from third into the fourth of this season’s 20 races, already took the lead early in the race and held on to it until the checkered flag was out. For Paffett, it was the 22nd race win of his DTM career. “My heartbeat was really high, but not as high as at Hockenheim. This is an incredible start to this year. The season will be really thrilling," race winner Paffett commented after the race. After 34 laps of the Lausitzring, BMW driver Marco Wittmann came in second behind Paffett. DTM returnee Pascal Wehrlein completed the podium in third place.

Even though it wasn’t enough to clinch victory in the end, Marco Wittmann was happy with the result: “I had hoped to still close the gap to Gary. In the closing stages, he made some slight mistakes, but it wasn’t enough," said Wittmann, who never scored a DTM podium finish at Lausitz before. DTM returnee Pascal Wehrlein was also happy with the outcome of the race. “I am doing better and better. It is going upward, into the right direction", the 2015 DTM champion commented his third place.

Jamie Green showed remarkable progress with his Audi RS 5 DTM. The Brit had started from 16th place on the grid and took the checkered flag in sixth position. “That was cool," he enthused after the race. “This result was very important for my self-confidence. But we still have a lot of work to do." Having started from the last row, he already headed into the pits for his mandatory stop at the end of the opening lap. “Yes, it was a risk, but it paid off. The tyros lasted very well."

In the drivers’ standings, Timo Glock remains in the lead with 72 points after finishing fifth in today’s race. “That was all I could do today, we have to be happy with this result," Glock said. The BMW driver is one point ahead of Gary Paffett (71 points) prior to the event in Budapest. Pascal Wehrlein (39 points) is third in the standings. At the Hungaroring near the Hungarian capital of Budapest, the fifth and sixth race of the season will be held from 1-3 June, 2018.

“That was a tough race. It was very hot out there, and the cars were sliding about quite a lot, which made it a far from easy race. Yesterday, I said that we would do our best, and today it was enough to win. We knew that our car was good. After two race weekends, I now have two wins under my belt – that's an incredible start to the season. After the pit stop, I was happy with the gap I’ d pulled out on the pursuing group, but on the last 15 laps, I had to push hard again to stay ahead of Marco (Wittmann). Thanks to the whole team. It’s been a great day and a well-deserved victory for them."