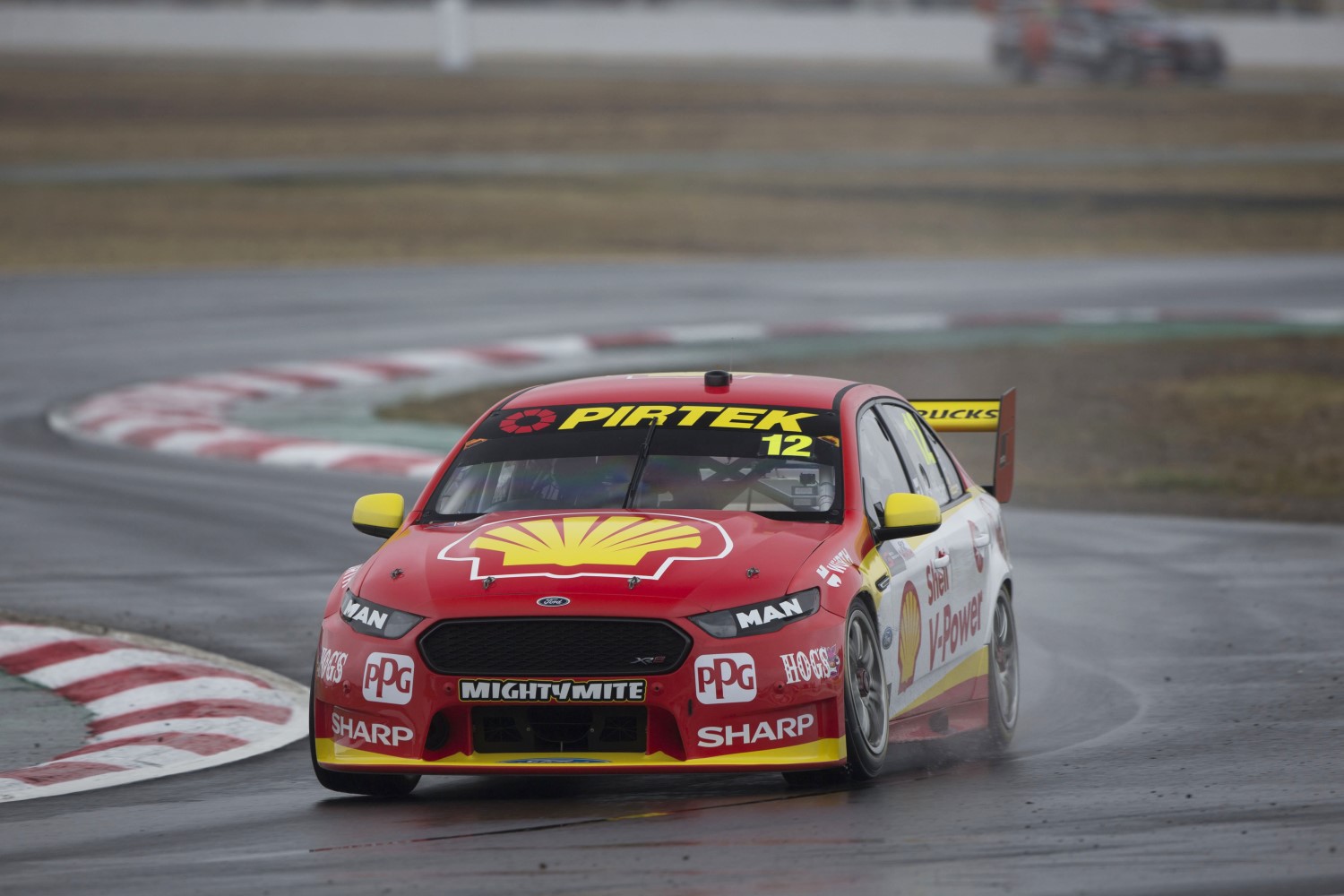 Following a huge week for the team, Nissan drivers Michael Caruso and Rick Kelly have clocked the quickest lap times in this afternoon’s second practice session for this weekend’s sixth round of the Virgin Australia Supercars Championship, the Winton SuperSprint.

In drying conditions on the northern Victoria circuit this afternoon, Michael Caruso, in his 150th round start of his career recorded the fastest lap time ahead of Rick Kelly and Brad Jones Racing Team's Nick Percat.

Caruso said today's result is a good start, but the rest of the field is not far behind after day one in Winton, led by Kelly who was just one hundredth of a second behind on his lap time.

“Anytime we are hundredths of a second it hurts a lot. A hundredth is nothing," Caruso said.

“Ultimately the guys did a good job to get the car to the point where I am happy with it but it will be a lot faster tomorrow. We will just keep working on it."

"“Tomorrow is a completely different day. We weren’t happy with Perth, we had a few things that hurt our result. But it’s not one thing, it’s a whole lot of things that click. When things come together it’s a whole combination of things and working hard," Kelly said.

“They guys have done a heap of work in the past six months and it is starting to work. In this game if you are one tenth off the pace you are mid pack. We have found a little bit of time which has put us where we would like to be. We have got the team to achieve those results as well.

“It feels great but I don’t care much about Fridays. We normally do a good job on Saturday’s and a tougher job on Sunday. We just need two good days here and then another month of solid development."

This afternoon's results capped a strong day of practice for Nissan, with three of their four drivers recording Top 10 lap times in P1. Today's strong results come less than a month after Kelly recorded two podium finishes at Phillip Island.

Van Gisbergen was one of a number of drivers who had troubles on the drying track in P2, going off the road and narrowly avoiding a tyre wall as he made his way into pit lane.

There will be a final practice session tomorrow morning, before ARMOR ALL Qualifying gets underway at 12:40pm AEST.

McLaughlin is chasing an incredible fifth successive race victory when racing begins tomorrow afternoon. In 2017, he claimed two ARMOR ALL pole positions and one race win at Winton.

The first 120km SuperSprint of the weekend will begin at 3:50pm tomorrow afternoon. A second round of qualifying and a 200km race will take place on Sunday.

Dry conditions are expected for both of this weekend’s races.