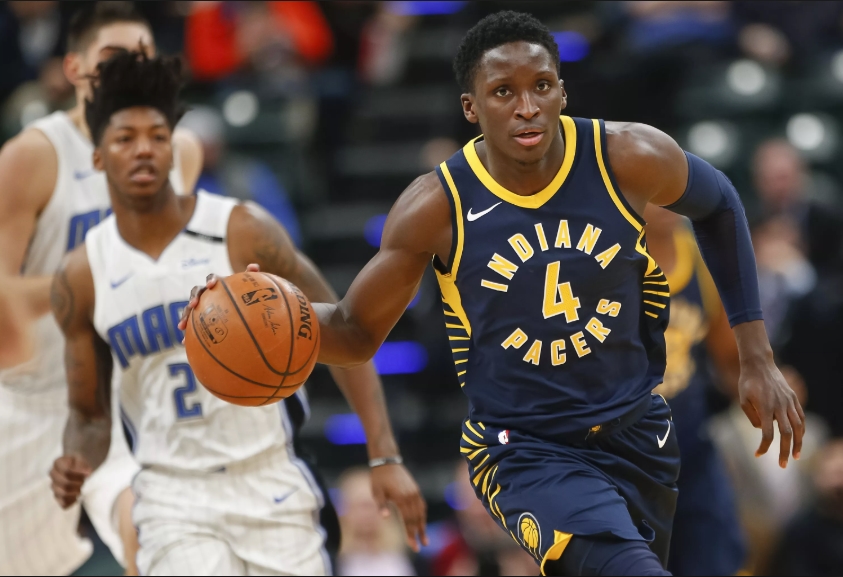 Victor Oladipo, who blossomed into an NBA All-Star in his first season with the Indiana Pacers, will drive the 2019 Corvette ZR1 Pace Car and lead the field of 33 drivers to the start of the 102nd Indianapolis 500 presented by PennGrade Motor Oil on Sunday, May 27 at the Indianapolis Motor Speedway.

Oladipo averaged 23.1 points per game in the 2017-18 NBA season with the Pacers after being traded from Oklahoma City. That outstanding performance elevated him to become the leading candidate for the 2017-18 NBA Most Improved Player Award, which will be announced at the end of June.

The arrival in Indiana was a popular homecoming for Oladipo, who produced an outstanding college career and was a fan favorite for three seasons at Indiana University from 2010-13.

"This is a tremendous honor for me," Oladipo said. "I'm so thankful Indiana continues to embrace me, from Indiana University to the Pacers and now the Indianapolis 500, the greatest race in the world. I would like to thank Chevrolet, the Indianapolis Motor Speedway and the Pacers for allowing me this once-in-a-lifetime opportunity. Excited is a huge understatement to how I feel about this. I can't wait."

Oladipo, a guard, was named to the NBA All-Star team for the first time in the 2017-18 season while leading the Pacers to a 48-34 record – the team's best season since 2013-14 – and the No. 5 seed in the Eastern Conference playoffs. Oladipo also led the NBA in steals with 2.4 per game and improved his statistics in every major offensive and defensive category under Head Coach Nate McMillan.

During his college career at IU, Oladipo was a consensus first-team All-American in his final season with the Hoosiers in 2012-13. He was selected second overall in the NBA Draft in 2013 by the Orlando Magic.

"It's a great honor to welcome Victor Oladipo, one of the most popular recent sports figures in Indiana, to lead the field to the start of 'The Greatest Spectacle in Racing,'" IMS President J. Douglas Boles said. "Few NBA players drive to the basket with more speed and power than Victor, so he'll feel right at home behind the wheel of the awesome 2019 Corvette ZR1 on Race Day."

This will be the 15th time a Corvette has served as the official Pace Car, starting in 1978, and the 29th time a Chevrolet has led the field, dating back to 1948, when a 1948 Fleetmaster Six convertible paced the race. No other vehicle has served as the Pace Car more than the Corvette.

"It will be great to have Victor behind the wheel of the 2019 Corvette ZR1, the fastest, most powerful, most advanced performance production Corvette ever," said Jim Campbell, U.S. Vice President Performance Vehicles and Motorsports for Chevrolet. "I can't wait for Victor to experience that performance, along with the energy and anticipation of all the fans, as he leads the field to the green flag at the iconic Indy 500."

The Corvette ZR1 Pace Car can accelerate from 0-60 mph in 2.85 seconds and reach a top track speed of 212 mph, the fastest Corvette in history.

Chevrolet has a storied history with the Indianapolis Motor Speedway. Chevrolet was founded in 1911, the year of the inaugural 500-Mile Race, and company cofounder Louis Chevrolet, along with brothers Arthur and Gaston, competed in early Indy 500 races. Arthur Chevrolet competed in the 1911 race, and Gaston Chevrolet won it in 1920.