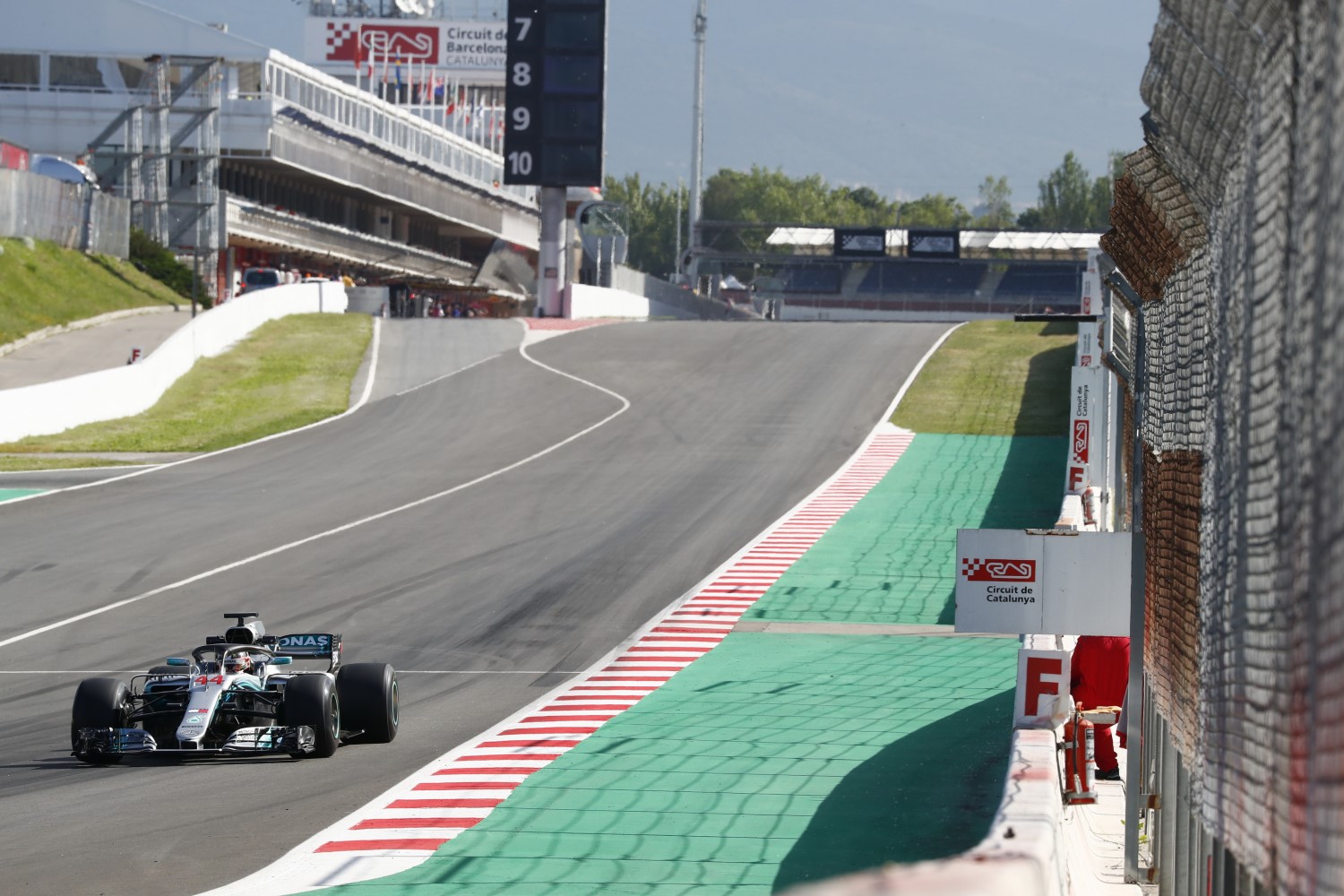 Bottas and Giovinazzi swapped positions on a number of occasions throughout the four-hour session at the Circuit de Barcelona-Catalunya, held in warm but overcast conditions.

Bottas ultimately wound up ahead, posting a time of 1:16.904 on Supersofts tires, leaving him 0.068s clear of Hypersoft-shod Giovinazzi in a session that ran green throughout, with both drivers racking up 60 laps.

Renault reserve Jack Aitken received his first taste of contemporary Formula 1 machinery as he finished in fifth position, with 63 laps, ahead of Sauber’s Charles Leclerc (71 laps).

Robert Kubica returned to the cockpit of Williams’ FW41 off the back of his Friday practice appearance at the Spanish Grand Prix and placed seventh, completing 57 laps.

Force India development driver Nikita Mazepin was eighth (35 laps), ahead of Stoffel Vandoorne (71 laps), the Belgian having been entrusted with tyre testing duties on behalf of Pirelli.

Red Bull simulator driver Jake Dennis got behind the wheel of a Formula 1 car for the first time and rounded out the top 10, his best lap 3.780s down on pacesetter Bottas, completing 38 laps in the RB14.

Sean Gelael continued test duties for Toro Rosso, following a mechanical setback on Tuesday, and made up for lost time by completing 83 laps, the most of any driver.

Force India tester Nicholas Latifi took over from George Russell in the Pirelli-run VJM11 as the company continued to evaluate rubber and the Canadian added 53 laps to his tally.

Testing will resume at 2:00 PM local time for another four-hour session.