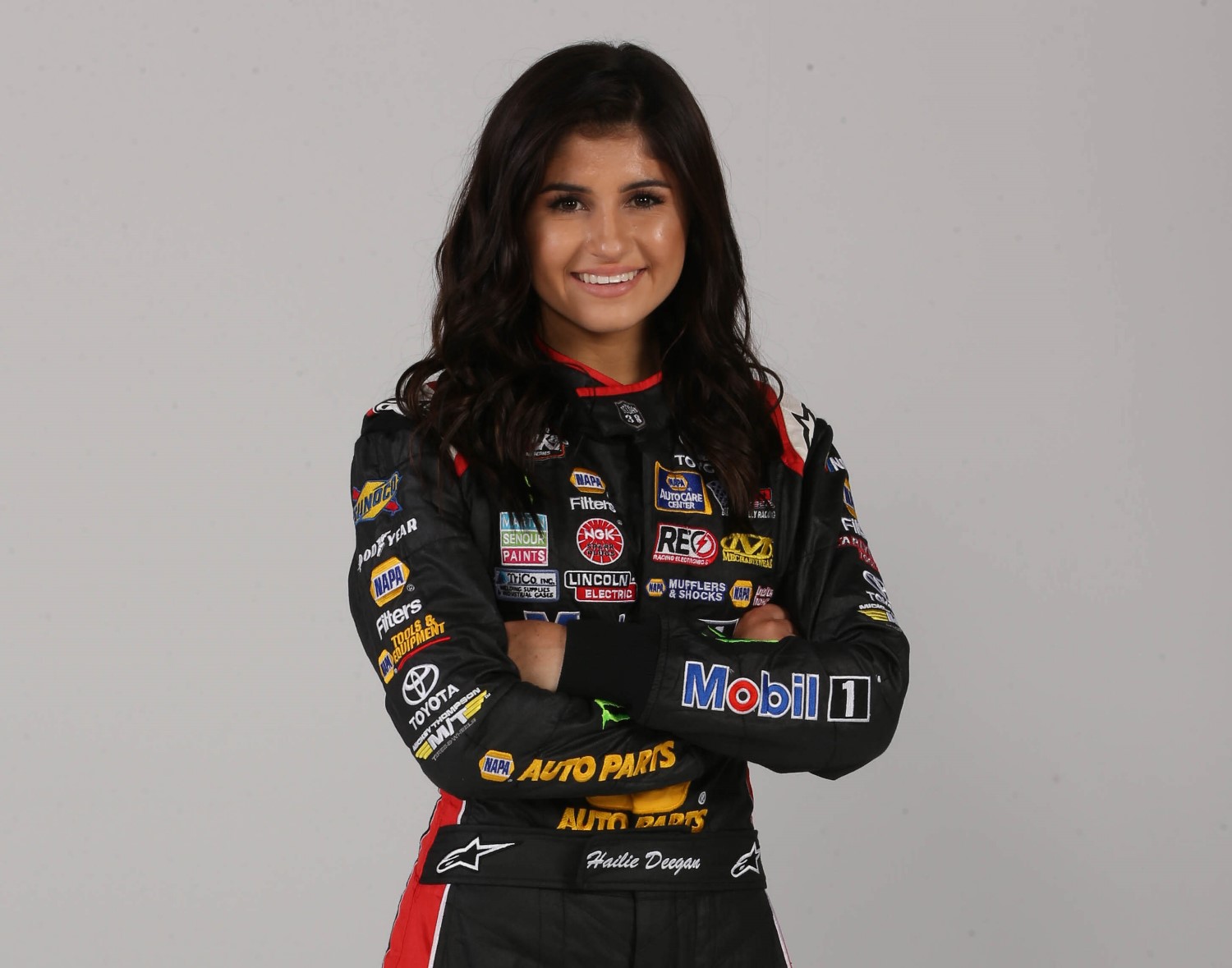 On Tuesday, NASCAR announced the members of its latest NASCAR Next class program.

The program, which only includes people between the ages of 15 and 25, highlights notable upcoming drivers in the auto racing ranks.

“NASCAR Next highlights emerging talent who have shown the talent and intangibles it takes to achieve success at the highest levels or our sport," said Jill Gregory, NASCAR executive vice president & chief marketing officer, in a press release. “Alumni of the program are currently making their marks across NASCAR’s three national series and we believe members of this year’s class have potential to do the same."

The other is Hailie Deegan, the 16-year-old driver who Kevin Harvick said has the “most potential" in the K&N Pro Series West.

Hailie Deegan (@HailieDeegan), NASCAR K&N Pro Series West – The 16-year-old Temecula, California, native returns to Next for a second year, driving for Bill McAnally Racing in the NASCAR K&N Pro Series West. The daughter of FMX legend and Monster Energy athlete Brian Deegan, Hailie was the 2016 Modified Kart champion in the Lucas Oil Off Road Racing Series and was named the Lucas Oil Off Road Driver of the Year.

Riley Herbst (@rileyherbst), ARCA Racing Series – Returning to Next for a second year, Herbst is running full-time for Joe Gibbs Racing in the ARCA Racing Series, where he won Rookie of the Year honors a year ago. The 19-year-old Las Vegas native captured his first big-track win last June at Pocono, along with six top fives and 10 top 10s.

Zane Smith (@zanesmith41), ARCA Racing Series – Back for a second year in Next, Smith, 18, from Huntington Beach, California, has captured his first two career ARCA victories early in 2018 (Nashville and Talladega). Smith finished ninth in the ARCA standings a year ago, posting two poles, seven top fives and 11 top 10s. In his initial foray in the NASCAR K&N Pro Series, Smith ran twice in the East, posting top-10 and top-five finishes, and once in the West, scoring another top-five showing.