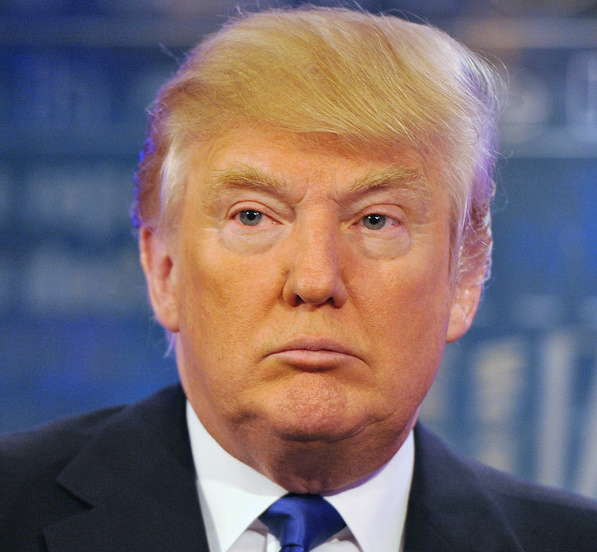 Executives from top car companies visited the White House on Friday amid a looming legal conflict between the Trump administration and primarily Democratic-led states over climate rules for automobiles writes Chris Mooney of the Washington Post.

The Trump administration is readying a proposal to freeze auto-efficiency standards beginning in 2021, rather than continuing to strengthen them as originally outlined by the Obama administration. At the same time, that proposal would challenge the ability of California, long a national leader when it comes to vehicle standards, to set its own rules. California and other states supportive of stronger standards have already sued the EPA over its move to change course.

At the meeting, President Trump referred to a prior meeting with the executives from early 2017 and noted his administration’s efforts to roll back the Obama-era rules.

“We’ve made a lot of progress in the last year and a half," Trump said as he sat in the Roosevelt Room at the White House with the chief executives of major auto companies before their meeting, saying he planned to discuss with them “environmental control, CAFE standards and manufacturing millions of new cars within the United States." CAFE standards are federal regulations that seek to improve vehicles’ average fuel efficiency.

But the sweeping nature of such moves has caused concern in the auto industry, and after the meeting, the industry released a statement suggesting that they had discussed with the president the possibility of some form of negotiation with California.

“The Administration will soon issue a range of proposals for future fuel economy and greenhouse gas regulations, and we look forward to reviewing their notice of rulemaking and providing comments along with other stakeholders," said the statement from Alliance of Automobile Manufacturers President Mitch Bainwol and Global Automakers President John Bozzella. “We also appreciate the President’s openness to a discussion with California on an expedited basis."

Before their meeting with Trump, the executives — whose industry had previously asked for regulatory relief from the incoming Trump administration — stressed their desire for a uniform national standard, saying a patchwork of state standards would create an untenable regulatory tangle.

“We are not asking the administration for a rollback," said Bill Ford, chairman of Ford Motor Co., at a recent automaker meeting, according to Bloomberg News. “We want California at the table, and we want one national standard."

Bainwol had struck a similar note before Congress this week, citing a “regulatory nightmare" if California and allied states wind up with one regulatory system for vehicles while many other states have another.

Bainwol called for the Trump administration to keep up annual increases in fuel economy standards and “incorporate California."

"I appreciated the opportunity to talk to the President today about our shared commitment to the automotive industry. Consumer preferences and technological advancements in our business are constantly evolving. Therefore, revisiting and assessing EPA standards, as was originally intended, is the right thing to do," said Sergio Marchionne, CEO, Fiat Chrysler Automobiles.

"With this process just beginning, it would be a mistake to jump to conclusions and pre-judge the outcome. Rather, I am optimistic that the President can find a means to preserve a national program that drives continuous improvement in vehicle efficiency and, at the same time, allows us to build vehicles customers want, at prices they can afford. Achieving this result will require the willingness by all parties to compromise through thoughtful and data-driven dialogue."

The Obama-era standards were created under a 2011 agreement reached among the Obama administration, California officials and automakers. If enacted, they would avert six billion tons of carbon-dioxide emissions from vehicles sold between 2012 and 2025, according to the Environmental Protection Agency.

California has a separate set of standards that, because of the state’s huge car market, have pushed automakers to produce more-fuel-efficient vehicles. According to figures from the California New Car Dealers Association, the state’s 2,048,000 new car sales in 2017 represented about 12 percent of the 17 million-plus cars sold in the United States last year.

“My hope is that they’re going to try gently to push back today, but it’s unclear that the White House is going to listen and they’re going to change the proposal," said Margo Oge, a former EPA regulator who, at the agency’s office of transportation and air quality, helped create the standards that may now be rolled back.

Meanwhile, environmentalists and sympathetic states are bracing for a major battle to defend one of the largest components of the Obama administration’s attempt to cut the nation’s greenhouse gas emissions.

“The rollbacks are irresponsible, harmful and unjustified," said Luke Tonachel, who heads the clean vehicles program at the Natural Resources Defense Council. “There’s a robust record supporting the fact that [the standards] are good for consumers and the environment, and help protect jobs."

Anti-regulatory groups have pushed for the rules to be rolled back.

“The Obama administration’s fuel economy standards make cars smaller, less safe and more expensive," Myron Ebell of the Competitive Enterprise Institute said in a statement. “President Trump should expand consumer choice by telling California that it is no longer going to control what kinds of vehicles people across the country can buy. A small electric car may make sense for drivers in Los Angeles, but not for farmers in rural America." Chris Mooney/Washington Post