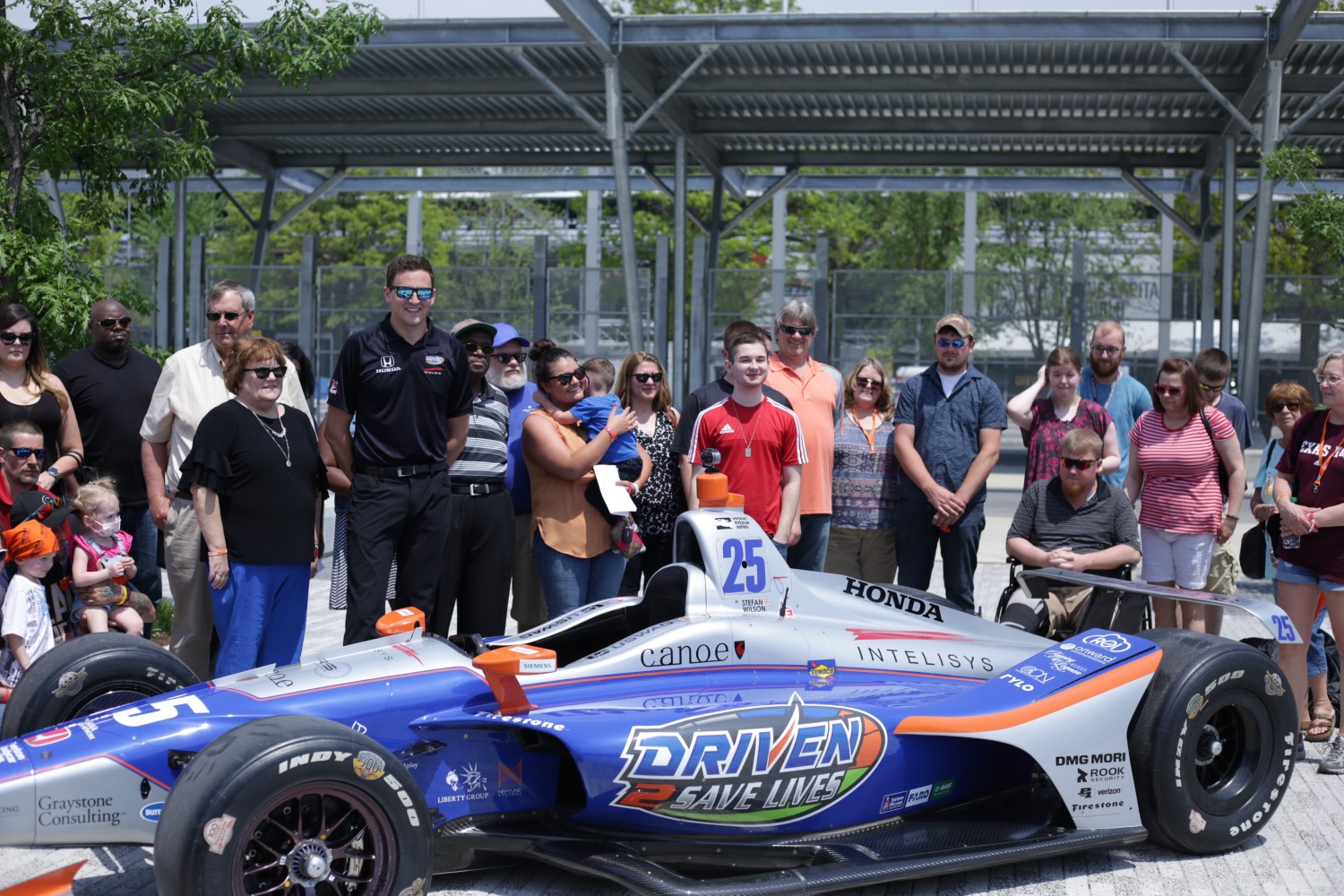 When Stefan Wilson takes the green flag at the 102nd Indianapolis 500, his car – the No. 25 Driven2SaveLives Honda – will carry the names of 25 Hoosiers awaiting lifesaving organ transplants. The patients-in-waiting joined Wilson today, along with representatives from Indiana Donor Network, Intelisys and Andretti Autosport, to unveil the bold and meaningful Indy 500 livery.

“The car looks absolutely stunning," said Wilson, who will be making his second attempt at the world’s largest one-day sporting event. “Seeing it in the flesh makes it feel that much more real and I can’t wait to get it on track tomorrow. Looking at all the logos on the car, I’m incredibly thankful to all those that made this effort happen. It’s been a long road to be back in Indianapolis, but I am determined to pay back all those who have believed in me with a great month of May."

Indiana Donor Network’s ‘The Why’ campaign is set to advance their Driven2SaveLives platform in helping to promote awareness of the importance of organ, tissue and eye donation and transplantation. Since inception, more than 1,000 individuals have made the decision to register as an organ, tissue and eye donor as a result of the Driven2SaveLives campaign. 118,000 people nationwide are waiting for a lifesaving organ donation.

Announced alongside the car unveil today was the addition of three more partners in the form of Inovateus Solar, Three Points Racing Foundation and Rylo.

Three Points Racing Foundation, an Indiana nonprofit organization, is aimed at helping translate, train and transition military veterans to the motorsports industry. The foundation will partner with Wilson in an effort to generate valuable partnerships with motorsports organizations nationwide to offer up greater opportunities for military veterans.

Rylo is a groundbreaking camera designed with powerful software that makes it easy for anyone to shoot, edit, and share incredibly smooth, cinematic video. With 360Â° capture, breakthrough stabilization, and a simple app for fast editing on-the go, Rylo produces exceptionally beautiful video every time.