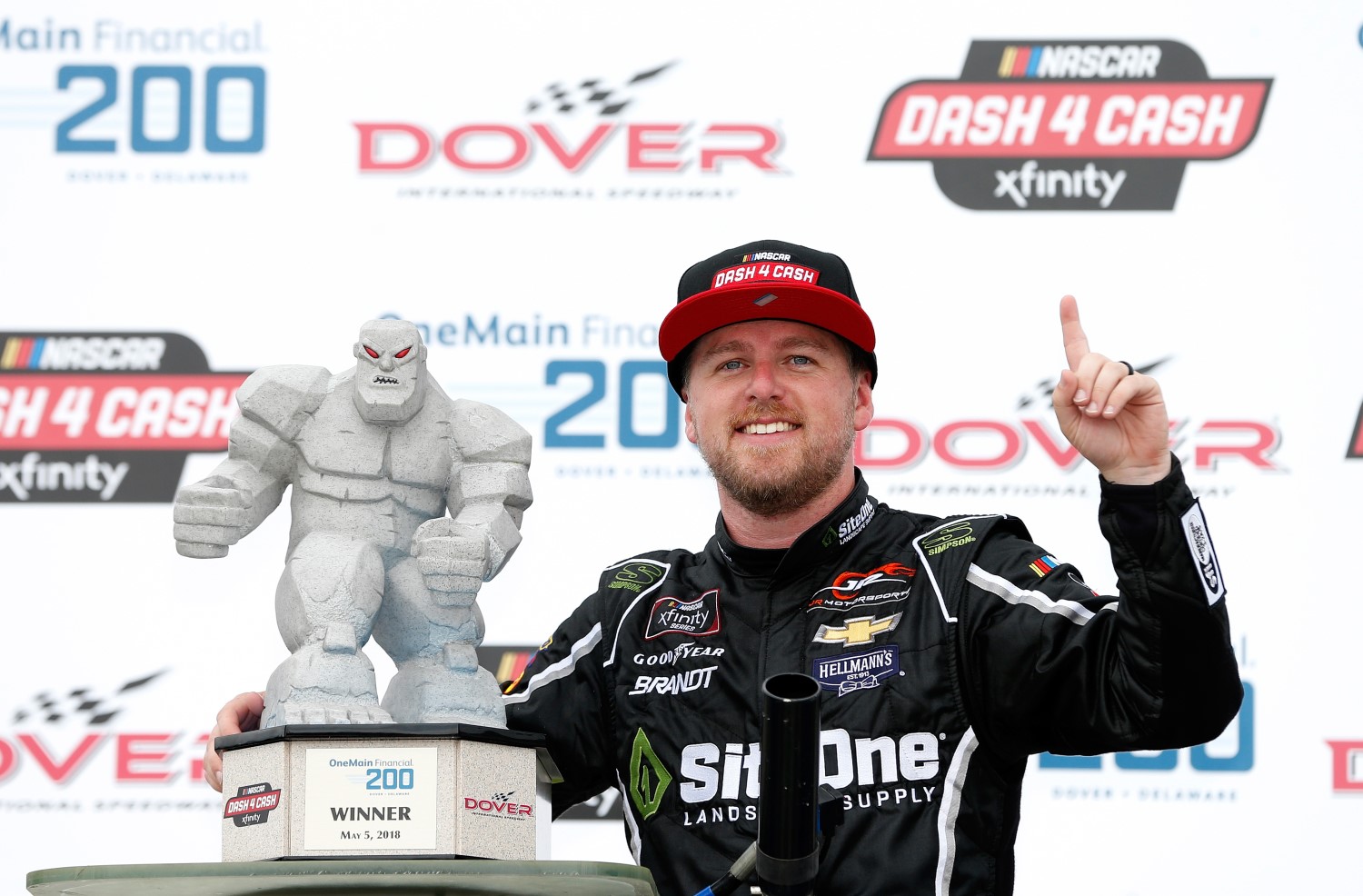 The Nos. 3 and 7 teams in the NASCAR Xfinity Series received L1-level penalties after violations were discovered in teardowns at the R&D Center following Saturday’s race at Dover International Speedway.

The No. 7 race-winning team was found to have violated section 20.14.2.h of the NASCAR Rule Book (rear suspension and trailing arm angles/pinion angle shims). Truck trailing arm spacer/pinion angle shim surfaces must be in complete contact at all points, at all times. Failure to adhere to that can create additional side force and is a violation.

As a result of the penalty, driver Justin Allgaier and the No. 7 JR Motorsports team will not get to keep the playoff benefits for the win, including the five playoff points. However, the team will retain the competition benefits, including the $100,000 Dash 4 Cash bonus.

The No. 7 team also was penalized 25 driver points and 25 owners points. Crew chief Jason Burdett was fined $25,000 and suspended from the next two Xfinity Series points events.

The No. 3 Richard Childress Racing team was found to have violated section 20.4.3.a&.b (splitter did not meet specifications). Crew chief Nick Harrison was fined $10,000. Car chief Michael Scearce was suspended for the next Xfinity points event. Driver Jeb Burton finished 12th in the No. 3 at Dover.

Both teams have the right to appeal the penalties to the National Motorsports Appeals Panel.

In addition, the No. 4 NASCAR Camping World Truck Series team was found to have one lug nut not secure in post-race inspection. Crew chief Wes Ward was fined $2,500. Todd Gilliland drove the No. 4 Kyle Busch Motorsports Toyota to a 10th-place finish.

Clint Bowyer drove the No. 14 Stewart-Haas Racing Ford to a runner-up finish while Daniel Suarez drove the No. 19 Joe Gibbs Racing Toyota to a third-place finish at Dover.

The No. 3 Richard Childress Racing team was found to have violated Section 20.4.3.a&.d (splitter did not meet rule specifications). Crew chief Justin Alexander was fined $25,000 and car chief Greg Ebert was suspended for the next Monster Energy Series points race. Austin Dillon drove the No. 3 Chevrolet to a 26th-place finish at Dover.

All of these teams have the right to appeal their penalties to the National Motorsports Appeals Panel.