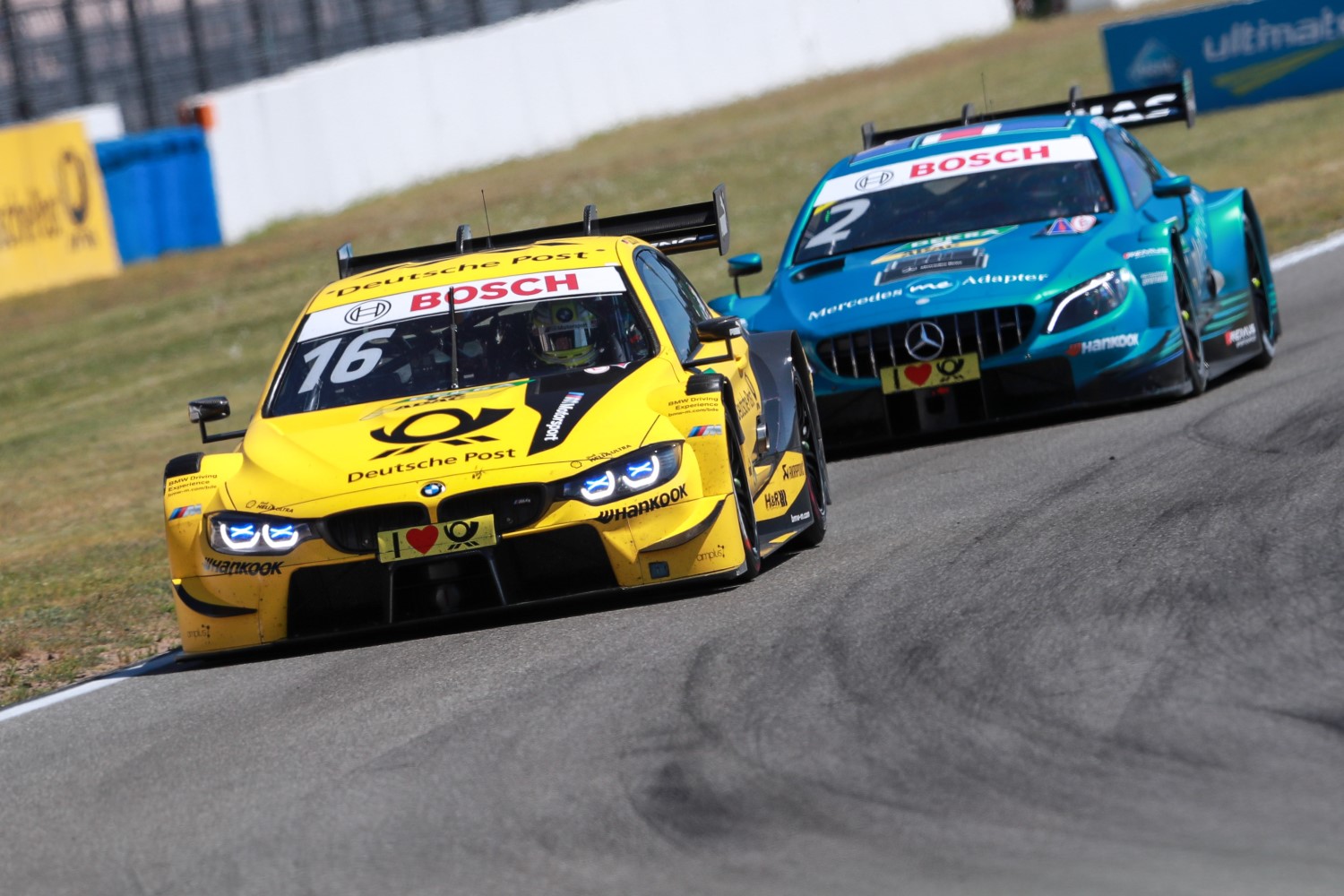 DTM fans will remember the second race of the 2018 DTM season for a long time to come. In the Sunday race at the Hockenheimring, winner Timo Glock (BMW) and the eventual third-placed Gary Paffett (Mercedes-AMG) battled for the lead for many laps and staged a fierce and extremely thrilling door-to-door duel with countless position changes until the end. After the finish, the two hugged each other, exhausted, but happy. Glock celebrated his fifth DTM career win, Paffett still had to concede defeat to Mike Rockenfeller (Audi) on the final lap and finished third.

Winner Timo Glock in particular had reason to celebrate after a demanding and a nerve-wrecking race. “This was the coolest race of my life," the BMW driver yelled into his radio after crossing the finish line. “This was pure racing, I really had to squeeze everything out of the car and I didn’t have time to relax. That is what is typical for the DTM. This was the best race ever, and I have done many races in my career," Glock said later on.

Mike Rockenfeller also only had positive comments for the on-track competition. “This was a crazy race and an incredible battle at the limit. I fought until the very last lap and everything was totally fair. It was an unbelievable joy," the 2013 DTM champion said.

Gary Paffett could also feel as a winner. The Brit had come out on top on the race on Saturday and seamlessly built on this strong performance on the next day. “That really was an incredible race. I never gave up and even though it is only third place in the end, it was still worth it," the Brit said.

Behind the top trio, DTM rookie Joel Eriksson just missed out on his maiden podium finish in fourth place. Having started from third on the grid, the Swede appeared to be on course for a podium finish in his second DTM race, but didn’t find a way past stalwart Paffett on the final lap.

Another Swede caused plenty of action for the final time at Hockenheim. As a guest driver, Mattias Ekstrom participated in his final DTM race, in which he even briefly led the field as he was the last driver to head into the pits for a tyre change. Only 19th at the finish, his main focus was on bidding farewell to his fans in a suitable way. After 197 DTM races, he showed donuts in front of the south grandstand and then, with tears of emotion, climbed onto the roof of his Audi RS 5 DTM.

After two of this season’s 20 races, Timo Glock is leading the DTM drivers’ standings with 44 points, just ahead of Gary Paffett (43). Mike Rockenfeller, Lucas Auer and Pascal Wehrlein are in the following positions, each tied at 18 points.

In a fortnight, the DTM will have its third and fourth race of the season, 18–20 May, 2018 at the Lausitzring.