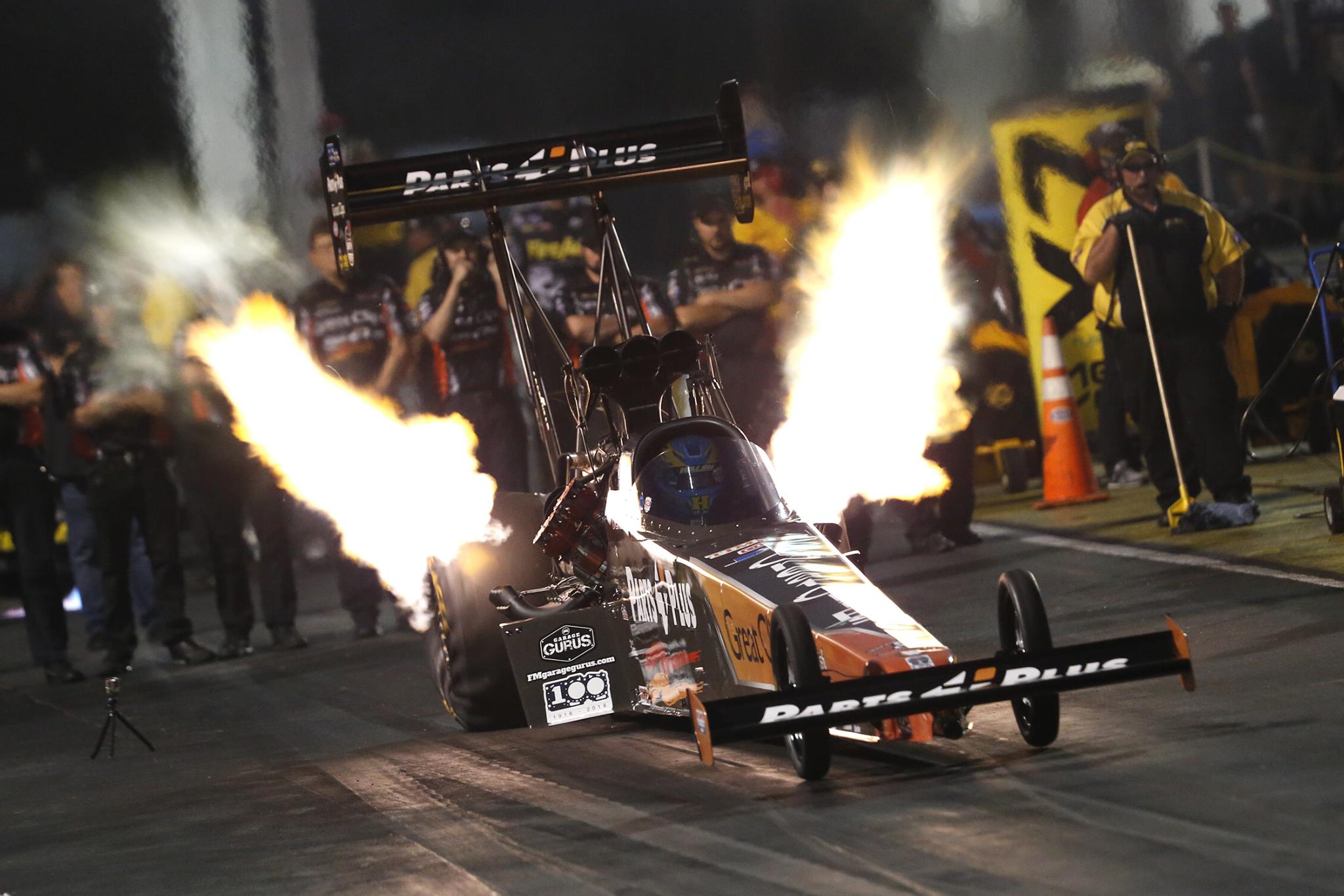 Millican piloted his Parts Plus / Great Clips dragster to a pass of 3.758-seconds and track record speed of 331.12 mph during the second round of qualifying. He currently holds the national elapsed time record which was set at Pomona earlier this season. Millican is seeking his third No. 1 qualifier of the season and 13th of his career.

Defending Funny Car world champion Hight’s second qualifying pass of 3.952 at 327.59 in his Auto Club of Southern California Chevrolet Camaro took him to the top of the category. He is striving for his second No. 1 qualifier of the season and 59th of his career.

Pro Stock veteran Anderson currently holds the top spot after driving to a 6.593 at 210.11 run in his Summit Racing Equipment Chevrolet Camaro. He is seeking his fourth No. 1 qualifier and first victory of the season.

In Pro Stock Motorcycle, Smith currently sits in the No. 1 qualifier position with a 6.882 at 196.13 on his Victory Magnum during the first round of qualifying. He chose to sit out the second round.

Qualifying continues at the NHRA Southern Nationals Powered by Mello Yello at 11:15 a.m. on Saturday.