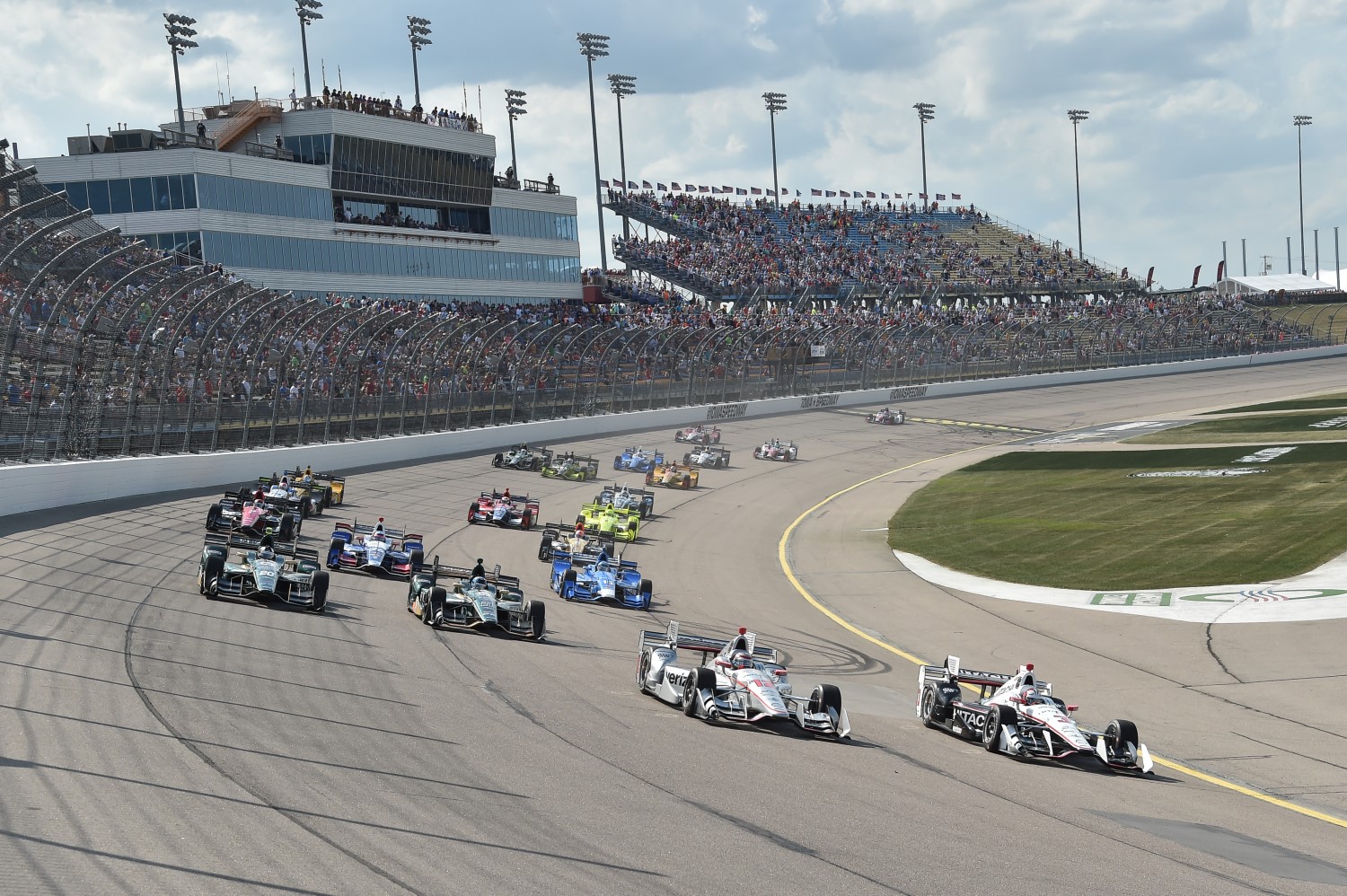 INDYCAR teams will officially ring in the 2018 race season in central Iowa this week. Iowa Speedway and Firestone Racing will host five Verizon IndyCar Series teams on May 3-4 for two days of testing. And fans can watch for free.

The drivers will all have the same goal in mind, helping Firestone create the best tire for racing at The Fastest Short Track on the Planet.

The test session also marks the on-track debut of the fourth-generation Verizon IndyCar Series car (Dallara IR-12) which was designed to incorporate improved safety standards while reducing costs to teams.

The following teams are scheduled to test:

The drivers will be on hand to gather data in preparation for the Verizon IndyCar Series Iowa Corn 300, scheduled for July 8 at The Fastest Short Track on the Planet. Iowa Corn is entering its 12th year of sponsorship for the annual INDYCAR race. The renewed partnership continues to be the second longest entitlement sponsorship in INDYCAR racing.

Testing times, track schedule and drivers are subject to change due to weather or other unforeseen circumstances.