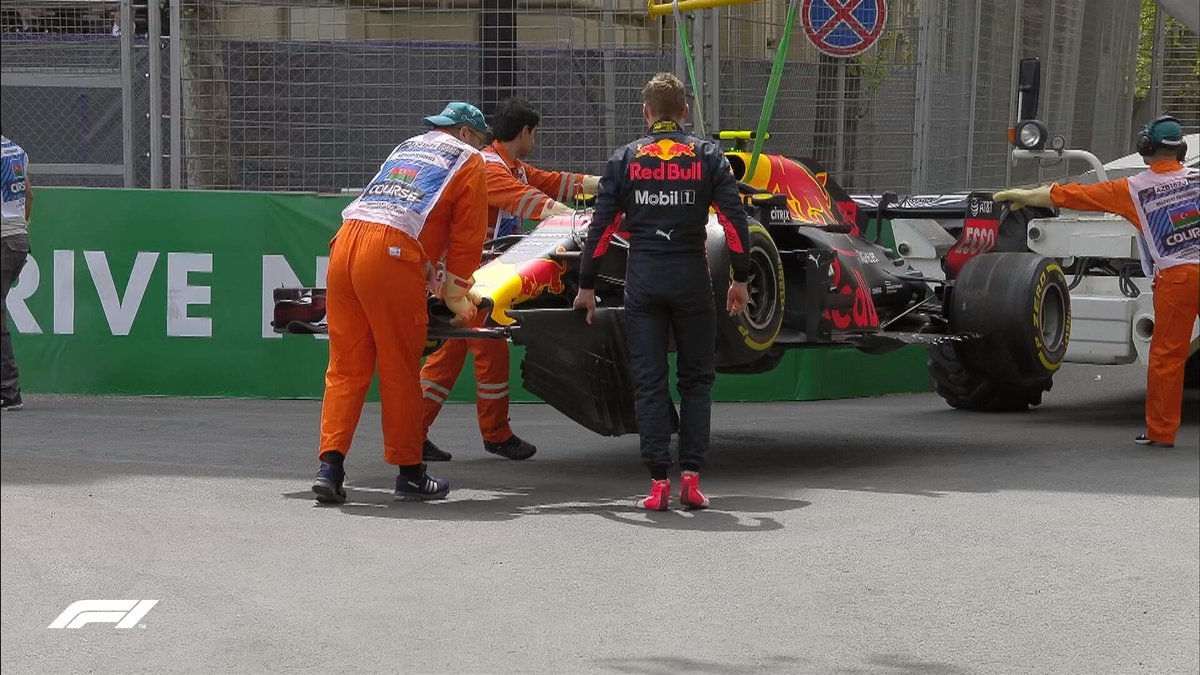 UPDATE Max Crashstappen makes two moves under braking (only one allowed – see video below) and causes yet another crash, this time taking out his teammate too. He is a complete bonehead and should be suspended for two races.

If you’re interested, hop on over to Crashstappen.com. They’ll keep you updated on all of Max Verstappen's crashes and they have a running clock showing the time since his last crash.

This season, Max Verstappen has been involved in some kind of shenanigans at every single race. In Australia, he spun on his own and lost four places on lap 9.

In Bahrain, he crashed in qualifying and therefore started 15th, only to get into a spat with Lewis Hamilton in the race, lose drive, and DNF.

And in China, Verstappen ran into not one but two other drivers (Lewis Hamilton and Sebastian Vettel) within the span of five laps.

He's been in F1 three years now and it's not getting any better. He may win the biggest F1 bonehead award of all-time.

Who will he take out in Baku?

Max Crashstappen makes two moves under braking (only one allowed) and causes yet another crash. He is a complete bonehead.