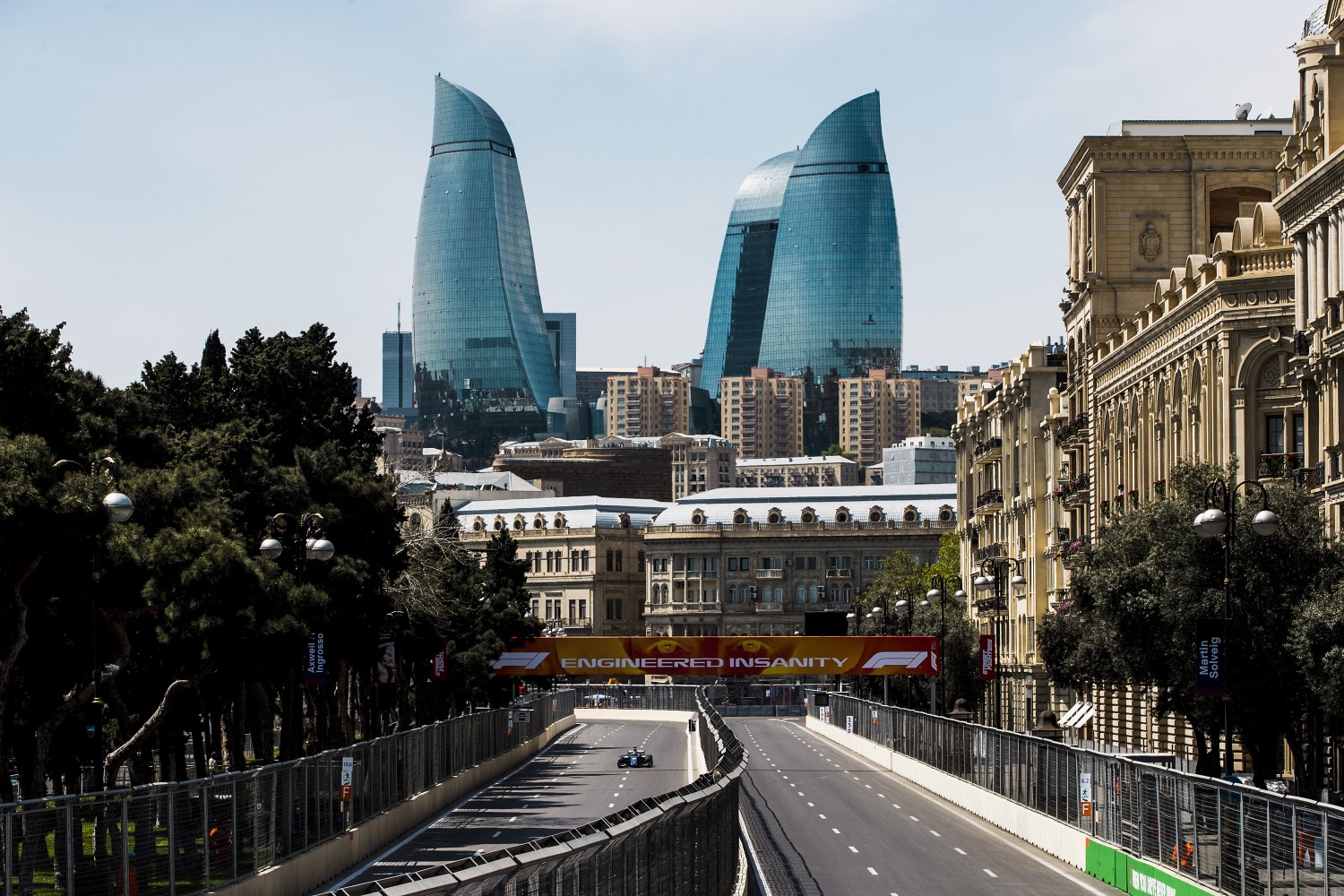 The Trident pair of Santino Ferrucci and Arjun Maini cut through the breezy conditions first to lead the field out onto the track, beginning a series of exploratory laps as the drivers got to grips with the Baku City Circuit. Ferrucci set the opening pace, followed by Nyck de Vries (PERTAMINA PREMA Theodore Racing) across the line.

A yellow flag was called out shortly after, as Artem Markelov of RUSSIAN TIME stranded his car while braking too deep into turn 4 to prematurely end his session and prompt a virtual safety car early on. Roy Nissany (Campos Vexatec Racing) produced a second yellow immediately after, going off at the second corner before rejoining.

During the interruptions, Sean Gelael and teammate De Vries headed the timing boards, before Sette Camara ended the first fifteen minutes on top of the pile. His Carlin stablemate Lando Norris assumed the lead of the session to bring the pace below the two minute mark, before Ghiotto popped up to wrest control of the times.

Embroiled in a fight for dominance, Sette Camara and Ghiotto traded fastest times amid further fleeting yellow flags, as the field explored the limits of the track throughout the session; at different stages, Alexander Albon (DAMS) and George Russell (ART Grand Prix) stopped on the exit of the pitlane, while De Vries and Tadasuke Makino (RUSSIAN TIME) went off at the first corner before returning to the circuit.

Sette Camara reclaimed first position after Boschung briefly set the quickest time, holding the advantage into the final stages of the session. A planned virtual safety car period in the final five minutes was hastened by Maximilian Gunther’s stopped BWT Arden, before a final dash for laptimes in the dying minutes of the session.

While Ghiotto grabbed his fastest lap of the session, he was unable to overcome Sette Camara and settled for second ahead of Boschung. Albon and Russell atoned for their earlier stoppages to finish fourth and fifth, as Norris claimed the sixth best time of the session. Makino was seventh, ahead of a wild final lap from Fuoco, who narrowly missed the barriers on the exit of turn 18. Maini and Nirei Fukuzumi (BWT Arden) completed the top 10.

Qualifying for Saturday’s Feature Race will take place today at 3pm, meaning that the drivers will have to quickly tame the Baku City Circuit as they battle for pole position.