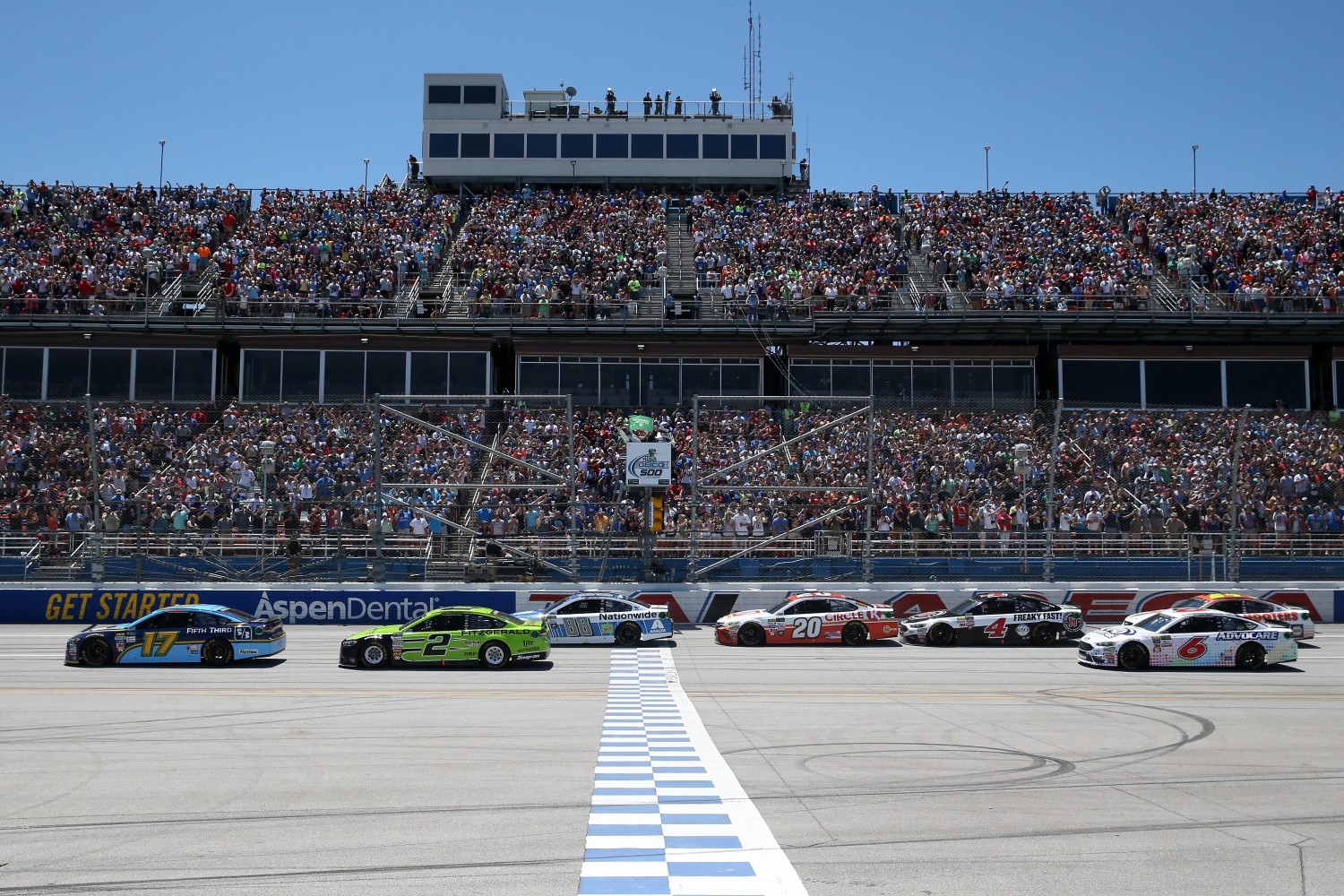 After FOX Sports successfully aired its first-ever “Drivers Only" NASCAR XFINITY SERIES race broadcast last June at Pocono Raceway, the first time a nationally televised sporting event had been called entirely by athletes currently competing in that sport, FOX returns this weekend for an encore.

Below is programming information for the weekend ahead, as well as quotes from FOX NASCAR analysts McReynolds, Jeff Gordon and Michael Waltrip, “Drivers Only" analyst Joey Logano and FOX play-by-play announcer Mike Joy.

“What dominance we’ve seen from Kyle Busch lately and Kevin Harvick earlier in the year. You have to appreciate what Kyle Busch and the No. 18 team have done and where they are. They’ve accomplished a lot of special things early in the season already. What I’m wondering, though, is which drivers are going to step up next and win. We’re going to Talladega this weekend, and Ricky Stenhouse Jr. is really tough at restrictor-plate tracks, but I’m looking at Denny Hamlin, Brad Keselowski or Joey Logano. Those guys are going to win soon."

On whether Kyle Busch, Martin Truex Jr. and Kevin Harvick are the three to beat for the championship:

“I definitely think so. We saw Martin Truex Jr.’s dominance last year and he won the championship. He has been consistent, led laps and won."

“It’s going to be a lot of fun. One of the most fun things is seeing Kevin Harvick nervous. It happened last time (at Pocono) and he calmed down eventually, but I’d never seen that before and kind of enjoyed that part. That and it’s a big race track. What I learned at Bristol (in the FOX NASCAR broadcast booth at Bristol) is things happen really quickly and it’s hard to get out what you want to say before the next caution happens or something else happens on the track. Talladega is a track that, just like Pocono last year, gives us a little room, especially under caution, to get our thoughts straight and make sure we don’t say something stupid."

–Joey Logano, FOX “Drivers Only" analyst and driver of the No. 22 Shell-Pennzoil/Autotrader Ford Fusion

“We feel like we’re pretty well-directed by our FOX NASCAR producers, but when these guys take over the ‘Drivers Only’ broadcast, it’s a bit of a free-for-all. There’s no telling what’s going to happen or what they’ll say or see."

On the performances of the driver broadcasters in last year’s “Drivers Only" race at Pocono:

“Each of them did an incredible job last year and made for an awesome race broadcast. My biggest takeaway was witnessing some of the drivers who haven’t been FOX Sports driver analysts (for the NASCAR XFINITY Series) before realize just how much work goes into a broadcast. Across the board, from the booth to pit road, they did an amazing job. But those less familiar with the process were a little surprised it wasn’t as easy it as it seems on TV."

On the challenge of calling the NASCAR XFINITY SERIES race at Talladega as opposed to a track more like Pocono:

“Of the 14 NASCAR XFINITY Series races that FOX Sports airs, Talladega will be the most difficult for the drivers to call. This isn’t like Pocono or Michigan. There is a lot going on the entire race at Talladega, so it’s going to be fun watching them hang on for the ride. However, I truly think they’ll do just as good of a job as they did at Pocono. And this is so much fun for us at FOX, as well as the drivers. If we’re not having fun, then the viewer likely won’t either. And I guess if the drivers aren’t having fun calling the race, we won’t have much fun being alongside them."

On whether a dark horse could win this weekend’s Cup Series race at Talladega:

“This is the track for one-hit wonders. Everyone has a shot."

On whether a younger driver could break through for a win at Talladega:

“The last time a driver younger than 30 won a race this season was the Daytona 500. Could lightning strike twice? If so, I’m looking toward Chase Elliott."

“It is hard to narrow down the reason for Ford’s strong showing on the plate tracks lately, but I wouldn’t be surprised to see it continue this weekend. It’s a combination of several factors: Ford drivers who really know how to draft; the Ford body being more suited for low drag than Chevrolet and Toyota; and the impressive horsepower Roush Yates puts out at plate tracks."