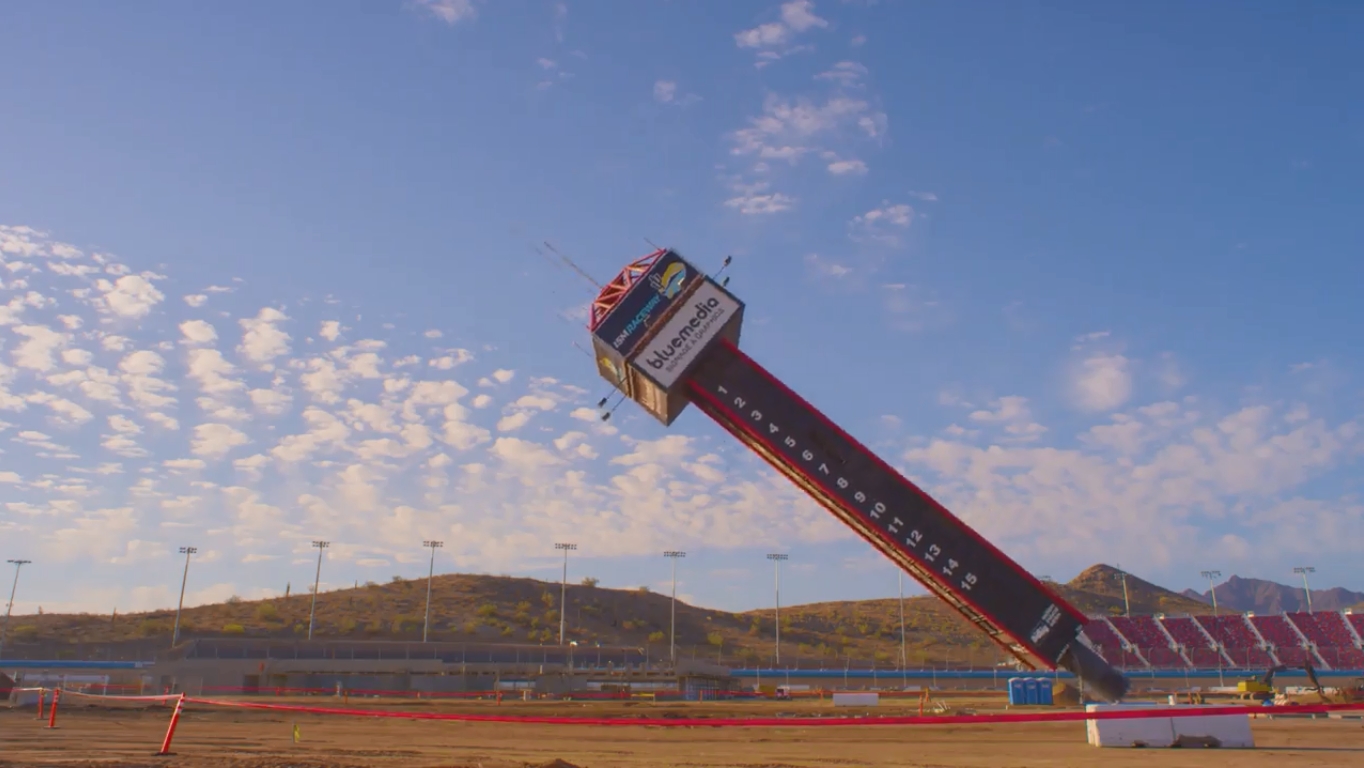 On Sunday, April 22 at 7 a.m. the ISM Raceway Scoring Tower was knocked down in spectacular style.

At over at over 150 ft. tall the scoring tower stood taller than a 15 story tall building.

The Scoring Tower demolition was a key moment as the renovation project. Construction activities are running at full speed to remove the old infield buildings and make room for the new infield buildings, garages, and Fan Zone as part of the infield portion of the $178 MM renovations.

Construction will be completed for the Can-Am 500 Monster Energy NASCAR Cup Series races on November 9-10-11, 2018.

Two workers cut the massive steel base with blow torches while the sides of the Scoring Tower structure were tethered with large steel guywires to ensure the structure would fall in its designated landing zone. Once the steel base structure was cut to pre-determined marks by the structural engineers, it was then pulled by a third steel cable attached to an excavator.