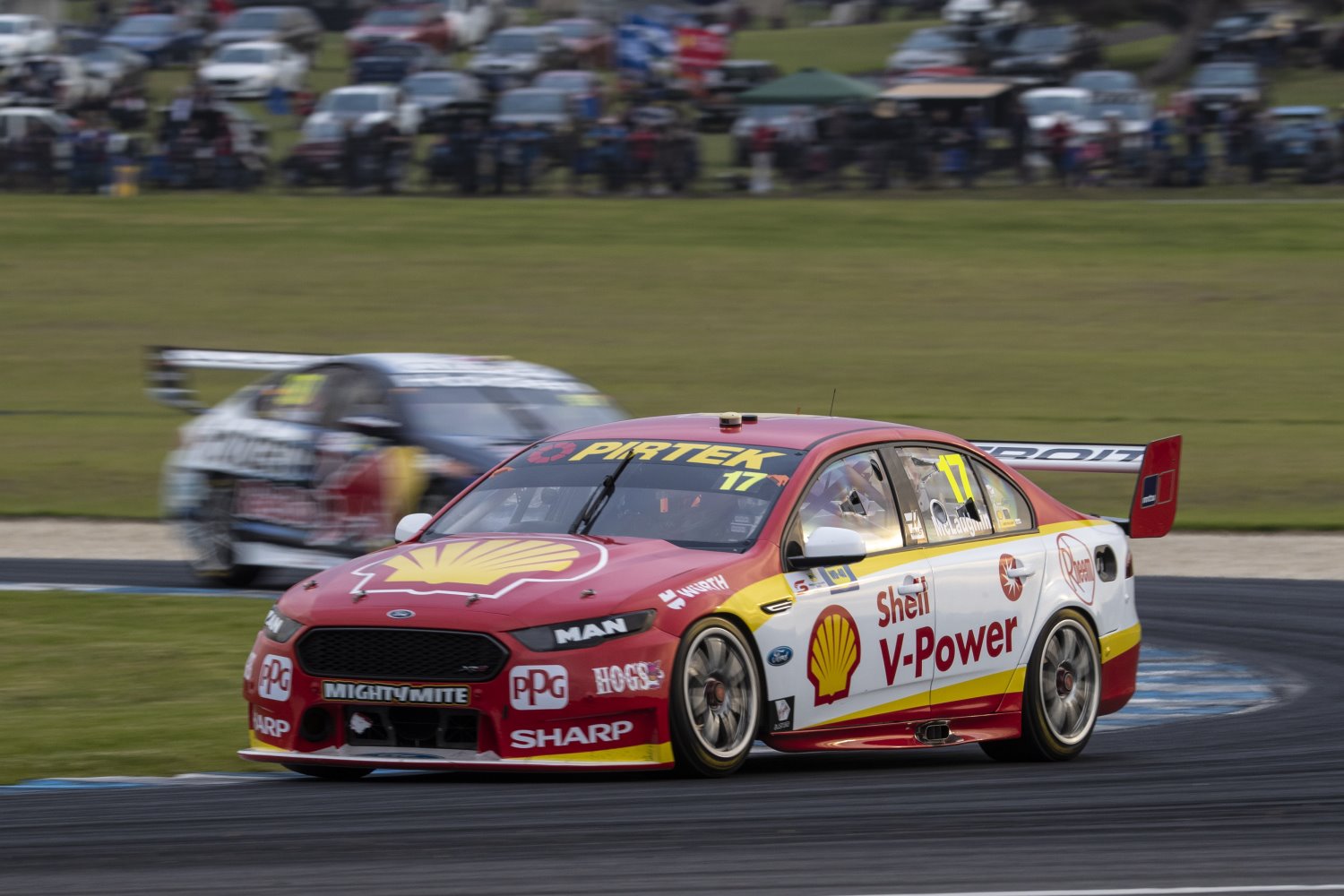 Scott McLaughlin has capped off a perfect weekend at the WD-40 Phillip Island 500, winning this afternoon's 250km race in the Virgin Australia Supercars Championship

As was the case yesterday, McLaughlin had to make an inch-perfect passing move at high-speed to claim the race lead, but as he did yesterday, the 24-year old kept his cool to make it two pole positions and two wins for the weekend.

McLaughlin had the perfect start from pole, edging his Falcon past Reynolds to lead the pack into the first corner.

Having pitted early, Kelly looked strong and managed to pull away to a three-second lead over Reynolds after the first cycle of stops, while his Nissan teammate Caruso was able to hold off McLaughlin.

That was until midway point of the race where McLaughlin surprised the race leaders by pitting for a quick tire change and refuel.

“We were so excited for a podium yesterday but we feel a bit flat today after we led the race," Kelly said. “We just couldn’t pit as early as those guys due to the fuel on board but nevertheless a double podium is very exciting."

Reynolds reacted first and pitted a lap later. He re-joined in front of McLaughlin and was able to maintain the lead until McLaughlin made his move with 25 laps remaining.

In almost the identical move he made yesterday to overtake Jamie Whincup for the race lead, McLaughlin dived down the inside on turn two as both drivers fought for position at high-speed.

“It wasn’t that epic for me because I lost out," Bathurst Champion Reynolds said.

“We jumped him in the pits, but had a lot of understeer in those first few laps and he snuck past me. I was hanging with him but he is very fast here. He did a great job."

From there McLaughlin was able to hold on to claim his third race win of 2018 and sixth at Phillip Island since 2014.

“I can’t do it without my great team," McLaughlin said. “We had an awesome rocket ship all weekend. We had to fight hard there for a while. Ludo said to back off but I asked for one more lap to get past and I managed to do it."

He now holds a 60-point lead in the championship over Reynolds. Van Gisbergen is third ahead of Lowndes, with Whincup trailing 142 points behind McLaughlin in fifth, after entering the weekend as the points leader.

In extending his Championship lead, McLaughlin didn’t hide the fact he needed to continue the effort across the entire season.

“Everyone knows I need to be consistent all year to get it done which was something I didn’t do last year. Today was a good start."

The Virgin Australia Supercars Championship will now make its way across the country to Western Australia, for the Perth SuperSprint which will run from 4-6 May.