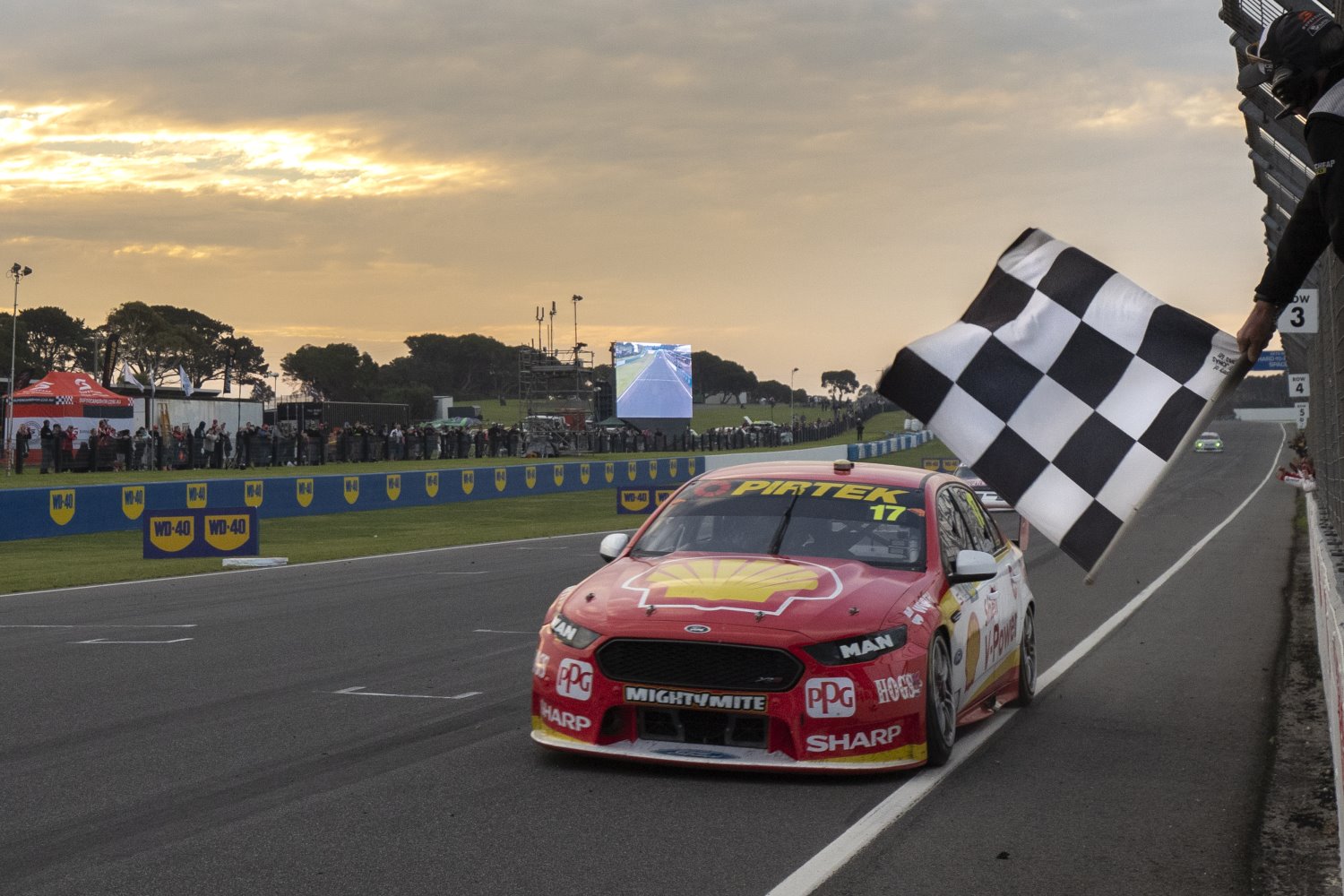 Scott McLaughlin won the heavyweight battle with arch rival Jamie Whincup at the WD-40 Phillip Island 500 in a cat and mouse game, at the same time assuming the lead of the Virgin Australia Supercars Championship by a single point over the seven-time Champion.

The pair, as they did yesterday, went toe to toe for the best part of an hour and a half with the young tyro prevailing in the first of two 250km races this weekend.

It elevated him into the Championship lead for the first time this year in the same week Ford celebrated the Mustang returning to the sport in 2019.

“The battle between Shell V-Power Racing and Red Bull is fantastic," McLaughlin said. “I am glad to be a part of it and always had great battles with Jamie. Last year was amazing and it’s always sweet when you are on top."

Nothing epitomized the rivalry between Whincup and McLaughlin like the start of the race when the two went door to door for the first four corners at more than 230km/h on cold tires. Eventually McLaughlin relented, settling back into second.

By then the pair had leapt ahead of the rest and the third placed Shane van Gisbergen by two seconds as the field settled in for the race. The first round of pit stops did not change the order of the leaders despite McLaughlin’s team trying to jump Whincup is the pits.

Nissan Motorsport’s Rick Kelly, in his 500th career race, popped into third when he short-filled at the first stop in the Castrol Altima, putting him ahead of Shane van Gisbergen, David Reynolds and Craig Lowndes on the track.

The former Champion, who took the title at the same circuit in 2006, scored his first podium since the Sydney 500 in 2015 in a welcome return for the two-time Bathurst winner. It made for a Ford-Holden-Nissan podium with all three manufacturers spraying the champagne.

“It was unbelievable. The car we rolled out was very strong. I had to work for it. It looked like a steady race but that last stint we had to push hard," Kelly said.

“I am pretty excited. It has been a tough little stint lately and it’s a good reward for everyone here and back at the workshop. It was as hard as I can drive.

“It’s not a win but for us it really is, it has been a tough slog."

A head-to-head battle of the pit crews after 30 of the 57 laps would have a major bearing on the race, giving McLaughlin another chance to jump in the pits. But near identical stops meant the pair came out in the same order they entered.

With 17 laps to go and after applying enormous pressure lap after lap McLaughlin made his move. Setting it up on the straight, McLaughlin snuck underneath a fading Whincup at turn two and into the lead.

“I was working on him for ages. I needed to get closer through one, I was close there but his car was so fast down the straight, even in a tow he was pulling away from me," said McLaughlin.

Fabian Coulthard made up eight positions in the opening two laps having been sent to the back of the grid for a technical infringement with the rear wing which the team inadvertently set an incorrect angle on the rear wing of the Shell V-Power Falcon.

There were plenty of willing battles through the field throughout the race, none better that Lowndes, Van Gisbergen and Reynolds behind the leaders, then Chaz Mostert, Reynolds and rising young star Anton de Pasquale in the closing stages.

MCLAUGHLIN QUOTE: “I worked on Jamie for a few laps before making that pass, I thought about it for a while through that first stint and I knew I would have to be pretty decisive to get it done. He went just a little wide, and I threw it up the inside and made it stick. He was very strong down the straights, so I knew I wouldn’t get him there. It’s so awesome to be back on the top step at Phillip Island, I love this place and am looking forward to tomorrow."