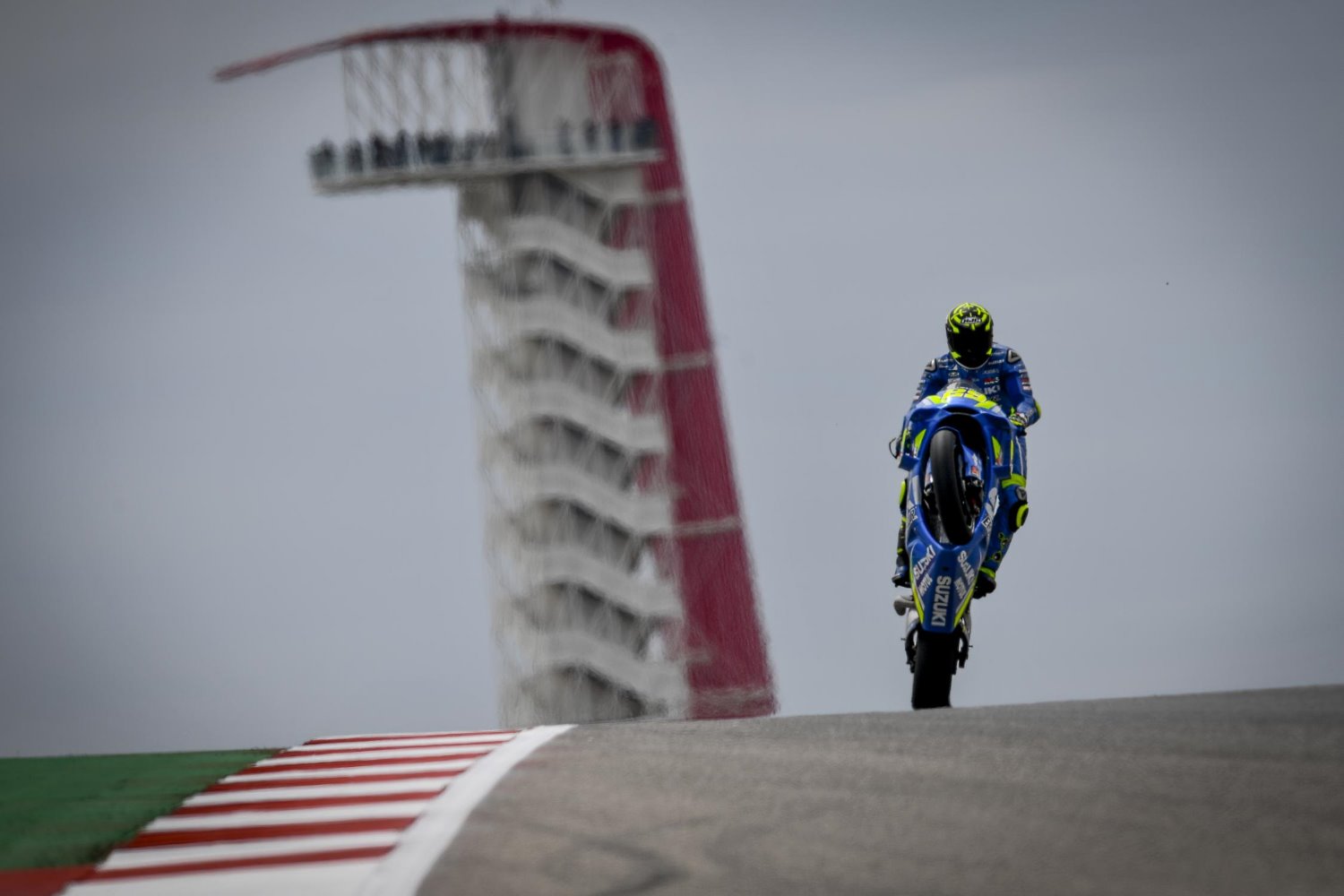 Andrea Iannone (Team Suzuki Ecstar) left his best till last at the Red Bull Grand Prix of the Americas, as the ‘Maniac’ slammed in a 2:04.599 to depose the King of COTA Marc Marquez (Repsol Honda Team) from the top on Friday. The gap between the two was just 0.056, and Marquez also suffered a crash on Friday – rider ok. Behind the number 93, the Movistar Yamaha duo of Maverick Vinales and Valentino Rossi completed the top four, within another couple of tenths as it tightened up at the top.

With weather looking set to change on Saturday in Austin, the end of FP2 saw a mad dash to get into the top ten and secure provisional entry to Q2 qualifying. In that rush, Iannone was the last to strike big – and win – but there was another big headline, too: Johann Zarco (Monster Yamaha Tech 3) ending the day in P13 overall; heading for Q1 if the rain comes.

Behind the four men at the top, the timesheets remained tight and it was Championship leader Cal Crutchlow (LCR Honda Castrol) locking out the top five as he aims to hold onto that advantage heading back from the US. One of the men fighting him for the win last time out, Alex Rins (Team Suzuki Ecstar), was on his tail in P6 as the Spaniard got Texas off to a positive start – keeping compatriot Jorge Lorenzo (Ducati Team) just behind him by a mere three hundredths.

Andrea Dovizioso (Ducati Team) was eighth, moving up late on in the day and securing a safe move through to Q2 if the skies changes on Saturday, with an impressive performance from Aleix Espargaro (Aprilia Racing Team Gresini) seeing the Spaniard take ninth, just under a tenth off the 2017 Championship runner up.

Dani Pedrosa (Repsol Honda Team), meanwhile, completed the top ten. The three-time World Champion found FP1 tough going as he rides just over a week after surgery on a broken wrist, but was back at it in FP2. Pedrosa also put in a representative amount of laps as he tested his fitness, as well as being able to take a stunning provisional place in Q2.

So will the skies change over COTA? Will the King take back his throne on Saturday? Or will the competition get even closer as we count down to Round 3…