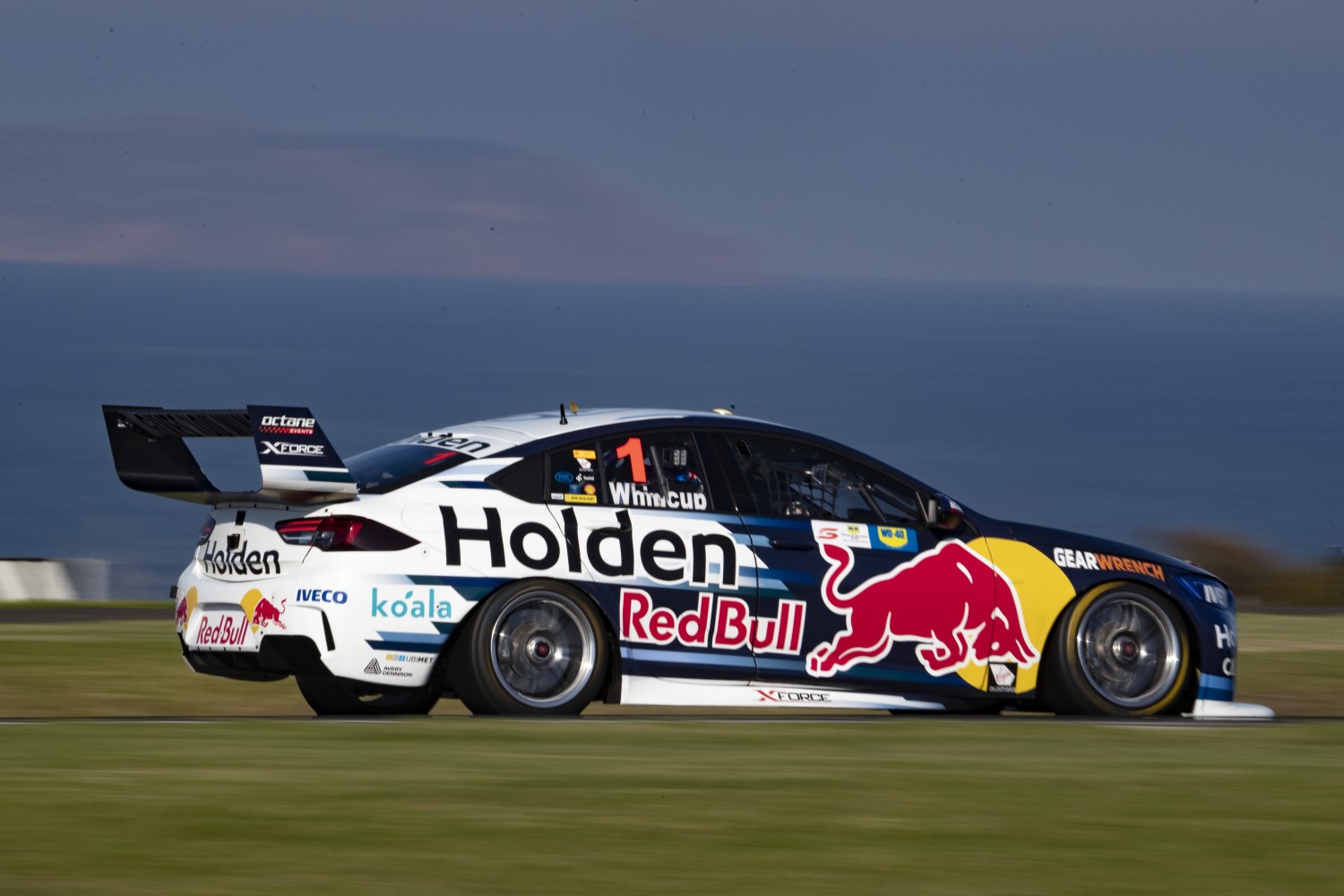 The Red and Blue combatants continued their head-to-head battle in Friday practice with Red Bull Holden Racing Team’s Whincup the only driver to go under the 1m:30s mark from the day’s two sessions.

His Shell V-Power rival McLaughlin was tight on his rear bumper with the second DJR Team Penske car of Fabian Coulthard third and Tickford Racing’s Mark Winterbottom, in his 200th event this weekend, fourth in his Bottle-O Falcon.

The start of the session was delayed by 30 minutes for barrier repairs at Lukey Heights, required after a heavy crash in the preceding Porsche Carrera Cup practice session.

Whincup was fast straight away when the session got going, turning the weekend’s maiden sub-1:30s lap, his 1:29.9856s an effort that was never bettered.

McLaughlin got within 0.2196s with two minutes left on the clock, when Whincup went back out but could not improve on his earlier flier.

“We put good tires on at the start and then at the end," said Whincup.

“We detuned the car unfortunately due the session, so we didn’t go as quick at the end. We’re there or thereabouts, the way we have the last few rounds, but those Penske cars are quick so we’re going to have to work hard to get pole."

The Erebus Commodores of David Reynolds and top rookie Anton de Pasquale were 11th and 12th, with Todd Hazelwood the next-best newcomer in 15th and last-start winner Craig Lowndes 19th. Less than a second separated first from 15th.

De Pasquale continues to impress in his rookie year while Reynolds sit second in the Championship.

“He is a well-established driver," Reynolds said. “We don’t need to question his ability, just give him the car to be able to do it.

“The Championship is won over a whole year, it’s not won in a race. This style of track probably wouldn’t suit our car if we were to mark the ones we aren’t good at. We need to really work at it."