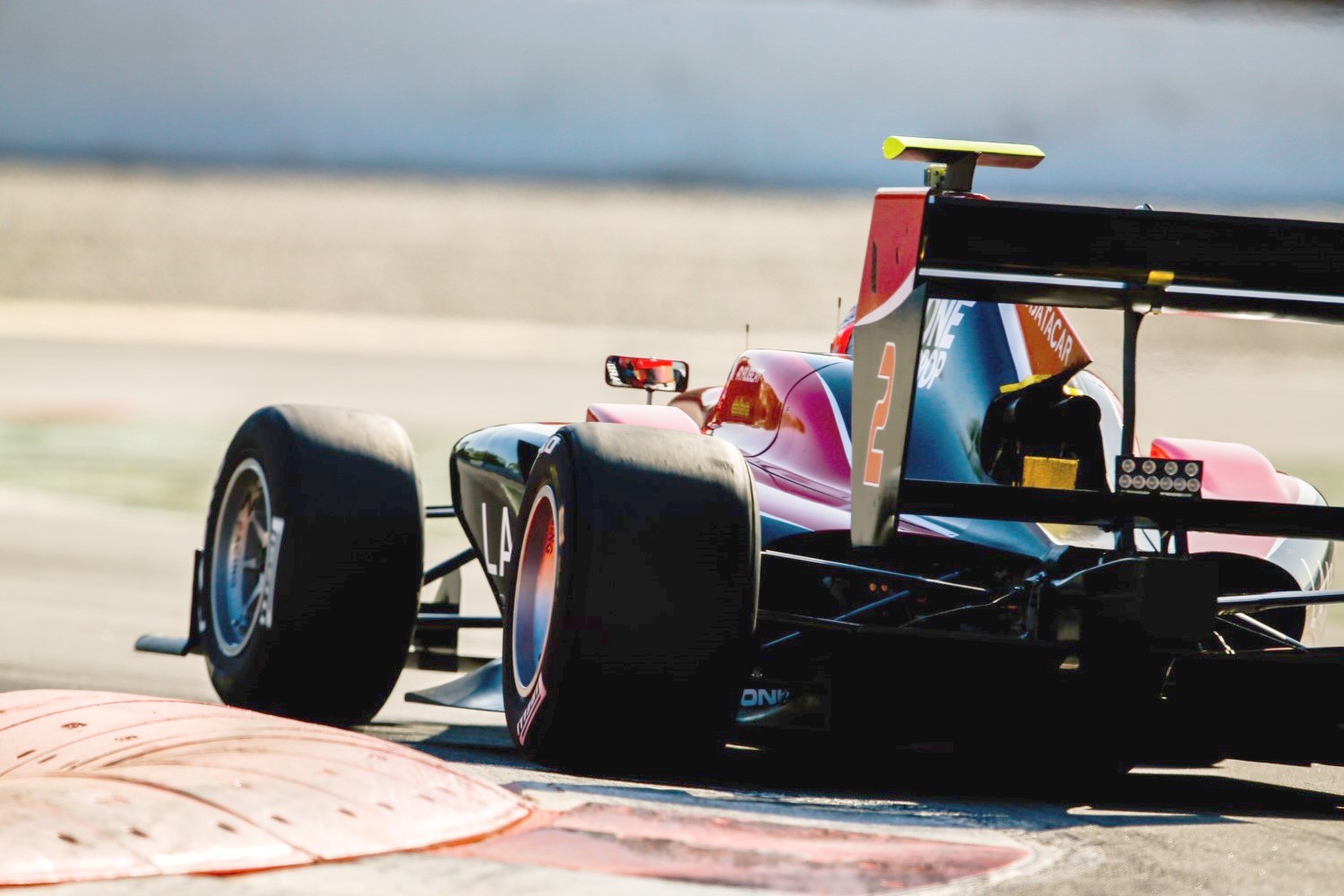 Anthoine Hubert concluded the final GP3 Series pre-season test at Barcelona, Spain on top of the time sheets, setting a quickest lap of the day with a 1:31.751 in the morning session to beat ART Grand Prix teammates Callum Ilott and Jake Hughes to the top of the timing boards.

First on track, Ryan Tveter led out Trident teammates Alessio Lorandi and Pedro Piquet at the start of the session, quickly joined by the rest of the field as they sought to make the most of the cool track conditions in the early morning. Julien Falchero (Arden International) set the initial pace before a red flag, called for Lorandi who had suffered from mechanical issues.

Once the running had recommenced, the pace proved to be faster than that from the previous day; Ilott quickly beat Falchero’s early benchmark, before yesterday’s fastest driver Leonardo Pulcini (Campos Racing) eclipsed the ART Grand Prix driver by less than a tenth. Ilott then reassumed the lead of the timing board at the end of the first hour, becoming the first driver to slip below the 1m31s mark.

Ilott continued to whittle down his time, but teammate Anthoine Hubert displaced the British driver from the top of the timesheets with a lap just 0.03s quicker, leading the way into the final hour. There was little change as the session endured a slight lull, peppered with sporadic appearances from a handful of cars, before the final half-hour welcomed a greater number of race simulations.

The earlier laptimes, however, were left untouched, and a further planned Virtual Safety Car test played the session out to its end with Hubert remaining on top ahead of Ilott and Hughes.

Pedro Piquet was the first man on track in the afternoon, which he had all to himself in the opening half-hour as teams continued to prepare following the break. He was later joined on track by MP’s trio of drivers, who indulged in race simulations and practice pitstops as the track slowly started to teem with activity.

After an hour at the top, Piquet was displaced by Calderon who shaved a tenth off the Brazilian’s time, leading a quiet second hour which included very little interruptions to the timing board as race runs continued to be the priority throughout the remainder of the session.

With five minutes to spare, Alesi popped up into the lead of the session, setting a 1:32.901 to complete the session ahead of Calderon and teammate Piquet. Juan Manuel Correa (Jenzer) was fourth ahead of Joey Mawson (Arden), as fellow Jenzer driver David Beckmann grabbed the sixth-best time ahead of Diego Menchaca (Campos) and Tveter. Campos’ Simo Laaksonen. and Gabriel Aubry of Arden rounded out the top half of the field.

This concludes the GP3 pre-season, as attention now turns to the Barcelona season-opener from the 11-13 May.