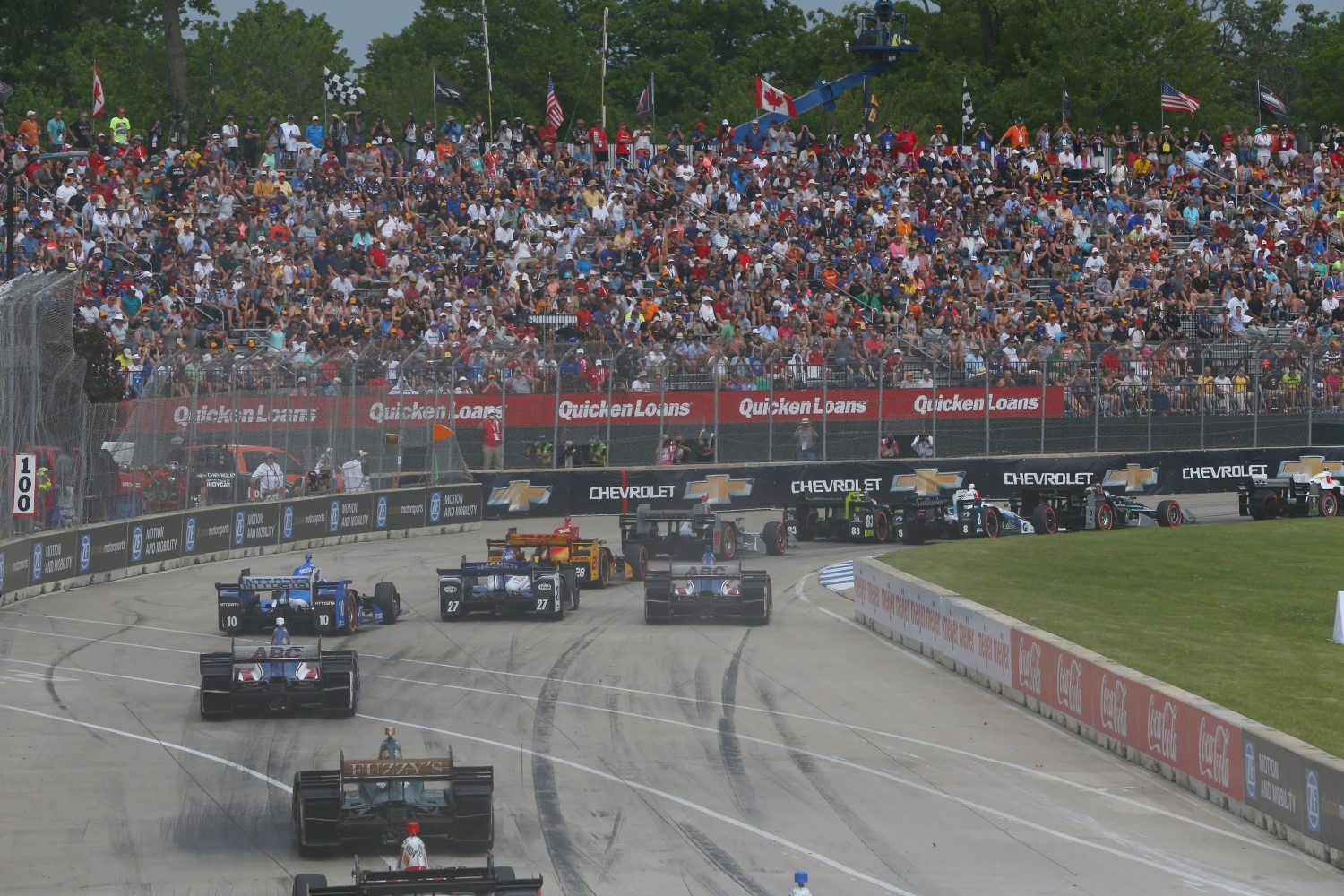 As work begins today on Belle Isle, a number of new enhancements were announced for the 2018 Chevrolet Detroit Grand Prix presented by Lear, to be held June 1-3.

The most important change coming to the Grand Prix this year is the reduced time that the event will spend at Belle Isle Park. To minimize the amount of time spent on Belle Isle during the prime early days of summer, the Grand Prix begins its build out on the island today – one week later than in 2017. Since 2015 the Grand Prix has reduced its total time spent on the island by 27 days – a direct response to park goers that requested less time overall for the build out and removal of the race venue infrastructure.

At over 2.3 miles, the Grand Prix currently features the longest track distance of any professional temporary street circuit in North America. Already one of the fastest constructed race venues in the world based on a days-per-mile formula, the new accelerated schedule will make the process even faster for the Chevrolet Detroit Grand Prix presented by Lear.

Also new for 2018, the Grand Prix will build its race track barriers and fencing on the inside of the course first, instead of building both sides of the track at once, as in past years. This new process will allow unobstructed views of the picturesque Detroit River waterfront for as long as possible leading up to race weekend. Another new process implemented for 2018 will provide regular ingress and egress on Belle Isle through Memorial Day weekend in order to help alleviate any holiday traffic issues affected by the track build out in past years.

Along with its shortened overall time on Belle Isle, the Grand Prix will feature some new viewing locations on race weekend in 2018. Based on feedback from the annual Grand Prix fan survey, Grandstand 3 – formally located at the end of Turn 3 on the right side of the race track – will be moved to the left side of the track. This new location will create a better view for fans to see the cars race on one of the best passing zones at the circuit, before the competitors enter the tricky Turn 4. Because it was such a well-received addition to the Grand Prix in 2017, the size of the popular backstretch viewing area will be doubled in 2018 and the event is adding two new viewing platforms near Turn 2 and Turn 3. All of the grandstands and viewing platforms in these areas at the Grand Prix are General Admission (GA), and all GA ticket prices remain the same for the 2018 event.

The place where the top finishers of all seven races at the Grand Prix celebrate will also have a new location in 2018. The Autotrader Winners Circle will move from its former location near the Belle Isle Casino to the signature landmark on Belle Isle – the beautiful James Scott Memorial Fountain. The historic Fountain will provide a memorable backdrop for race winners, their teams and fans to celebrate their performance at the Grand Prix. All fans that have passes to the Fifth Third Bank Paddock will be able access the Scott Fountain area and witness all of the exciting activities in the Autotrader Winners Circle throughout race weekend.

Tickets for the 2018 Chevrolet Detroit Belle Isle Grand Prix are on sale now. For more information and to purchase tickets visit www.DetroitGP.com or call 866-464-7749 (PRIX).