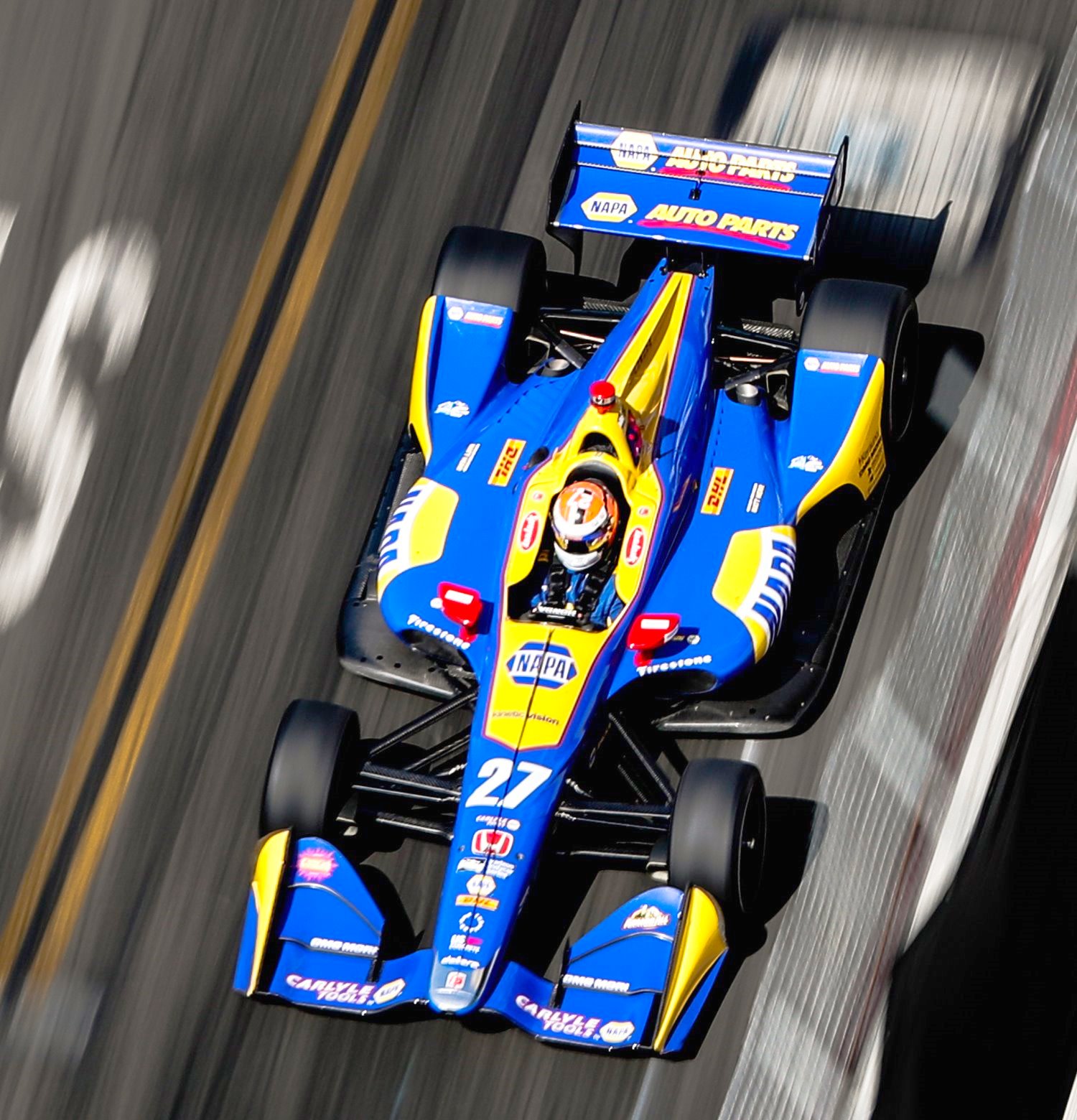 Andretti Autosport's Alexander Rossi, with Honda power, just beat Penske Chevy teammates Josef Newgarden and Will Power for fastest time in the third practice session for the IndyCars on the streets of Long Beach, California.

Team Penske raised their game overnight and had three cars in the top-5 with the Honda of Ryan Hunter-Reay 4th and Penske Chevy driver Simon Pagenaud rounding out the top-5.

Rossi was also fastest in practice 2 Friday and the man who passed everyone twice at Phoenix after being almost 2 laps down has led 2 of the three practice sessions here. But can he do it again for pole or will the Penske shock cars be too much to overcome?

The red flag came out at the end of the session when rookie Jordan King collected the tire barrier.