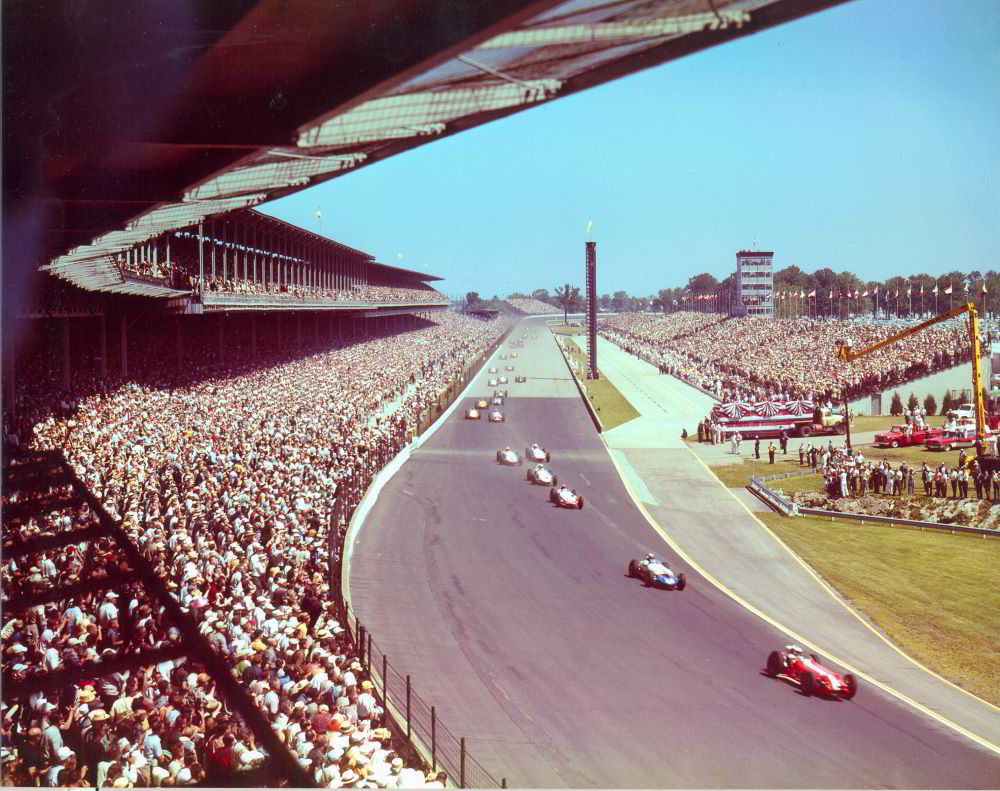 The reserve oil tank of Jones’ car developed a leak near the top in the closing laps, and oil could be seen streaked on the tail of the car and smoking as it touched the hot exhaust pipe. Clark’s team owner, Colin Chapman, pleaded with chief steward Harlan Fengler to black-flag Jones, as Fengler had threatened in the pre-race drivers’ meeting to do to any car leaking oil.

But before Fengler could pull Jones from the racetrack, the leak stopped when the oil level dropped below the crack – just as team owner Agajanian had insisted to counter Chapman’s pleas. It was the only victory at Indianapolis for Jones, who also led the race in 1964 and appeared to be cruising a dominant victory in 1967 in the famous STP Turbine before an inexpensive transmission bearing broke on Lap 197, bringing him to a halt.