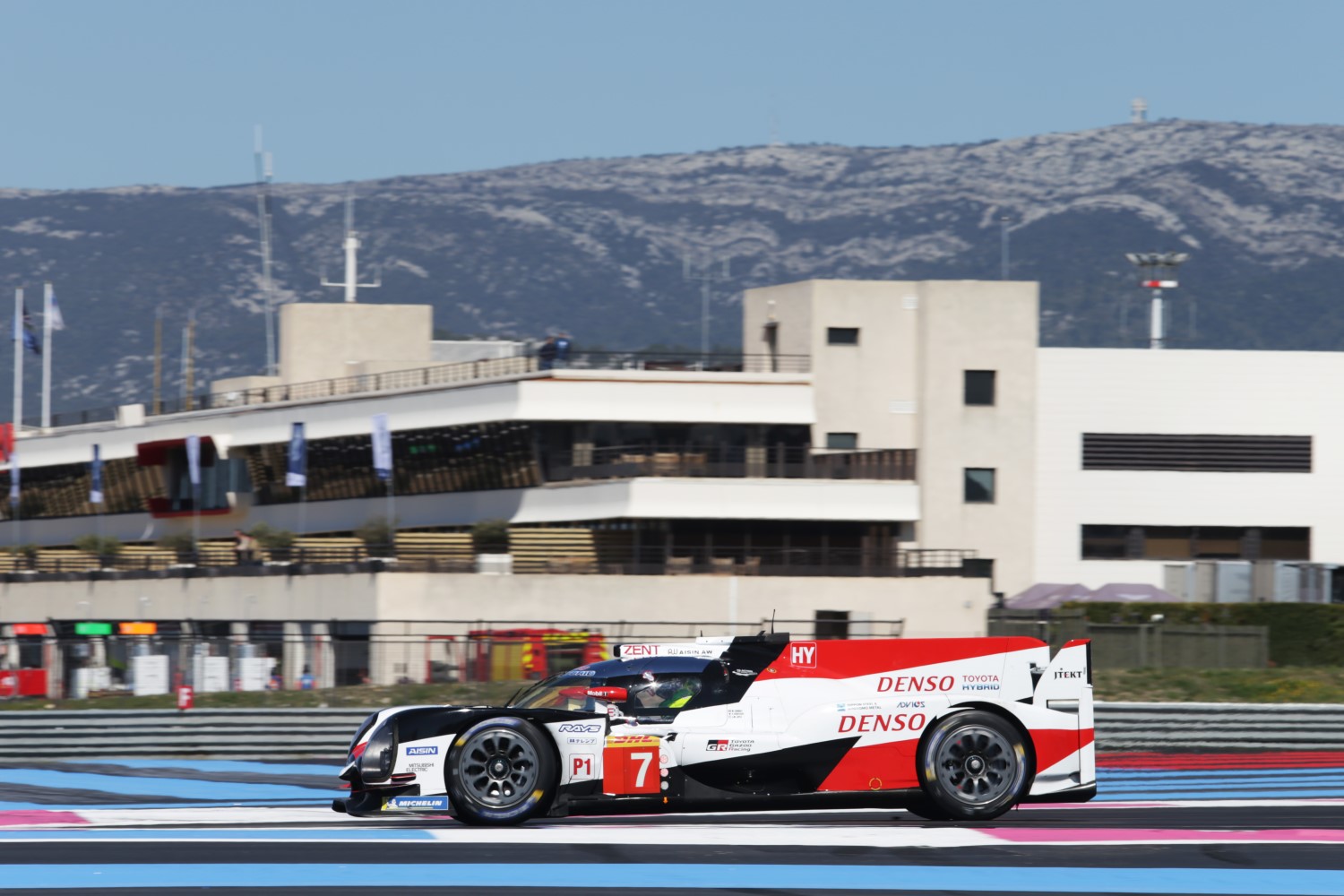 TOYOTA GAZOO Racing made a productive start to the 2018-19 FIA World Endurance Championship (WEC) season during a busy Prologue test at Paul Ricard in southern France.

The team entered two TS050 HYBRIDs for the official test session, which ran from 10am on Friday to 4pm on Saturday and featured most of this season’s WEC entrants, including seven non-hybrid LMP1 cars.

The Prologue is the first time for the TS050 HYBRIDs to share a track with this season’s LMP1 competition, who benefit from 69% more fuel than the TOYOTAs as well as other technical advantages intended to enhance their performance.

The #7 car ran for the full 30 hours in the low downforce specification which will be used at Spa-Francorchamps and Le Mans. Mike Conway, Jose Maria Lopez, Sebastien Buemi, Anthony Davidson and Alex Wurz all drove the car during 839 laps.

The main focus of that car was to test the reliability of components, as well as optimizing procedures in case of unexpected issues. To that end, the team simulated technical problems to allow mechanics, engineers and drivers to practice parts changes and procedures for bringing the car back to the pits.

As planned, the #8 TS050 HYBRID ran for the daytime sessions on Friday and Saturday in a high-downforce configuration as used to win last season’s 6 Hours of Bahrain and completed 163 laps of set-up and tyre evaluations. It total the two cars completed 1,002 laps, a total distance of 5,802km.

Race drivers Kamui Kobayashi and Kazuki Nakajima were absent from the Prologue due to racing commitments in Super GT in Japan while Fernando Alonso is participating in Formula 1’s Bahrain Grand Prix.

Overall, the team made important progress in its preparations for the new WEC season and, with the team’s pre-season testing program now complete, all efforts turn towards the opening race of the season, at Spa-Francorchamps in Belgium on Saturday 5 May.

Mike Conway: “It’s been good to not only get on track with our two cars and two packages, but also the competition so we can get used to driving in traffic again. It has been really productive in terms of the programs we wanted to get through so everyone is feeling positive; we feel pretty well prepared for Spa and Le Mans."

Jose Maria Lopez: “We have had two great days in perfect weather. It was the first time this pre-season to run with traffic so that was good preparation. I enjoyed every lap and I am feeling confident prior to Spa; I’m ready to start racing. We have done a lot of testing but we know need to be prepared for everything so we never stop working."

Sebastien Buemi: “It was good to be with the other cars on track again to finally get a feeling for how our well we have worked during the winter. I am really happy actually with how it has gone for us these past two days. Hopefully we will be well prepared for Spa so we can kick off the season positively."

Anthony Davidson: “It’s nice to be back at the Prologue and for the first time we have done an endurance test during this event. Reliability is the key to Le Mans and that’s what we’ve been working on here. It’s nice to be with other cars on the track as this brings a sense of realism to the testing. It’s much more representative."

Alex Wurz: “They were not easy conditions with the wind but I was happy to be back, to drive again and to return the car in one piece after some decent lap times. It’s good to be back driving in traffic because this always mixes things up; I enjoyed a nice fight with my old team-mate Stephane (Sarrazin) at one point!"