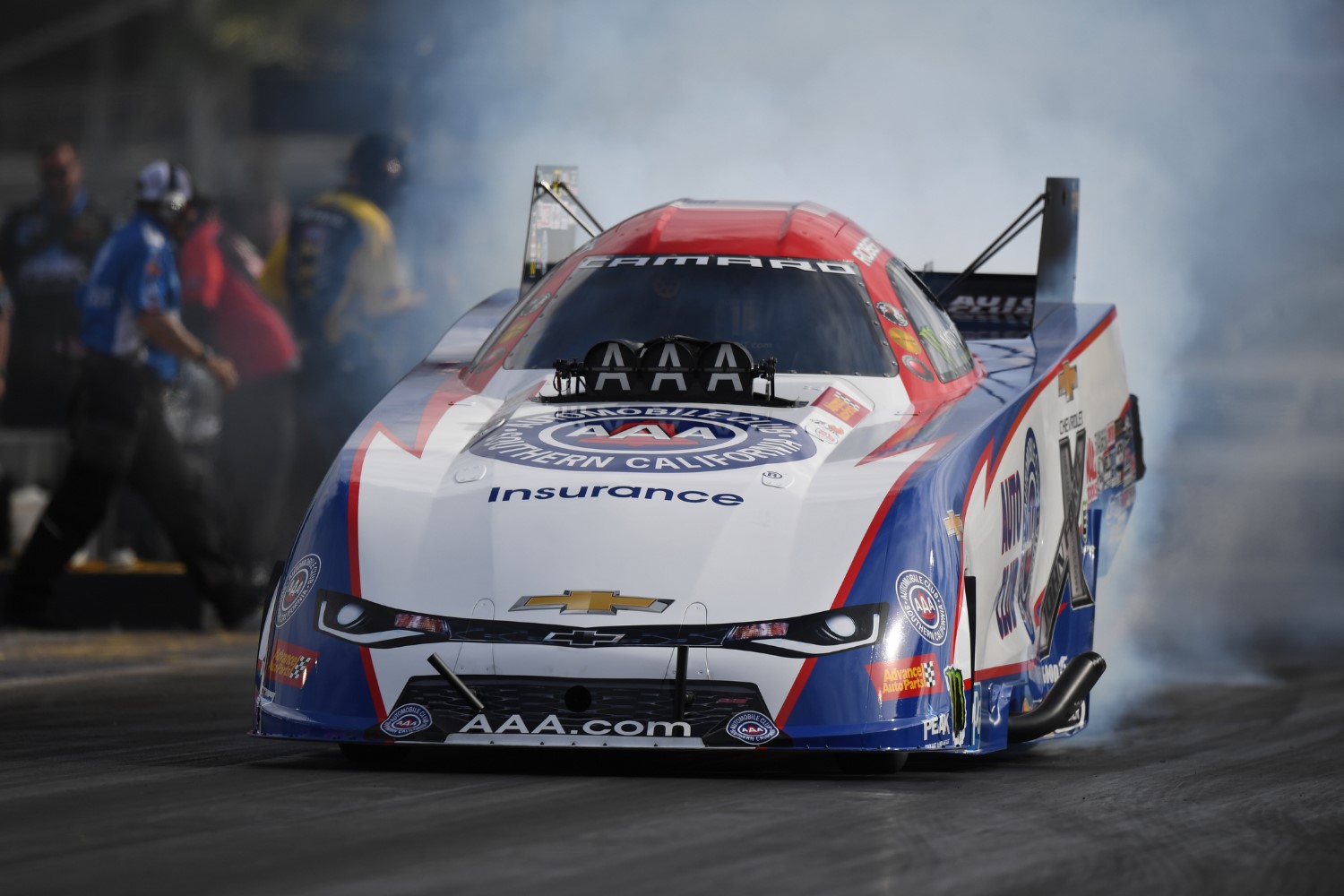 Hight leads the Funny Car category with a run of 3.963-seconds at 321.42 mph in his Auto Club of Southern California Chevrolet Camaro recorded during his first pass of the day. He’s chasing the top position in Las Vegas as he aims for his first No. 1 qualifier of the 2018 campaign after notching eight last season.

“It’s pretty amazing to be in the number one spot from a run during the hottest part of the day, but I know we will likely have to improve our time to hold onto the No. 1 qualifier tomorrow," Hight said. “Everyone at Las Vegas Motor Speedway worked their tails off over the winter to get this track done, but they got it done ahead of schedule and did an amazing job."

Tommy Johnson Jr. currently sits in second after a 3.983 at 315.49 in his Make-A-Wish Dodge Charger R/T, while teammate Ron Capps is third.

Brown leads the Top Fuel class with a run of 3.772 at 324.83 in his Matco Tools dragster posted during the second qualifying session. The three-time Top Fuel champion came into Las Vegas second in the points standings as he chases his first No. 1 qualifying position in 2018.

“We definitely underestimated the track on the first run, but in the second round we had a normal setup and our dragster went down smoothly," Brown said. “Our goal is to keep getting better and better each day because we haven’t been hitting our marks so far this year, but Vegas has always been a breakout race for us, and we are hoping to do that again this year."

Doug Kalitta qualified second with a 3.786 at 320.51 in his Mac Tools dragster, as he searches for his second win of the season after emerging victorious at the season-opening Pomona event.

In Pro Stock, Anderson currently holds the top spot after driving to a 6.669 at 206.45 in his Summit Racing Equipment Chevrolet Camaro during the first round of qualifying. He is looking for his second consecutive and 95th career No. 1 qualifying position after earning the top spot at Gainesville.

“We had an extra challenge today in preparing for the four-wide, but we hit it on the bullseye from the intel we got from my team," Anderson said. “Today was a pretty cool day, and I can’t tell you how great a job this track did on the race surface, it has great traction and each lane is done as well as the others."

Deric Kramer is currently qualified in the second spot with a 6.681 at 205.63 as he hopes to build on his strong start to the season that has him in fourth place through the season’s first three events.

Qualifying continues at 12:10 p.m. on Saturday.