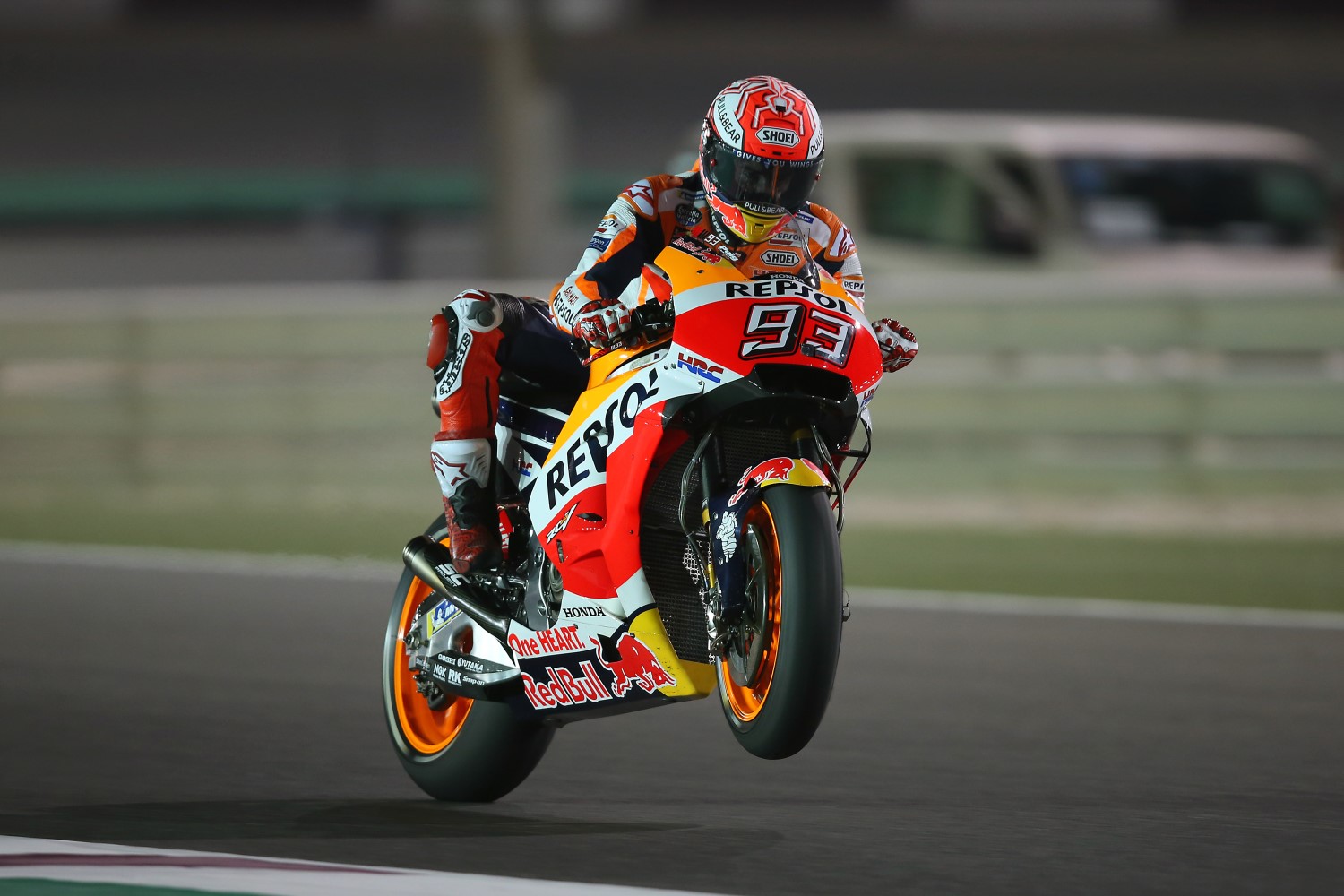 Repsol Honda’s Marc Marquez started the Gran Premio Motul de la Republica Argentina in fantastic fashion, finishing the day 0.404 seconds clear of his closest rival Cal Crutchlow (LCR Honda Castrol). With plenty of late chopping and changing – with all the riders battling it out to get into the top 10 – the Spaniard’s reign at the top of the time sheets rarely looked under threat.

Fellow Honda rider Crutchlow was his nearest challenger, finishing the day as top Independent Team rider on a track he has good results on in the past. Dani Pedrosa (Repsol Honda Team) was third, despite being 0.908 back from his team mate.

Tito Rabat (Reale Avintia Racing) was the first non-Honda rider to make it straight to provisional Q2 entry as he impressed, ending the day just 0.043 behind Dani’s time. Team Suzuki Ecstar’s Andrea Iannone was the only other rider to finish within a second of Marquez in P5.

It was a difficult day for both factory Ducati Team riders, with Andrea Dovizioso 1.543 seconds back in 15th and Jorge Lorenzo (Ducati Team) just behind. With Rabat leading the way so far for the Borgo Panigale marque, both will want to move forward on Saturday – and will be hoping the weather stays clear to allow improved lap times on the hunt for Q2.

Marc Marquez 93
1ST 1'39.395 (FP2)
“It was a good day for us. When we started this morning, the track was quite slippery and we struggled a bit but it was the same for every rider, and the asphalt steadily became cleaner. In the afternoon, the second session was a bit strange as conditions were kind of mixed, but all in all we were able to do good work on the bike setup, getting a pretty clear idea about those conditions. It was important to start the Argentinian GP well, but now we’ll wait and see what conditions we have going forward, as there’s a good chance things will change a lot in the next two days. It’s possible that we’ll have a very different track on Sunday, which would require a different setup, so we must keep our focus and continue working hard to be ready for the race."