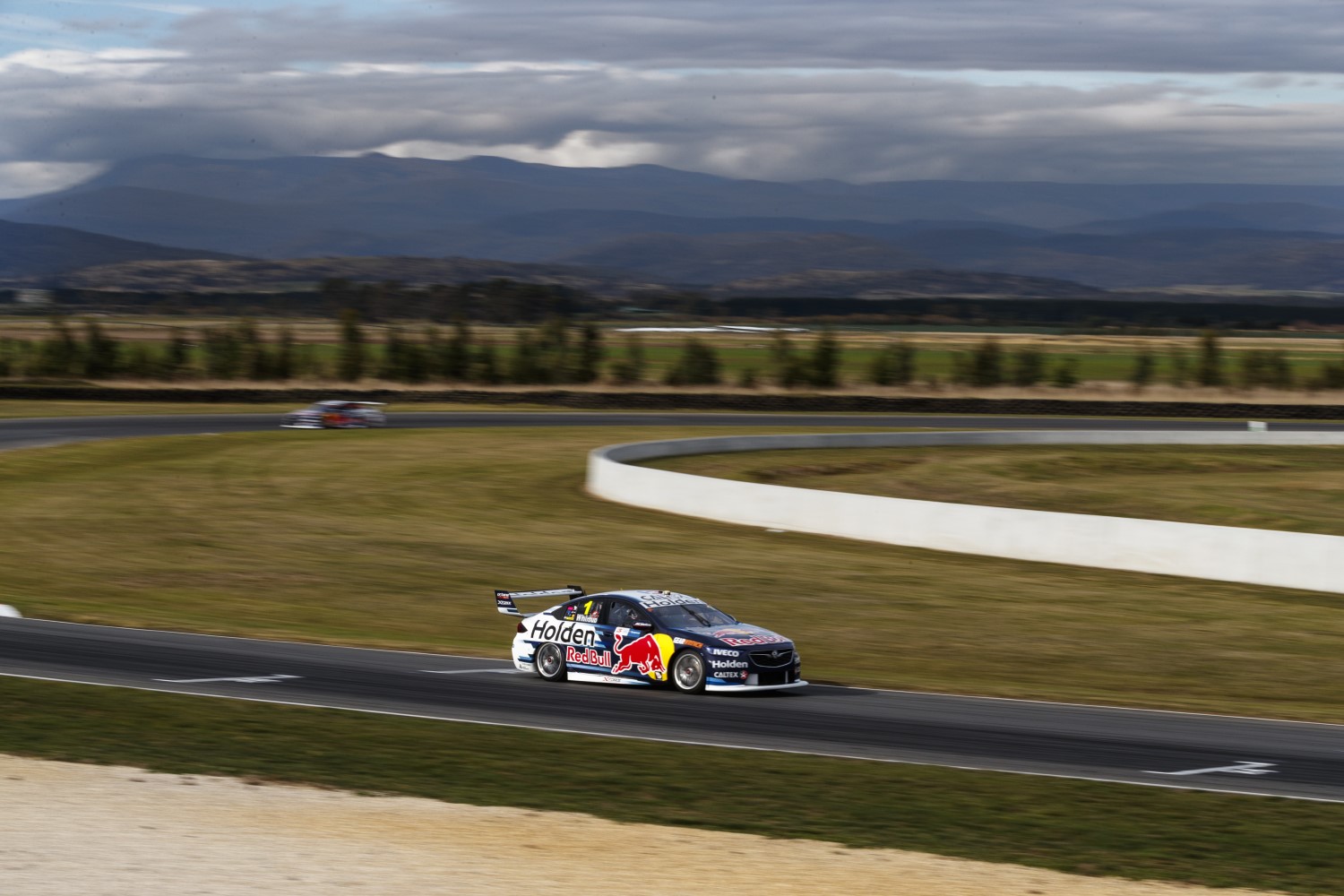 Lap records tumbled during practice today as drivers prepare for a brand new qualifying format for this weekend's third round of the 2018 Virgin Australia Supercars Championship, the Tyrepower Tasmania SuperSprint.

Defending Supercars title holder, Jamie Whincup, clocked the fastest ever lap time by a Supercar at Symmons Plains this afternoon, while his Red Bull Holden Racing teammate and current Championship points leader, Shane van Gisbergen, put in his own scintillating lap to be quickest in this morning's opening practice session.

In this afternoon's second crucial practice session Whincup was quickest in his Holden ZB Commodore ahead of reigning Bathurst 1000 champion, David Reynolds, while veteran Craig Lowndes was third.

Whincup said the added pressure of being quick in practice to ensure your position in the top ten for qualifying made today's practice sessions different to a normal Friday practice.

"We're normally not really too concerned about what time you put in on a Friday but now it's a factor," Whincup said.

"It's actually one qualifying session, split into three. We will sit out the first part of qualifying but there will still be a battle going on in the second session and then hopefully we can get through and into Q3."

Reynolds, currently second in the championship welcomed the change to qualifying.

"All the stress was done today so we don't have to stress tomorrow. Everytime we go to smaller tracks we have issues in qualifying, so I'm glad they did something," Reynolds said.

Lowndes, who claimed a third place finish in the Saturday race in Tasmania last year said it's a good feeling to have recorded a top three time today.

"This circuit suits my style, I was quietly confident that I could come down here and do a good job, but you never know, because the other 25 cars are going to be within a second, so a missed gear or anything and you can go from hero to zero very quickly," Lowndes said.

The best of the Ford drivers were the Shell V-Power Racing Team duo of Scott McLaughlin and Fabian Coulthard.

Drivers will now turn their attention to tomorrow's brand new qualifying format, which will be split into three parts before tomorrow afternoon's first 120km race of the weekend. A second round of qualifying and a 200km race will take place on Sunday.

Fans flocked to the historic Symmons Plains Raceway today to take advantage of the clear weather in Tasmania's north, with more than 50,000 fans expected to attend this weekend's event.