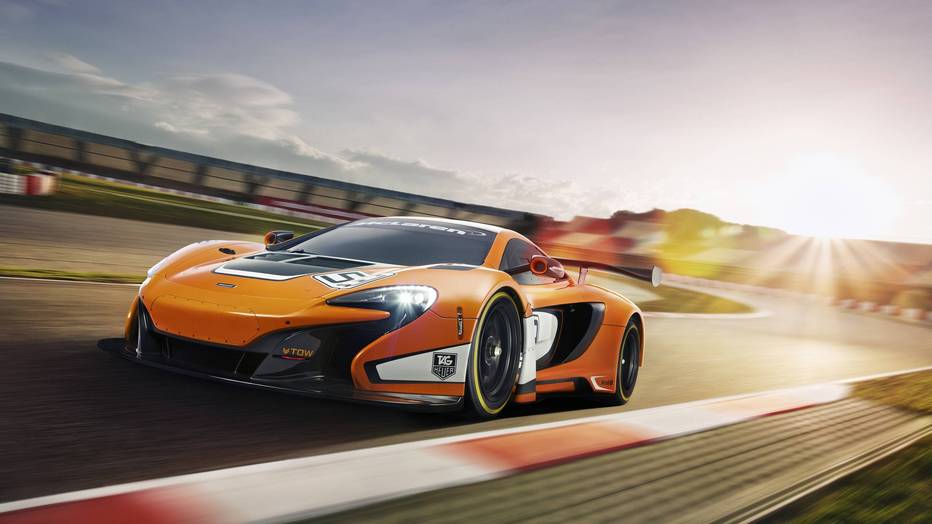 After winning three consecutive runs together at the 25 Hours of Thunderhill, Flying Lizard Motorsports and Toyo Tires have partnered to enter a car in the 2018 Pike’s Peak International Hill Climb this June. Colorado native and Pikes Peak master Clint Vasholtz will drive the No. 45 Flying Lizard Motorsports/Toyo Tires McLaren 12C GT3, which will run a variation of the iconic Lizard livery.

“When this opportunity was first brought up, we knew we couldn’t pass this up," said Flying Lizard Motorsports Program Manager Darren Law. “We’ve had a lot of success with Toyo Tires in our tire development program, and this event will be a new challenge for us that we’re very much looking forward to."

Located on the highest summit of the Front Range of the Rocky Mountains, the event will feature racing unlike any kind Flying Lizard Motorsports has done before. Founded in 1916, Pike’s Peak International Hill Climb is the second oldest automotive racing event in North America, drawing competitors from all over the globe. The course is a 12.42-mile long drive up the mountain, with an astounding 156 corners, and a finish line 4,720 feet above the starting line. At a total height of 14,115 feet, the course is fully paved, with a current lap record of 8:13.878, set in 2013 by Sebastien Loeb.

The current entry list features 96 competitors in 12 classes. With 23 victories in 26 years, Clint Vasholtz is the winningest driver at Pike’s Peak.

“I am very charged for the 96th running of the Pikes Peak Hill Climb, as I have teamed up with Flying Lizard Motorsports and Toyo Tires," said Vasholtz. “I am looking for my 24th Division win, with the precise car set up and engine tuning of Flying Lizard Motorsports for the McLaren 12c and also the extreme grip of Toyo Tires on what is a very slick surface at Pikes Peak."

“As we prepare for the 96th running of the Race to the Clouds, we look forward to once again welcoming Clint Vahsholtz, the winningest driver in Pikes Peak Hill Climb history. Clint’s expert course knowledge partnered with the broad-based appeal of Flying Lizard Motorsports will be exciting to watch," said Megan Leatham, Executive Director of the Broadmoor Pikes Peak International Hill Climb.

“Sponsor support is critical to the success of our event. Every year, Toyo Tire brings their excitement about being a part of this racing tradition," says Megan Leatham, Executive Director for the Pikes Peak International Hill Climb."

“The Pikes Peak International Hill Climb is a bucket list item for any motorsports fan in the world and we are thrilled to partner with Flying Lizard Motorsports, McLaren and Clint Vasholtz this year," said Marc Sanzenbacher, Sr. Manager, Motorsports for Toyo Tire U.S.A. Corp. “Pikes Peak is as an excellent opportunity to demonstrate the grip and performance of our ToyoÂ® ProxesÂ® Race Slicks as the race presents many unique challenges for a tire due to the bitter cold, uneven road surface, and constantly changing conditions."

The Flying Lizard Motorsports McLaren 12 C GT3 will be on display in front of 25,000 fans at the Toyo Tires booth at the Broadmoor Pikes Peak International Hill Climb Fan Fest in downtown Colorado Springs, Friday, June 22. The event will feature a variety of entertainment for race fans of all ages, including the annual Fire Fighter Chili Cook-Off. For full event information, visit ppihc.org.