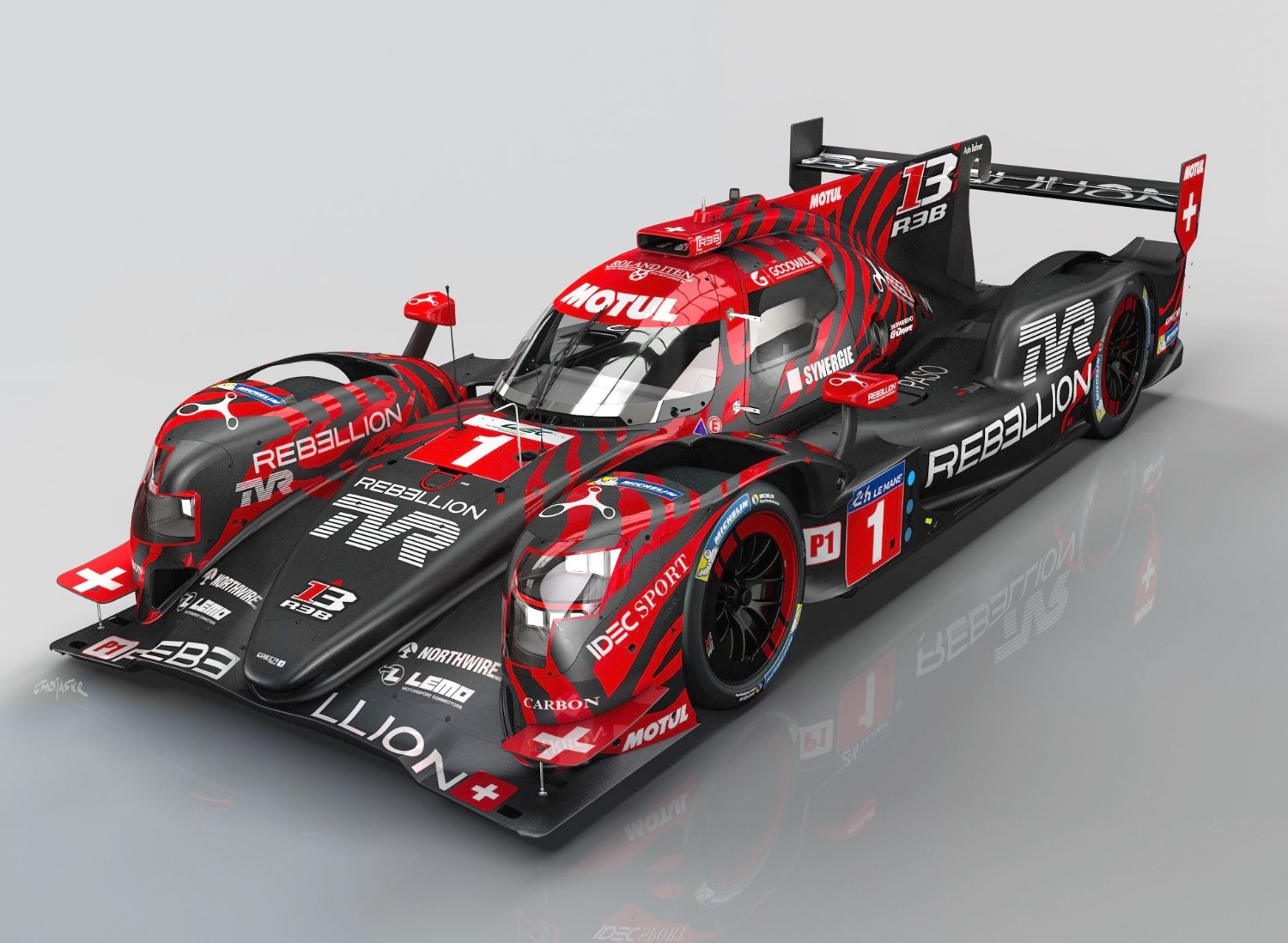 The FIA WEC Super Season is poised to start and REBELLION Racing has announced its partnership with the iconic British sports car manufacturer TVR. In September 2017, the brand – which is well known for its place in the history books of the 24 Hours of Le Mans – revealed its latest "Griffith" model. It is fitting for the brand to partner and work with REBELLION Racing for its return to Le Mans.

Following its entry in the LMP1 category, REBELLION Racing chose to reveal the outline shape of its ORECA R-13 prototype at the Geneva Motor Show. At Le Castellet circuit, for the FIA WEC Prologue, the car is unveiled for the first time.

Motul, at the heart of the collaborative alliance, is a mutual partner with REBELLION, TVR, Gibson and the FIA WEC. The creation of a synergy between these different major motorsport names was therefore an obvious move. The ‘Made-in-France’ oil brand and Gibson engines have worked together over the winter to develop an experimental lubricant for use in the LMP1 category.

TVR back to Le Mans
The TVR name will make a sensational return to the 24 Hours of Le Mans with both REBELLIONs in the premier category of the World Endurance Championship. The companies share common values on and off track, which is the reason why REBELLION Racing and TVR have decided to take up this new challenge together for the 2018-2019 Super Season.

About TVR
Founded in 1947 by Trevor Wilkinson, TVR is a British sports car manufacturer. Excelling in building light and powerful vehicles, the brand was the third-largest manufacturer of performance sports vehicles in the world for some time. After a period of inactivity of five years and a change of ownership, TVR presented the new Griffith on September 8, 2017 at the Goodwood Revival in England. Equipped with a Cosworth enhanced V8 Ford engine, the car is expected to deliver has an output of 400 bhp/ton. TVR’s last participations at Le Mans were in 2003, 2004 and 2005 with a T400R in the GT2 category.

Calim Bouhadra, vice president of REBELLION: "We are happy to once again enter the World Endurance Championship alongside partners such as ORECA, Motul and now the iconic TVR brand that all motorsport fans know. Since winning the title last November we have worked on an ambitious project for this new Super Season, with the creation of a brand-new car and recruitment of a quality driver line up. So, it's a new ambitious adventure that starts for REBELLION and we're looking forward to seeing our two R-13s face our competitors."

Les Edgar, Chairman of TVR: “Endurance racing is a key part of TVR’s DNA, and our role as the primary automotive partner of REBELLION Racing TVR gives us a great opportunity to return to the sport for the first time in 13 years. It also allows TVR to work with a competitive racing team and apply the output to the development and production of not only TVR road cars, but also our future one-make series and track cars. In this respect, the opportunity to work alongside Gibson, ORECA and Motul is fantastic."

Romain Grabowski, External Communication Manager of Motul: "What better platform than the FIA WEC and the 24 Hours of Le Mans to submit our lubricants to the most extreme conditions? It is with this in mind that Endurance is at the heart of Motul's strategy in motorsport. 2018 will be, for sure, a very great year as it marks our return to the LMP1 category. For that, we formed a group of people composed of ourselves, our friends and partners at REBELLION and TVR, without forgetting Gibson Technology, with which we developed a brand new experimental lubricant for the LMP1 engine this winter. It completes the 300V Motorsport Line range already recommended for the entire LMP2 category. In this context, it is an understatement to say that everyone at Motul can’t wait to see the first green flag of the season lowered!