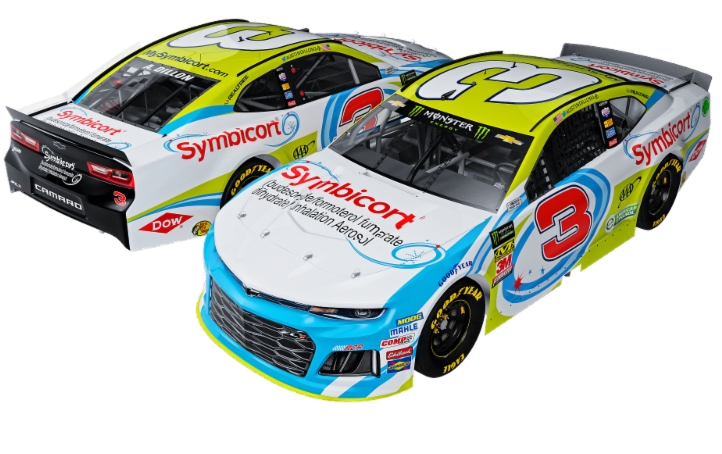 Richard Childress Racing announced today that AstraZeneca, a global science-based biopharmaceutical company, has partnered with Richard Childress Racing and the No. 3 Chevrolet Camaro ZL1 for select races during the 2018 Monster Energy NASCAR Cup Series. AstraZeneca's SYMBICORT (budesonide/formoterol fumarate dihydrate) brand will be featured as primary sponsor on Austin Dillon's No. 3 Chevrolet beginning at Texas Motor Speedway on April 8. SYMBICORT will also be featured as an associate partner for the remainder of the 2018 season.

"This partnership with SYMBICORT is special to me and my family," Dillon said. "We're looking forward to having its colors on my No. 3 race car for some upcoming races this season. I hope to drive awareness of MySymbicort.com."

AstraZeneca focuses on the discovery, development and commercialization of prescription medicine. More information about SYMBICORT can be found at MySymbicort.com.

Austin Dillon is a two-time NASCAR Champion, 2017 Coca-Cola 600 winner and 2018 Daytona 500 champion. He is in his fifth full-time season in the Cup Series driving the legendary No. 3 Chevrolet Camaro ZL1.