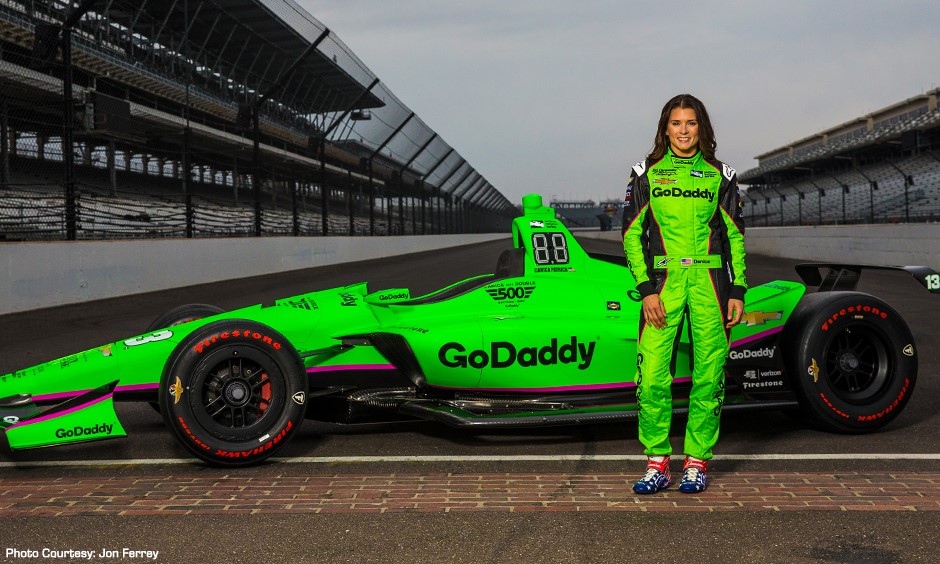 It’s getting real for Danica Patrick.

Sponsor GoDaddy unveiled this morning on social media platforms the No. 13 Chevrolet that Patrick will drive in the 102nd Indianapolis 500 presented by PennGrade Motor Oil in May, in what she has announced will be the last competitive race of her groundbreaking career. It will bring the first woman to lead the crown jewel of Indy car racing full circle to conclude her racing at the venue that launched her stardom.

Patrick and the Ed Carpenter Racing entry emblazoned with the GoDaddy logo shared center stage Monday at Indianapolis Motor Speedway for a photo/video shoot ahead of today’s launch. The bright green car is reminiscent of the one she is most remembered for during a seven-year Verizon IndyCar Series career from 2005-11 before she ventured to stock cars.

Gazing at the car, decked in her matching green firesuit, Patrick sensed the authenticity of the moment.

“It’s pretty damn real, it’s completely real," said Patrick, who turned 36 on March 25. “Yeah, I’m excited. It scares me a little bit to look at how small that rear wing is, but hey, I’m sure there’s (downforce) grip somewhere – more grip than I’m used to."