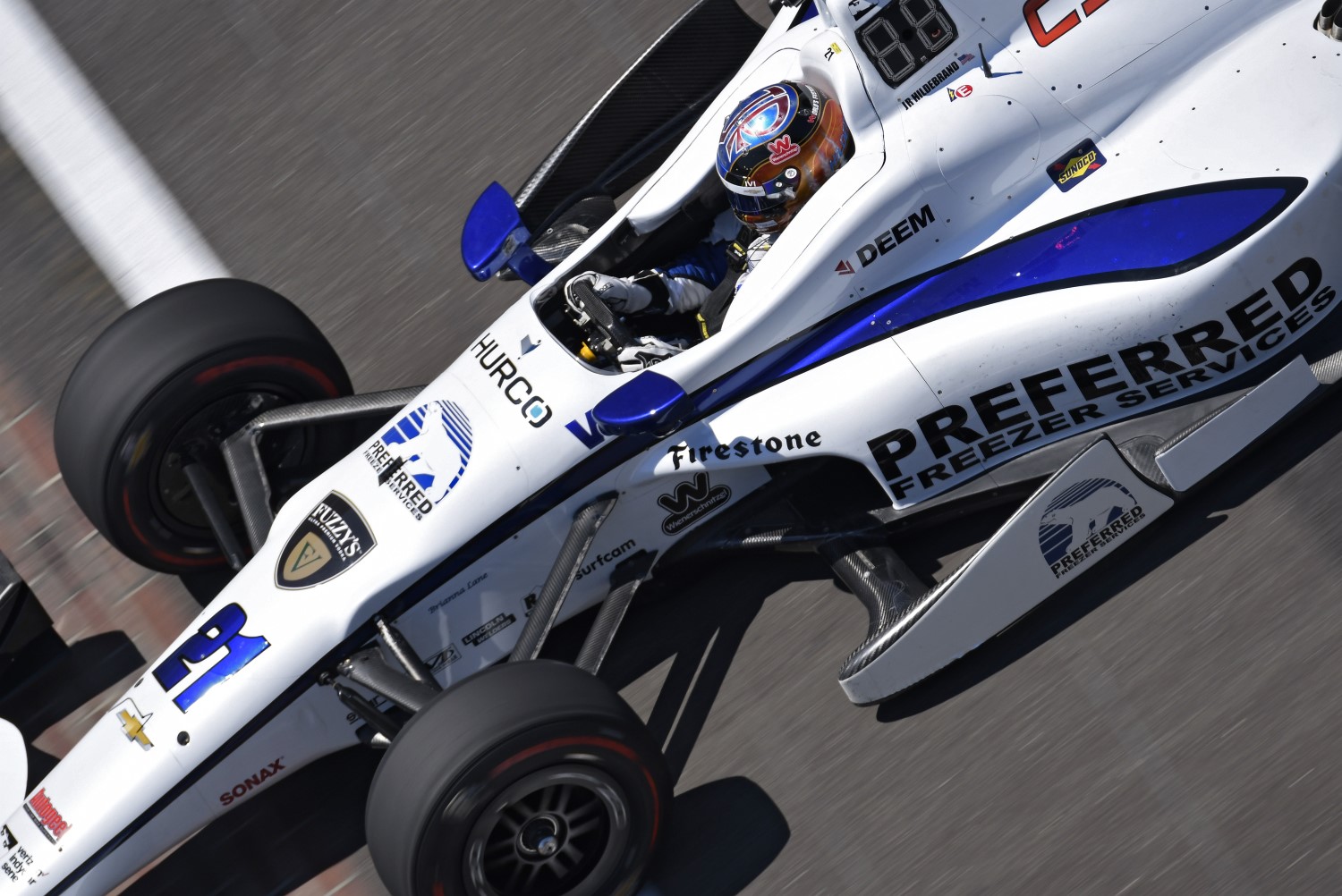 Preferred Freezer Services will continue as a sponsor of Ed Carpenter Racing in the Verizon IndyCar Series for the fifth-straight season.

ECR’s No. 21 Chevrolet will showcase the blue and white Preferred Freezer Services colors at four Verizon IndyCar Series races this year, including the 102nd running of the Indianapolis 500.

Preferred Freezer Services, a global leader in advanced design and engineered temperature-controlled warehouses, first teamed up with Ed Carpenter Racing to field a second car for the team in the 2014 Indianapolis 500.

The company has supported ECR’s Month of May program each year since, serving as primary partner on five entries in the 500-mile race in the past four years. Of those five entries, four have yielded top-10 finishes, including a third-place finish in 2016. After two seasons as the road and street course driver for ECR, Spencer Pigot has moved to the No. 21 this season and will compete in the No. 21 Preferred Freezer Services Chevrolet.

“As I have been a part of Ed Carpenter Racing for the past couple of years, I know the history of Preferred Freezer Services with the team and I am honored to now drive a PFS car myself," said Pigot. “We are fortunate to have such great partner in PFS who has been continually committed to helping the team grow and succeed. I am also excited for that extra bit of luck the PFS colors tend to bring ECR at Indianapolis!"

The Preferred Freezer Services Chevrolet will revert back to a predominately blue scheme, last seen on the No. 21 in the 2016 Indianapolis 500. The livery will return to the track for the first time at the 2018 Toyota Grand Prix of Long Beach. The No. 21 will also run as the Preferred Freezer Services Chevrolet at the IndyCar Grand Prix and the Indianapolis 500, both held at the Indianapolis Motor Speedway. Additionally, PFS will adorn Pigot’s car at the Honda Indy Toronto. PFS will continue as an associate on the No. 21 for all other races this season.

“It is great to have Preferred Freezer back and to carry them on our cars all year long," said team owner Ed Carpenter. “It is always ‘cool’ to have the giant polar bear around. We are proud to have a PFS car at the Indianapolis Motor Speedway for a fifth straight year."