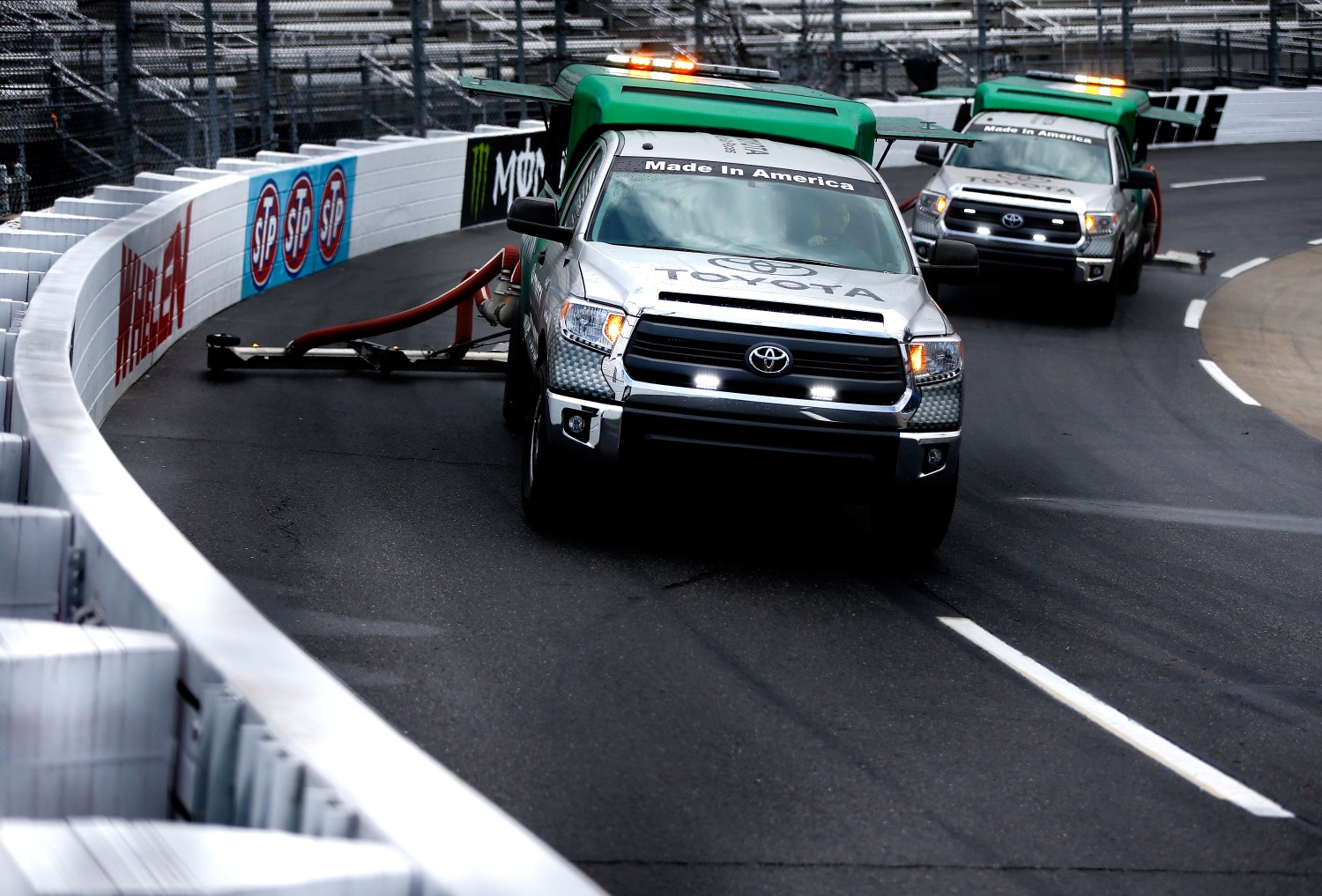 The starting grid has been set per the provisions in the NASCAR rulebook. Starting positions are based on the current Owner’s points.

There will be 18 Camaro ZL1 drivers competing in Sunday’s 500-mile race. Kyle Larson will lead the way for Team Chevy starting in seventh in the No. 42 Credit One Bank Camaro ZL1.

Rain/Snow started as the NASCAR Camping World Truck Series event began and the forecast does not show any window throughout the remainder of the day.

The STP 500 is scheduled to begin on Sunday, March 24th at 2 p.m., ET and will be aired live on FoxSports1, MRN and Sirius NASCAR Radio Channel 90.