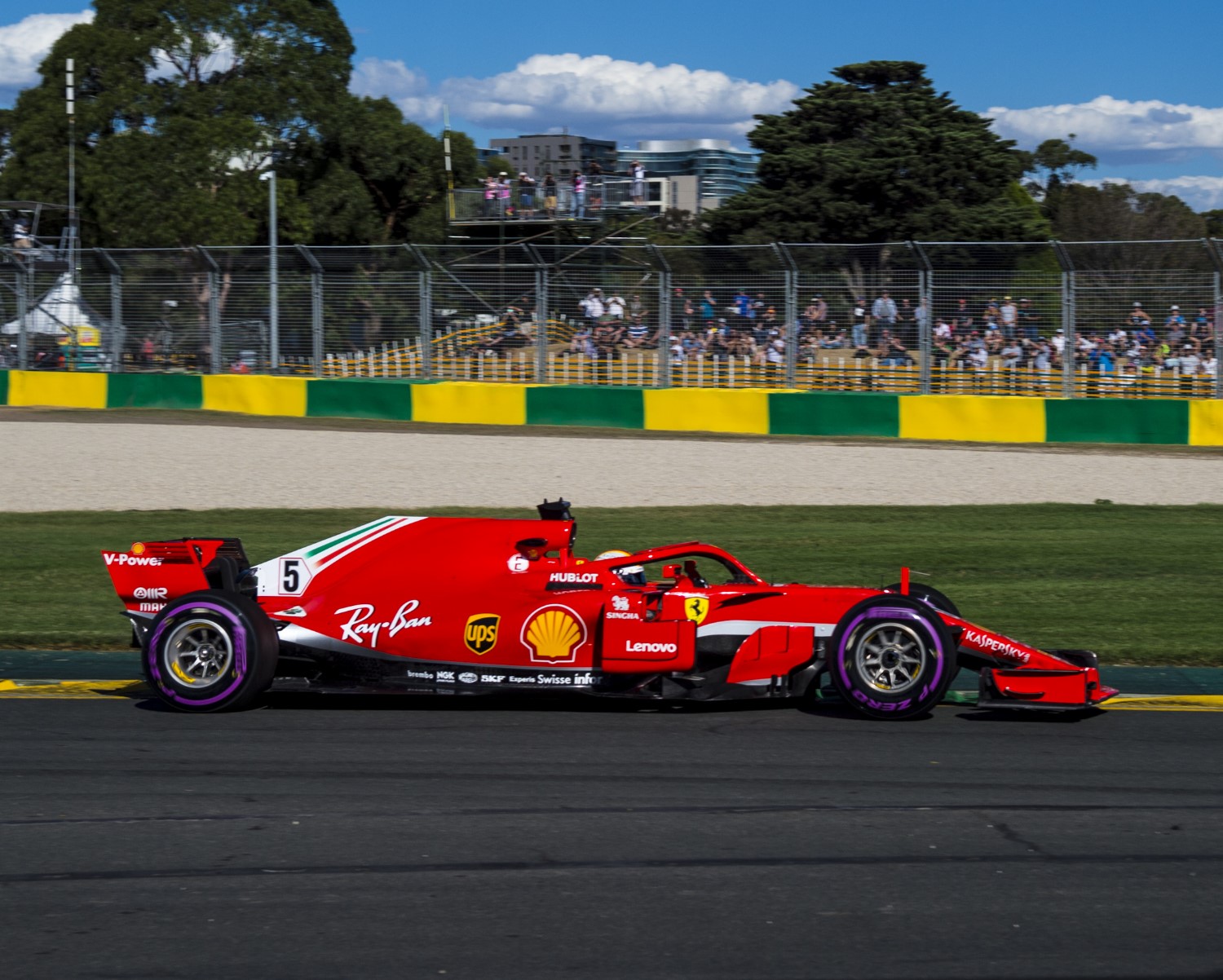 In the end it will be meaningless but Sebastian Vettel timed his fastest lap perfectly on a drying track in Melbourne to lead a Ferrari one-two in final practice for the Formula 1 season-opening Australian Grand Prix.

The Ferrari driver slapped on the ultrasoft tire in the dying seconds of the hour-long session that resulted in him going fastest at the flag with a 1m26.067s – more than two seconds clear of the rest of the field.

Because of the rain, most of the running was on intermediates on Saturday morning.

Teammate Kimi Raikkonen and Sauber's Marcus Ericsson were second and third quickest, having also run the ultrasoft right at the end of the session, while Max Verstappen was the best of those to have run the grooved Intermediates.

Wet conditions thanks to the morning thunderstorms meant the first 10 minutes was mostly exploratory running on the full wets.

Lance Stroll's running was limited by a gearbox repair and the Force Indias set no time.