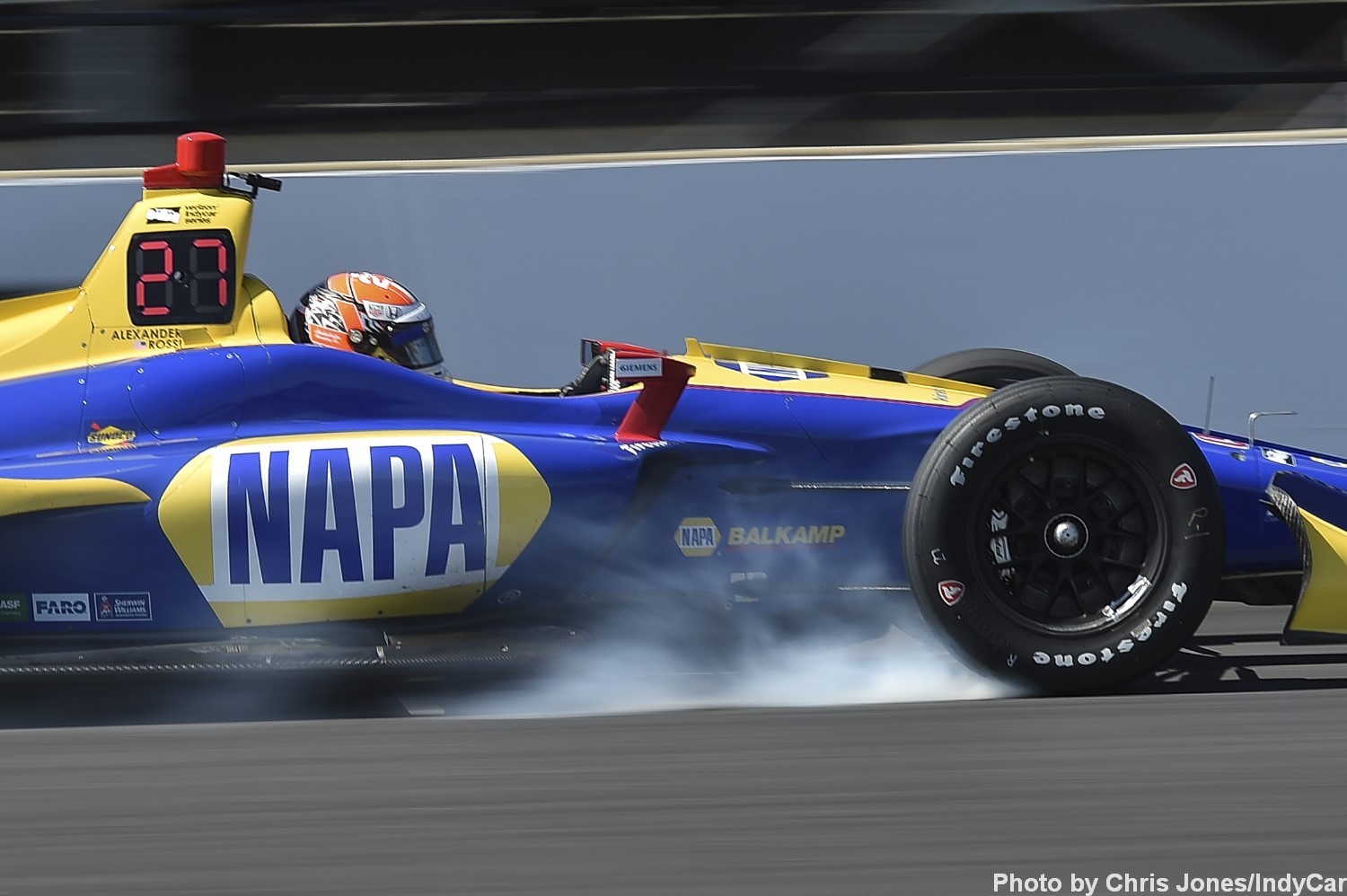 On a frigid day that saw the start of testing delayed until temperatures rose above the low 30s, Andretti Autosport's Alexander Rossi topped Friday's IndyCar test session on the Indianapolis road course. The 2016 Indianapolis 500 winner clocked a lap of 1m09.08s in his NAPA Honda to beat Will Power.

"I'm happy that we were able to have a productive test after the weather washed us out at Barber [earlier this week]," said Rossi.

"We as a team are working very hard, day in, day out, and days like these are a representation of that."

Behind Rossi and Power, rookie Jordan King was third with a time of 1m09.19s in the Fuzzy's Chevy for Ed Carpenter Racing.

"Very positive day; the team responded well to what I asked from the car and we made good progress," King told Racer

"It's going to be 10-15 centigrade warmer when we come back but it was a good day for Spencer and I."

Sebastien Bourdais in the Dale Coyne Racing Honda was sixth, 0.2s faster than teammate Pietro Fittipaldi, in the #19 DCR car.