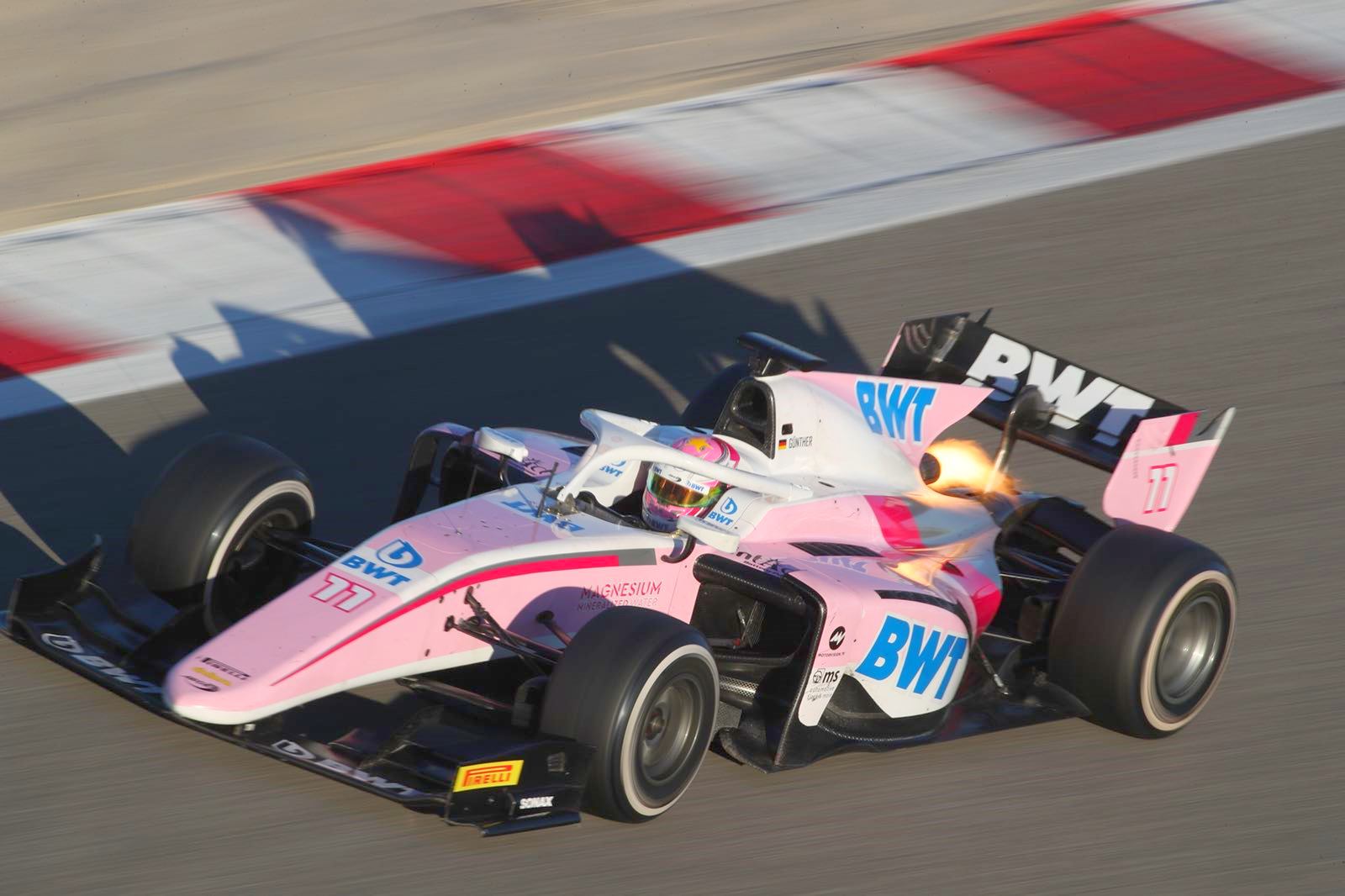 Roy Nissany of Campos Vexatec Racing jumped the rest of the field onto the track, beating DAMS’ Alexander Albon and Fukuzumi out of the pitlane. Gunther led the opening stages, making up for a lack of running from the previous day’s afternoon session to take the early advantage.

Although Trident’s Arjun Maini – holder of yesterday’s fastest lap – briefly leapfrogged the German driver, Gunther quickly reclaimed the top berth on the timing screens with the only lap in the 1m42s, ending the first hour on top, accosted soon after by Deletraz and RUSSIAN TIME’s Tadasuke Makino.

Jack Aitken (ART Grand Prix) brought out the red flag shortly after the second hour, coming to a halt at turn 8, leaving 45 minutes of the session to run after the track went live once more. Multiple teams took the opportunity to practice tire changes, with the pitlane becoming a hive of activity after the green flag.

As attention turned to race preparation, Gunther’s time remained unchallenged throughout the rest of the session, staying three tenths of a second ahead of Deletraz, as Russell completed the top three ahead of teammate Aitken. Carlin’s Sergio Sette Camara moved ahead of Makino for fifth, as Maini and Luca Ghiotto (Campos) grabbed seventh and eighth. Albon and Charouz’s Antonio Fuoco completed the top half of the field.

Ghiotto was the first driver on track for the afternoon session, taking the initiative ahead of the two Charouz drivers to commence the post-break running. The Italian headed the early timesheets, before Roberto Merhi (MP Motorsport) ended the first half-hour on top with over a second’s advantage over the field.

Although Fuoco, Makino and his RUSSIAN TIME teammate Artem Markelov spent periods of time nestled behind Merhi in the standings, the Spanish driver kept them at arm’s length to retain control of the timing boards going into the final hour of running as the majority focused further on race simulations.

Markelov then came to a halt to bring out the first red flag, the session resuming with 45 minutes left on the clock, before Ralph Boschung (MP) brought out a second just quarter of an hour later. The restart shuffled the order somewhat, with Fukuzumi ending Merhi’s hold on first position before Gunther returned to the top of the pile shortly after.

In the final ten minutes, Fukuzumi surged to the lead of the timing boards to complete Arden’s lock-out of both sessions. Gunther completed a one-two for the British team with Fuoco third, as Camara and Markelov completed the top five. Long-time leader Merhi ended the day sixth, ahead of British duo Norris and Russell – the latter clocking in 58 laps over the afternoon’s running. Makino held the ninth-best time, as Sean Gelael (PREMA) grabbed tenth ahead of Albon.

The Formula 2 season will officially begin in two weeks’ time – returning to Bahrain – from the 6-8 April for the first races of 2018.