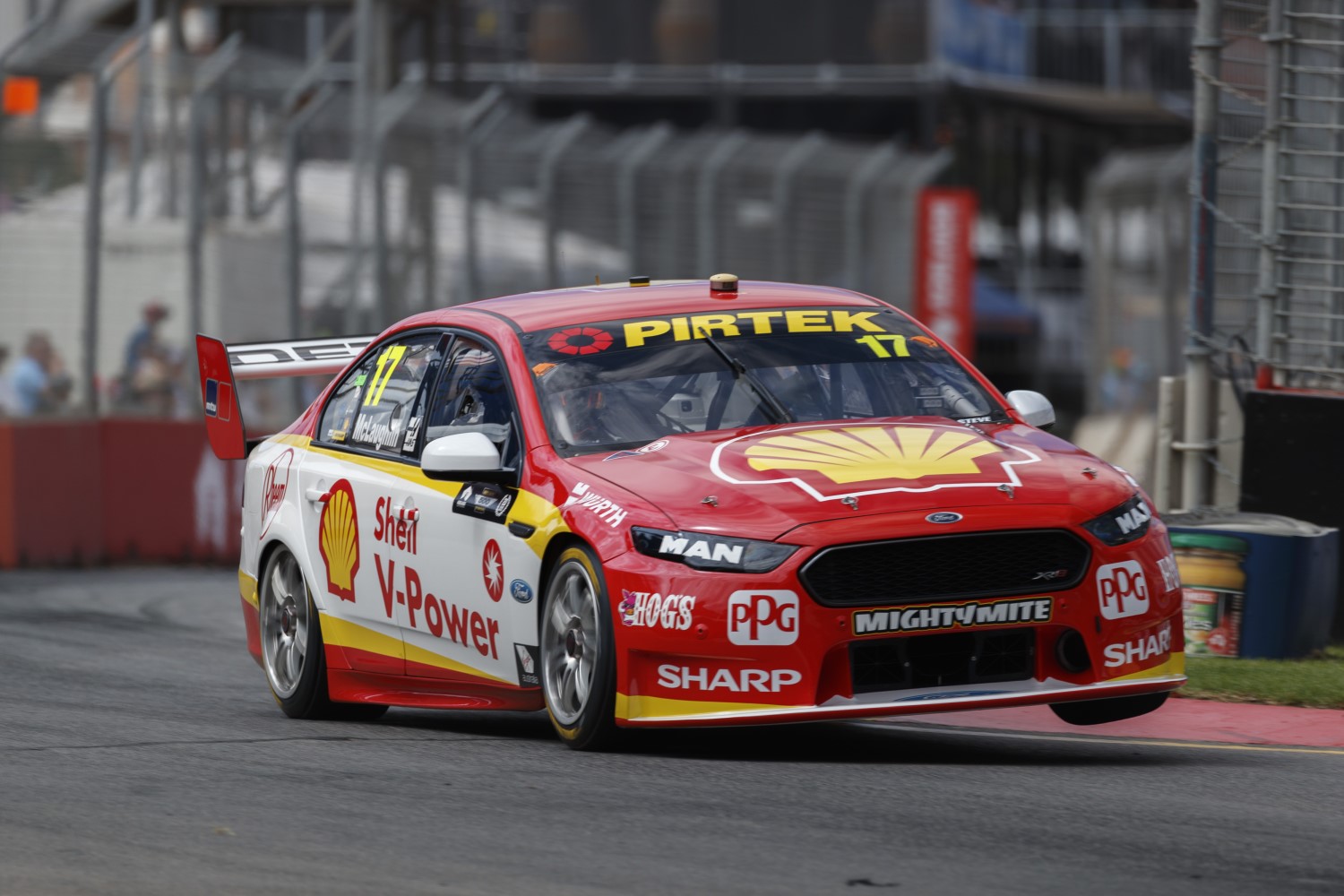 The flying Fords fought back in the first fight for Championship points at the Australian Grand Prix with Scott McLaughlin and Fabian Coulthard erasing the Commodore inflicted memories of the Supercars season opener in Adelaide.

McLaughlin claimed the first ARMOR ALL Pole Position of the weekend in one of two qualifying sessions in the Coates Hire Melbourne 400 at the Australian Grand Prix, with seven-time Supercars Champion Jamie Whincup staging his own comeback from a rare DNF in the last Adelaide race to take the second front row spot.

The trio were either one, two or three in both sessions with Cam Waters and Chaz Mostert, both in Ford Falcons, sharing fourth spot in each session. Dual Adelaide winner Shane van Gisbergen finished fifth and seventh following his domination of the last event.

Whincup’s 1:54.9974s was good enough to beat Shell V-Power Racing’s McLaughlin by just 0.0882 seconds in the second session with Coulthard third, a further three tenths behind.

“We improved the car from run one to two," Whincup said. “Definitely [the track condition for] run two was slower though, than Q1, which was weird, but we did the same time, so happy days.

“The car was good and the driver did a good job, which was a bit of a change. I got the most out of it.

“There’s still a few mechanicals going on behind the scenes that we’re not proud of, we need to clean up, but hopefully we’re not doing a 4am-er like day one in Adelaide."

The dual qualifying sessions set the grid for the first of the four races, all for the first time for Championship points, with the first a 70km sprint and the second a 130km fuel and tyre race in the Albert Park twilight tomorrow evening.

Much of the paddock talk had been about roofs, bonnets and composite parts after Holden dominated in Adelaide yet the Fords, as they did in Melbourne last year, fought back with McLaughlin setting the fastest Supercars lap in history at Albert Park.

McLaughlin led Coulthard in the first of two 10-minute ARMOR ALL Qualifying sessions when he set the first sub 1m:55s lap of the weekend. Whincup was third for the session.

Whincup reversed the trend in second qualifying for tomorrow’s longer race from McLaughlin and Coulthard with a third Ford, with Cam Waters in fourth.

The final two qualifying sessions to set the grid for races three and four are at 1.50pm and 2.10pm, followed by the first race of the weekend at 5.50pm.