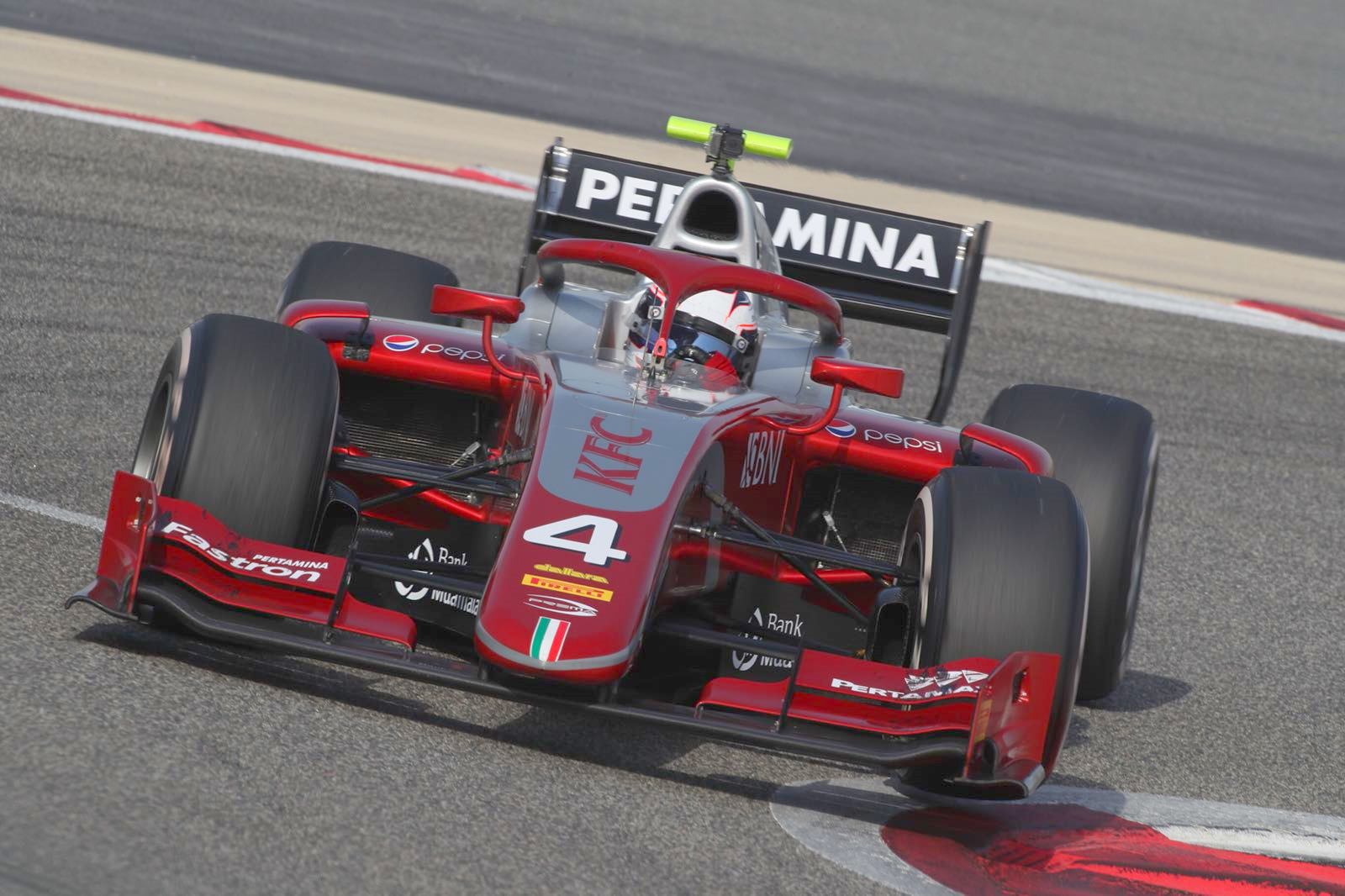 The morning session began in warm conditions – rising as high as 27 degrees Celsius – and the field was led onto the circuit by MP Motorsport’s Roberto Merhi, with Jack Aitken (ART Grand Prix) and Santino Ferrucci (Trident) just behind as the circuit went live. The teams spent the first hour logging installation laps, until Ghiotto set the first flying lap in the 1m44s boundary.

The Italian then bested his time by 0.7 seconds after the halfway point of the session, putting him out of reach from countryman Antonio Fuoco (Charouz), which remained the benchmark throughout the remainder of the morning having been set on medium compound tires.

The second half of the session was considerably more stop-start than the first, a red flag for Alexander Albon’s stranded DAMS car at turn 13 preceded another stoppage for Trident’s Arjun Maini who stopped on the start/finish straight with half an hour remaining on the clock.

An even warmer afternoon greeted the competitors with temperatures approaching 30Â°c. ART, having gone without setting any flying laps in the morning, took to the circuit first with Aitken, as Maini and George Russell – also of ART – joined him on track in the early stages.

Markelov brought out the only red flag of the afternoon, coming to a halt at Turn 8 before managing to get going again. Merhi topped the timesheets after the opening runs, but the first hour ended with Albon having taken the advantage ahead of Fuoco by under a tenth of a second. Deletraz then took the advantage, beating the morning’s best time to go quickest overall with the first sub-1m44s lap of the test.

There was little change at the top for a long period of time, save for Fuoco’s return to second, but a flurry of activity in the final hour brought Maini and the Carlins of Lando Norris and Sergio Sette Camara towards the top.

Deletraz’s time looked to be unassailable, before De Vries beat the Swiss driver’s time by two tenths to go quickest overall in the final ten minutes of running. Norris claimed third ahead of Maini, as Fuoco hung onto fifth from Ralph Boschung (MP Motorsport). Ghiotto edged GÃ¼nther and Sette Camara for seventh, as Aitken completed the top 10.

Tomorrow’s session will commence from 9am local time until 12pm, before returning at 2pm for the afternoon session, finishing at 5pm.