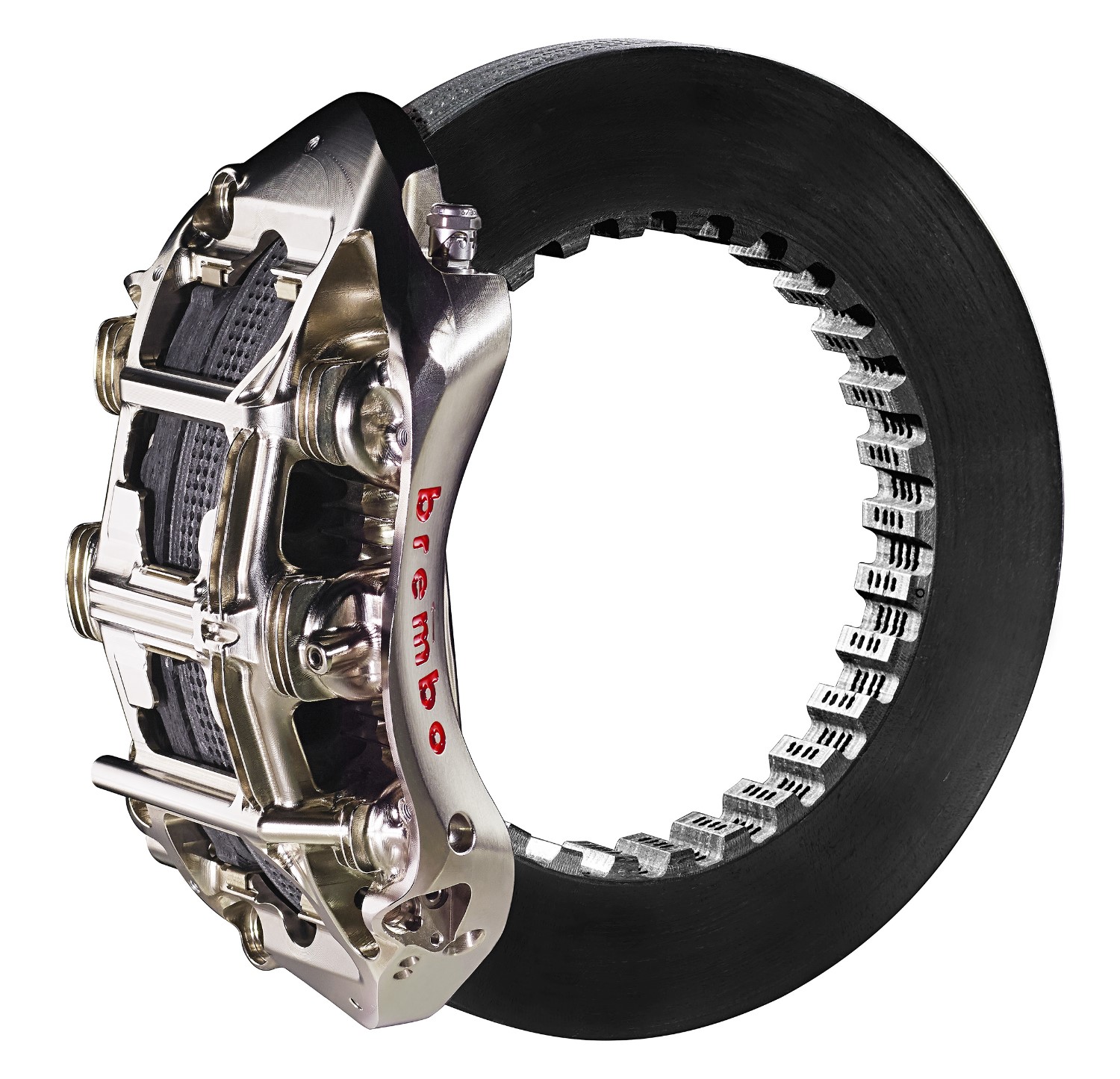 Brembo reconfirms its commitment in the Formula 1 World Championship which, as per tradition, starts with Australian GP, scheduled this year from 22nd to 25th March.

The introduction of a softer tires compound compared to the one used in the last seasons, named Hypersoft, will result in an improvement in the grip of the cars, with a consequent slight increase in the braking torque.

A minimal change compared to the one of 2017 season, when the increase in tire width and the growth of single-seaters performance determined a significant improvement of braking torque compared to 2016.

The increase in the braking torque, even if contained, determines an increase in the temperatures of braking systems. To overcome this issue, Brembo has improved the ventilation of brake discs: now each disc features almost 1,500 ventilation holes in the most extreme versions, one hundred more than those on the discs of 2017 season.

The majority of the cars will use front discs with 32 mm thickness and rear discs with 28 mm. Depending on the temperatures expected during a Grand Prix and the specific race strategy, each driver can choose between 3 different options of Brembo discs: approximately 900 holes, 1,200 holes or 1,500 holes.

The other great innovation of 2018 is the introduction of Halo, which has increased the weight of single-seater of about 7 kg, far beyond the variation of the minimum weight established by the regulation (from 728 kg to 733 kg). This has led the teams to identify new areas on which apply the “weight loss".

In addition to the traditional 6-piston calipers, maximum value established by the regulation, Brembo will supply some teams with 4-piston calipers to be used at the rear to meet the requirements of the teams for a greater lightness. For this axis the braking torque is reduced, thanks to the presence of energy recovery: the result is a less cumbersome and lighter caliper.

Each team, according to the specific needs of the car, defines together with Brembo technicians the optimal ratio between weight and stiffness that the brake calipers must have. The sophisticated design methods available for Brembo engineers will make it possible to design for each team a brake caliper model that will optimize the desired weight-stiffness ratio. In this situation some teams will prefer lighter but also less stiff calipers, while others will opt for more conservative solutions characterized by greater stiffness but also greater weight. A delicate balance allowing Brembo to develop in a totally autonomous and separate way the braking system for each team.

Choosing a type of caliper, each team usually maintains it for the entire season, thus using it both for the most demanding circuits and for those less heavy for the braking system, and for both drivers. On circuits featuring a lot of brakings in sequence, the temperature of calipers reaches 200Â°C.

Using the sensors, the teams know in every moment the temperature of discs and calipers: in this way they are able to calculate disc and pad wear. Evaluating these data, technicians are able to signal to the driver any indications to modify the brake balance of the car: this communication occurs when anomalies are found compared to previsions.

On average each team orders from 10 to 15 sets of Brembo calipers: this number allows to safely face any accidents and the lack of availability of some sets for revision. The useful life of a Formula 1 caliper does not exceed 10,000 km, during which periodic revisions are scheduled and carried out directly by Brembo inside of its production departments. As regards friction material, during the season Brembo supplies to each team from 140 to 240 discs and up to 480 brake pads.