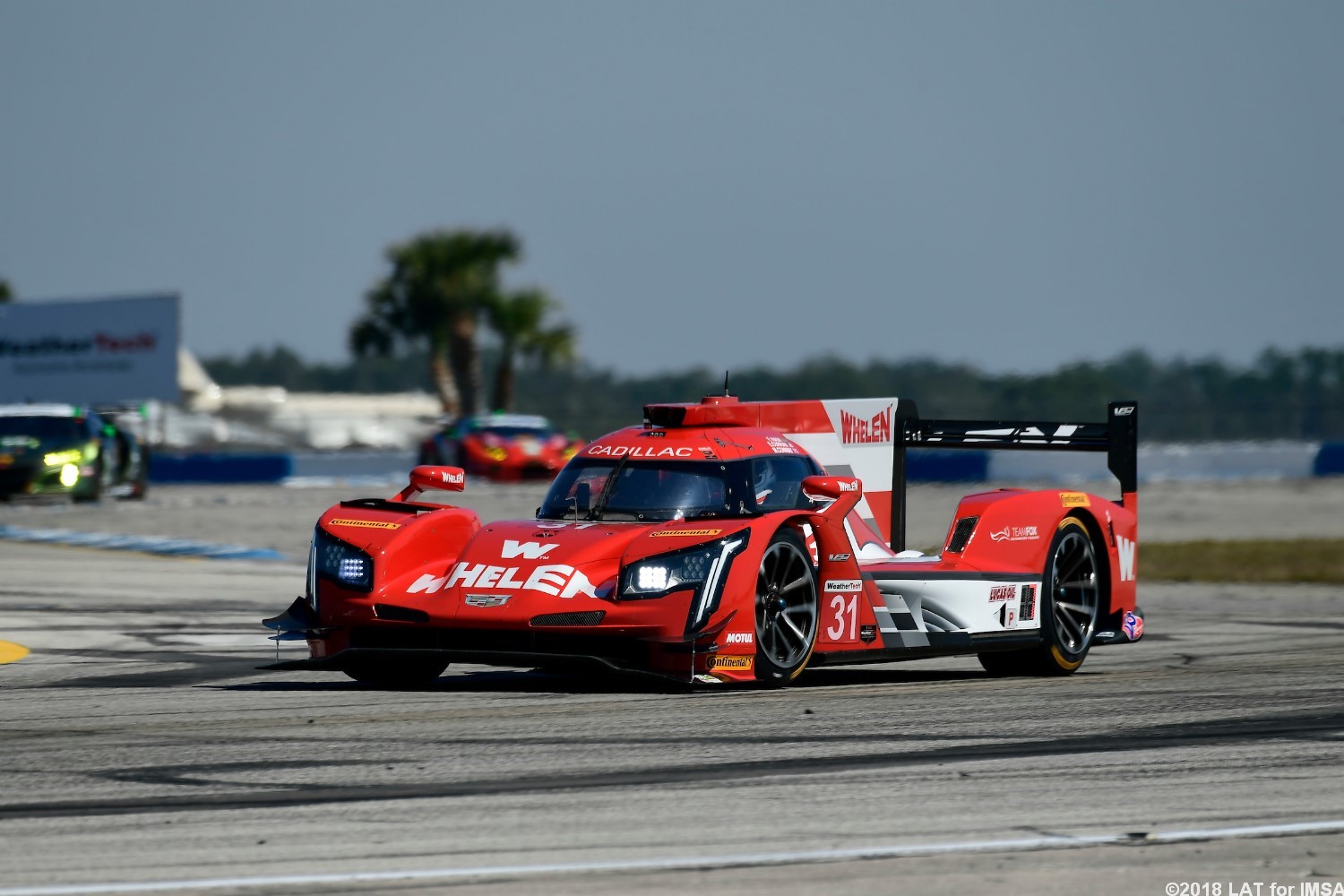 The #31 Cadillac with Eric Curran at the wheel and the #22 ESM Nissan with Nicolas Lapierre driving were in a close battle at the front as the race crossed the 1/4-mark, but they really are not the leaders once pitstops cycle thru.

IAlessandro Pier Guidi led in GTLM in the No. 62 Risi Competizione Ferrari 488 GTE, followed by Ryan Briscoe in Gianmaria Bruni in the No. 912 Porsche GT Team 911 RSR and Frederic Makowiecki in the No. 911 RSR.

In GTD, Sheldon van der Linde leads in the No. 29 Montaplast Audi R8 LMS GT3, followed by Corey Lewis in the No. 48 Paul Miller Racing Lamborghini Huracan GT3 and Kyle Marcelli in the No. 14 Team 3GT Lexus RCF GT3.