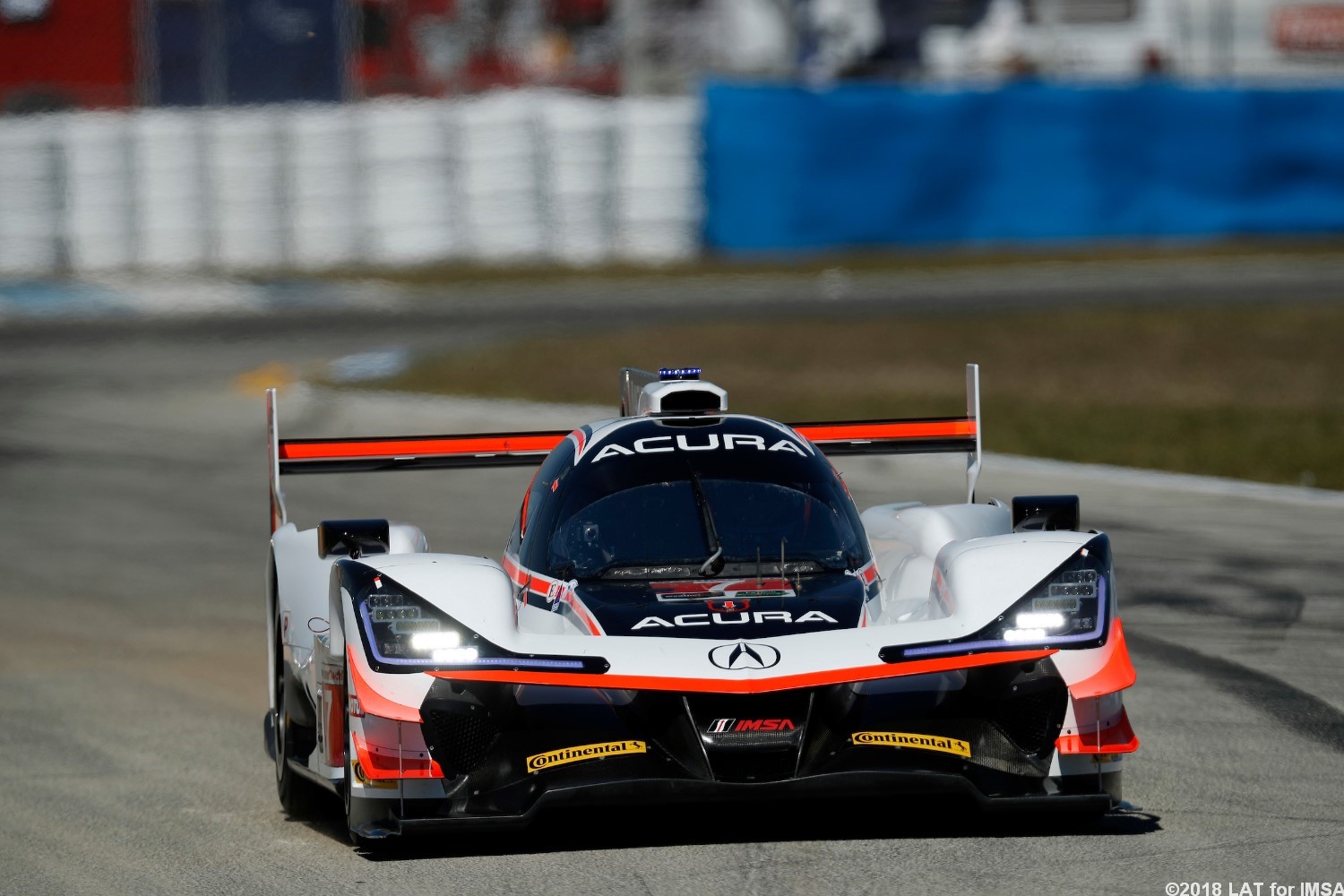 Helio Castroneves led the way in opening practice for the Mobil 1 Twelve Hours of Sebring on Thursday.

The session was halted with 11 minutes remaining when Justin Marks had an apparent failure in his No. 93 Michael Shank Racing Acura NSX GT3 and slammed heavily into the tire barriers.

Marks appeared uninjured as he climbed from the car, but with the car sustaining extensive nose damage and barrier repairs required.

IMSA officials decided to throw the checkered flag early as a result.