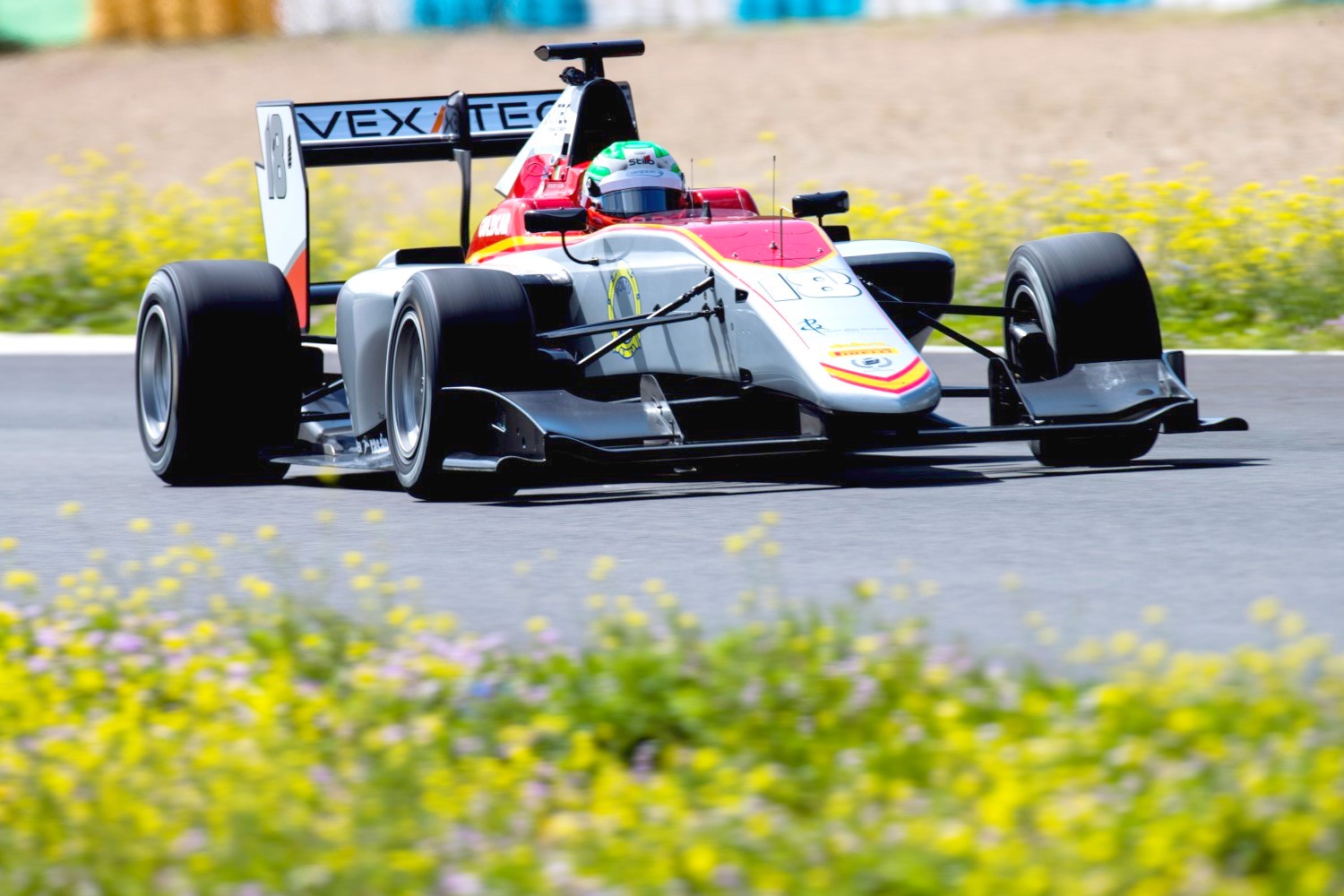 Overnight rain had once again created difficult conditions to open the day at the circuit, culminating in plenty of wet tire running in the morning. Piquet left the pitlane first, followed swiftly by MP Motorsport’s Niko Kari, before the entire field filtered out to get acquainted with the damp track.

Simo Laaksonen (Campos Racing) set the early pace in the opening hour, which stood firmly at the top of the timing boards as the track initially took some time to dry out. A red flag was called before the end of the first hour, as Hughes stopped at Turn 5 to bring a short interlude into the morning’s action.

ART got the session back underway with Callum Ilott, Anthoine Hubert and Nikita Mazepin all going out first, but Laaksonen’s time remained untouched well into the second hour as most teams elected to run race simulations. Juan Manuel Correa (Jenzer Motorsport) was the first driver to trial slick tires, but was unable to overhaul the Finnish driver’s lap despite setting a number of personal best times. Jenzer’s David Beckmann usurped Laaksonen inside the final hour having stuck with wet tires.

With 30 minutes to go, Kari and teammate Dorian Boccolacci enjoyed a clear track with slick tires, and took advantage immediately to occupy the top of the timesheets – clearing Beckmann’s best wet time by four seconds. The pair set about raising the bar ahead of a late flurry of activity, in which Ilott, Hubert, Beckmann and Boccolacci all spent short spells leading the timing boards.

The session ended with Ilott on top, pipping Hubert to first place as Mazepin completed an all-ART top three. Leonardo Pulcini (Campos) was fourth ahead of Boccolacci, as Beckmann finished sixth with 46 laps on the clock, the highest of the session. Giuliano Alesi (Trident) was seventh by just one thousandth of a second from Laaksonen, as Kari and Joey Mawson (Arden International) completed the top ten.

The afternoon was a far sunnier affair, and Ryan Tveter of Trident and Jenzer’s Tatiana Calderon were the first drivers to hit the track, before quickly ducking for cover after a burst of drizzle hit the track in the first 10 minutes. Pulcini got the action back underway as the rain quickly retreated, setting the early pace in the session with a time in the 1m30s.

Hubert and Correa immediately joined the Italian in the same time bracket, before the former leapfrogged Pulcini towards the end of the first hour of running. Boccolacci briefly took control of the standings, before ART once again rose to the top with Ilott, Hubert and Hughes occupying the top three at the midpoint of the session.

The ART trio continued to shuffle positions throughout the afternoon, with Hughes taking the advantage ahead of the final hour of running. Pulcini then returned to the top with 30 minutes remaining, accosted by Piquet as the Brazilian also leaped ahead of the ART drivers.

Despite a number of drivers ending the session with some quick laps, Pulcini’s time remained the quickest ahead of Piquet, as Hughes beat teammate Hubert to the third fastest time. Calderon occupied fifth place ahead of Ilott, with Alesi seventh. MP duo Kari and Boccolacci were eighth and ninth, as Laaksonen ended the day in the top ten.

The final GP3 Series pre-season test will take place at the Circuit de Barcelona-Catalunya, Spain from the 17-18 April, ahead of the first round of the season – which also takes place in Barcelona.