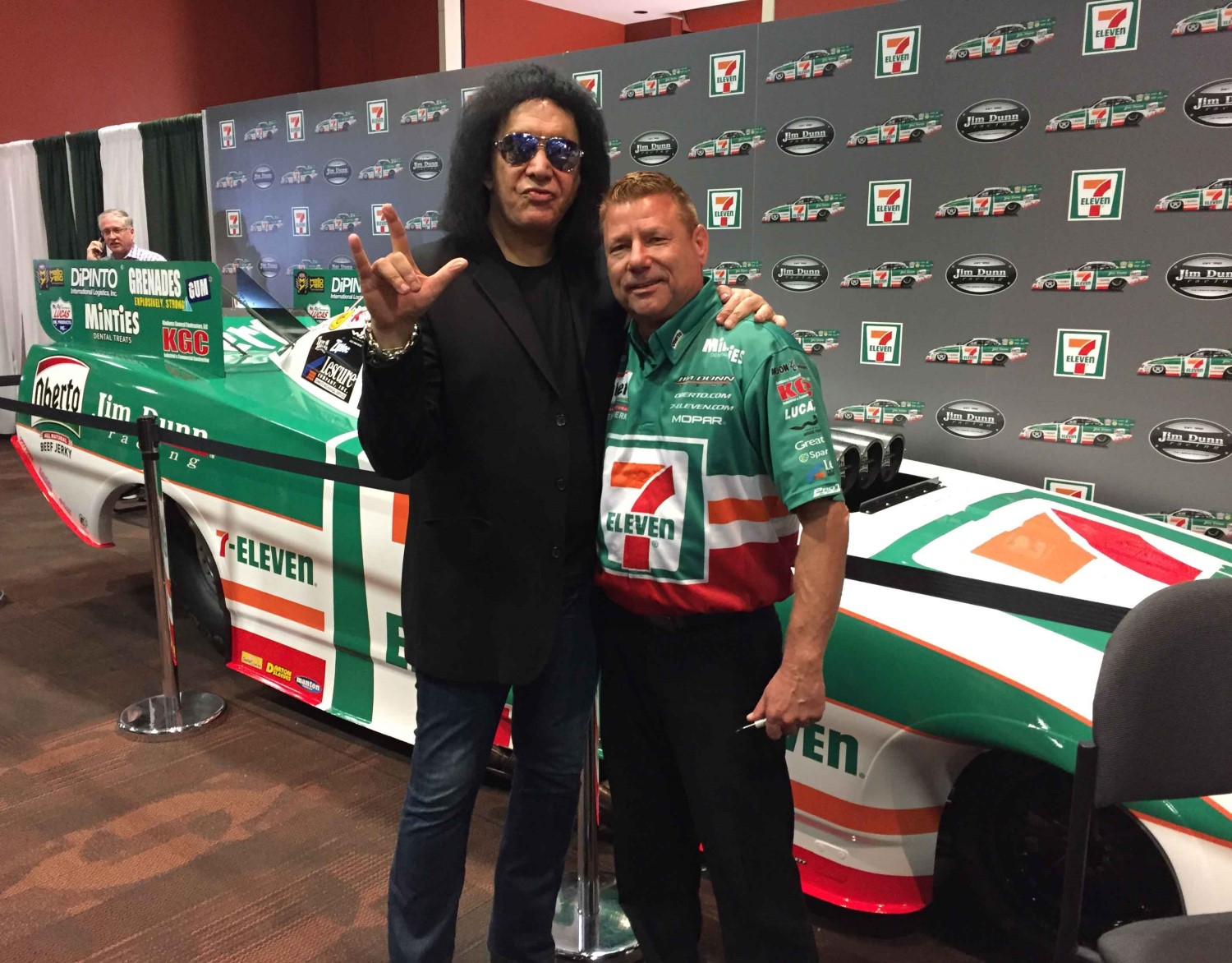 The Gatornationals will be the first of multiple primary sponsored races for 7-Eleven and Oberto Beef Jerky with Jim Dunn Racing this season. The partnership between the race team, c-store retailer, and product vendor has grown over the past three seasons to include the race team in high profile events such as the franchisee convention. Jim Campbell found himself signing autographs among other notable celebrities including Gene Simmons from KISS, Dallas Cowboys quarterback Dak Prescott, former baseball slugger Jason Giambi, and IndyCar driver Tony Kanaan.

Campbell interacted with franchisees for two days of the convention. “Meeting with 7-Eleven franchisees about Oberto Beef Jerky products and getting to know the other autograph talent at the convention was a blast. When Gene Simmons came over to me and said, ‘I love Funny Cars’, it was awesome. I got to catch up with Dak Prescott as he and I had met previously and had a few minutes to talk. Kanaan and I signed autographs at last year’s convention together, so it was good to reconnect with him as well," Campbell said.

Jim Dunn Racing is looking forward to warmer weather as the drag racing tour heads to Florida, making its first east coast stop on the 24-race NHRA Mello Yello circuit. Fans can follow the team on Facebook at @JimDunnRacing, and watch the Fox Sports broadcasts throughout the race weekend.